Taste perception is not a new mechanism in fruit flies. The taste of ammonia and its derivatives to fruit flies was enigmatic. The earth has a plentiful deposit of ammonia and its derivatives. Nitrogenous compounds are derived from the decomposition of many plants and animals cells. Ammonia and urea are the decomposition derivatives of protein, whereas rotten fruits are abundant in polyamines such as putrescine. These organic compounds can be recycled as a source of nitrogen groups such as amines, amides, and anilines, which are central for developmental and physiological processes in both plants and animals. In nature, ammonia concentration is in the range of 10-20 mM in the cassava plant leaf and the cattle manure1,2.

Animals, including insects, depend on chemoreception for feeding, mating, and escaping from predators. Fruit flies possess specialized taste neurons on their labella, legs, pharynx, wing margins, and ovipositor. Flies can sense sweetness, bitterness, sourness, saltiness, and water like humans. Most taste sensilla harbor four distinct GRNs, of which two are attractive GRNs (sweet-sensing and water-sensing GRNs) and two are aversive GRNs (bitter-sensing or calcium-sensing GRNs). Ionotropic receptors (IRs) are broadly expressed chemoreceptors in the peripheral sensory systems involved in chemosensation, thermosensation, and hygrosensation3-6.
In nature, amine-containing compounds have been identified as important kairomones in host-seeking insects in addition to eliciting aversive taste responses. Ammonia and putrescine are olfactory cues for many anthropophilic insects, including Anopheles mosquitoes. The perception of ammonia as an olfaction cue has been investigated in flies and mosquitoes. However, only a few studies have assessed the gustatory mechanisms of ammonia perception7,8.
Here, we elucidated the gustatory mechanisms by which fruit flies sense ammonia and its derivatives present in plant- and animal-derived decay products. We also elucidated molecular sensors that are required for the gustatory perception of naturally-occurring nitrogenous waste products.

Further, to investigate the molecular basis of ammonium sulfate, ammonium chloride, urea, and putrescine perception we performed both behavioral and physiological assays with adult flies. We found deficits in three mutants of the broadly required IR25a and IR76b receptors, in addition to a newly identified IR51b mutant from 28 Ir mutants, which were expressed in the labellum and taste sensilla that surround the legs and wing margins. To further support the indispensable role of these three IRs to respond to nitrogenous wastes, rescue experiments were conducted using a GAL4/UAS system. These genetic experiments indicated, upon rescuing the deficits of these mutants, the candidate ionotropic receptors Ir25a, Ir51b, and Ir76b are indispensable for the taste avoidance of nitrogenous compounds in the fruit flies.

To investigate the genetic recapitulation of ammonia taste receptors, we assessed whether these three genes were sufficient to elicit taste-induced avoidance of nitrogenous compounds in flies. Our findings indicated that three IRs (IR25a, IR51b, and IR76b) were involved in the gustatory detection of nitrogenous waste products via heteromultimeric channel formation; however, ammonia sensing could not be recapitulated in sweet-sensing GRNs.

In invertebrates, the vast majority of chemical stimuli in the environment are recognized by members of two evolutionarily related chemosensory receptors: the odorant receptors (ORs) and the GRs. However, recent studies have indicated that IRs are likely the most ancient chemoreceptors and thus predate ORs and GRs, as their existence can be traced back prior to the deuterostome-protostome split.

Figure: Taste perception of ammonia in the fly labellum through the activation of bitter-sensing gustatory receptors neuron

Although ammonia acts as a chemical attractant that enables some parasitic organisms to detect their hosts, it can also be used to kill or repel bed bugs, ants, rats, fleas, and snakes. Here, we demonstrated that fruit flies avoided nitrogenous waste products both when selecting their food and when laying their eggs, presumably these compounds are potentially toxic. Despite the differences in the mechanisms of chemical sensation between arthropods and humans, the identification of ammonia-associated taste sensors in insects provides important insights into how animals perceive and react to specific chemicals. 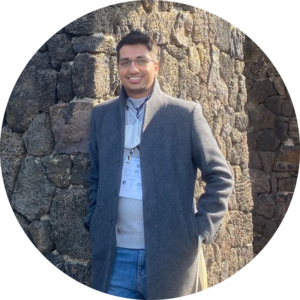 +2
Charles McClean and 2 others
How do emotions and reward guide social decisions?
Contributor Nature Human Behaviour
Behind the Paper