Our research reveals that stress changes the way we deal with risky information—results that shed light on how stressful events, such as a global crisis, can influence how information and misinformation about health risks spreads in social networks.
Wolfgang Gaissmaier
Full Professor, University of Konstanz
Follow
Like

Two pandemics are currently keeping the world in suspense: The first is the ongoing pandemic of coronavirus disease 2019 (COVID‑19) with more than 4 million infections in 187 countries and almost 300,000 fatalities as of May 12, 2020. The second is a pandemic of misinformation and fake news that seem to spread even more rapidly than the virus itself that has been labelled ‘infodemic’. This infodemic has severe repercussions on the efforts to control the spread of the virus and fuels societal polarization. It is therefore important to understand the psychological mechanisms of how information, and misinformation, about health risks spreads in social networks, and how risk perceptions are shaped and potentially amplified during this social process.

Previous research, both by others and ourselves, has uncovered (at least) two relevant mechanisms in this regard: First, negative (i.e., alarming) information spreads further than positive (i.e., alleviating) information. And secondly, people are more likely to share information with others if that information fits to what they already believe; even when confronted with balanced information that covers both sides of an argument, people from both sides feel that their view is supported, and they will focus on and share this side predominantly. Through these two mechanisms, opinions (such as the perception of health risks) get socially amplified by means of communication, especially within groups of like-minded individuals.

In our present research, which has been published in Scientific Reports, we investigated how acute stress influences this social amplification of risk perception. Since we are often under acute stress even in normal times and particularly so during the current health pandemic, it seems highly relevant not only to understand how sober minds process this kind of information and share it in their social networks, but also how stressed minds do.

To investigate this question, we used a slightly adapted version of a previously developed paradigm for studying the social dynamics of risk perception. In this paradigm, participants are asked to read articles about a controversial chemical substance that really exists, but of which most of our participants have never heard before (the chemical agent Triclosan), thereby ensuring that their risk perceptions are not already set. Participants report their risk perception of Triclosan before and after reading the articles, and they tell us which information about Triclosan they would pass on to others. Just prior to this task, half of the group was exposed to an acute stressor, the Trier Social Stress Test (TSST; involving public speaking and mental arithmetic in front of an audience), while the other half completed a control task. The TSST is a well validated stressor which leads to reliable increases in subjective stress perception, the stress hormone cortisol, and activation of the sympathetic nervous system (which it also did in this study). It is important to note that this stress induction was completely unrelated in terms of its content to the communicated risks of Triclosan, as we were interested in the general effects of the physiological state of being stressed (or not) on risk perception and the sharing of relevant information. Besides this endocrine stress reaction, we also assessed our participants’ subjective feelings of stress.

Thus, our results uncovered a complex pattern of relations between endocrine and subjective stress, risk perception, and the sharing of information. On the one hand, an acute endocrine stress reaction can attenuate risk perception when information about risk is exchanged in a social context. This indicates that adaptive processes are at play after acute stress to regulate emotions, with cortisol being crucial in mediating these effects. Neglecting negative information about potential risks could be a natural defense mechanism to reduce anxiety while an acute threat is present, so that we remain capable to respond. On the other hand, feeling stressed can amplify risk perception. Thus, when people perceive their current situation as stressful, even for reasons that are completely unrelated to the risk at hand, this may lead to being more alarmed about that risk, and also to fueling the risk perception of others by spreading more alarming information. The acute endocrine stress reaction may thus contribute to underestimating risks, whereas feeling stressed may contribute to overestimating risks, and both can be harmful: Underestimating risks can increase incautious actions such as risky driving or practicing unsafe sex. Overestimating risks can lead to unnecessary anxieties and dangerous behaviors, such as not getting vaccinated.

Revealing these differential effects of stress on the social dynamics of risk perception is therefore not only relevant from an individual, but also from a policy perspective. Coming back to COVID-19, it highlights that we do not only need to understand its virology and epidemiology, but also the psychological mechanisms that determine how we feel and think about the virus, and how we spread those feelings and thoughts in our social networks. 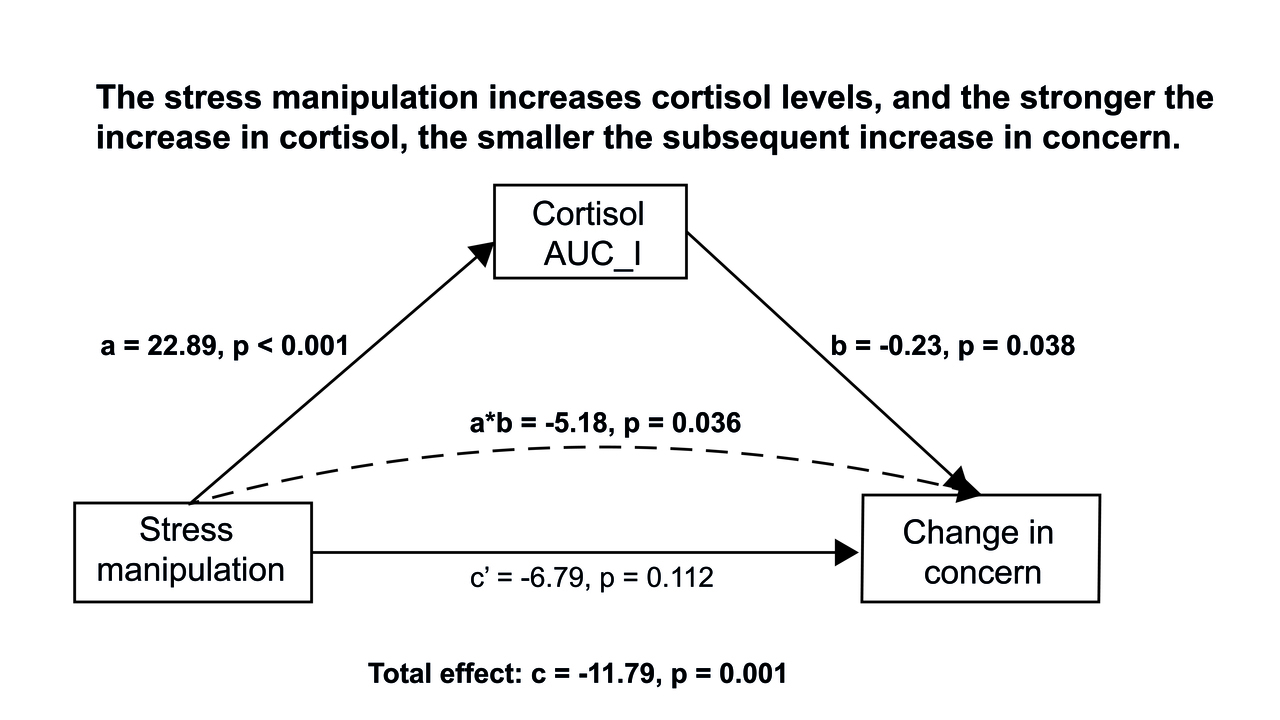 Our research reveals that stress changes the way we deal with risky information—results that shed light on how stressful events, such as a global crisis, can influence how information and misinformation about health risks spreads in social networks.