Behind the Paper of the Nature Energy article 'A systemic approach to mapping participation with low-carbon energy transitions'.
Jason Chilvers, Rob Bellamy, Helen Pallett & Tom Hargreaves
4 contributors
Like Be the first to like this
0

What’s the problem with public engagement?

When it comes to energy and climate change the common assumption used to be that publics have a deficit of understanding to be corrected with improved communication or bypassed altogether. Climate change is so urgent we need to put democracy on hold, some said.

Such perspectives still persist of course, but it is now more commonly accepted that achieving net zero depends on the meaningful engagement of society. Citizen engagement is central to programmes for achieving net zero across a number of countries, as well as global processes in the lead up to COP26. Many now say we need more not less democracy in tackling problems of energy and climate change.

These are vital and encouraging developments. However, the received wisdom that often underpins drives towards public engagement also has its problems. These problems can hold back low carbon transitions, certainly ones that are just.

For organisations and groups faced with the problem of public engagement the received wisdom goes something like this: “The public are not really engaged with energy and climate change, so we need to engage them.” “We need to engage representative groups of individuals in opinion polls and citizen deliberations to aggregate their views on particular decisions and gain public acceptance.” “We also need to prompt behavioural changes so individuals make decisions to cut carbon emissions in their daily lives”. There’s obviously more to it than this. But the emphasis is on inviting ‘the public’ to engage with an urgent transition that is already set by those in power.

In our new Nature Energy article we show how this received wisdom has in many ways got the problem wrong. Drawing on a more open way of seeing the problem of participation we demonstrate a new way of doing public engagement with energy and climate change.

The origins of this alternative perspective are in science and technology studies (STS) and related disciplines going back well over a decade. In our Science, Society and Sustainability (3S) Research Group at the University of East Anglia one of us had begun developing this alternative perspective through an ESRC Seminar Series in 2009-2011 which was later captured in the book Remaking Participation.

This and other works in STS have a radically different way of thinking about public participation and citizen engagement compared to the received wisdom. First, in response it would say: “There’s no deficit of engagement, the public are already engaged with energy and climate change in so many ways!” Second, it takes issue with the idea that publics engage as individuals, suggesting that they engage and are constructed through collective practices which shape what they think, say and do (for example, someone is likely to express these things differently through a deliberative process compared to a protest group, they become different kinds of public in each). Third, it is artificial to view public engagement as occurring in discrete isolated processes relating to particular decision moments. Publics are engaging with multiple issues often simultaneously and forms of public engagement interrelate together in wider systems.

Some of us had begun to apply these new ways of theorising participation to studying the co-production of diverse public engagements across energy system transitions, when the then Director of the UK Energy Research Centre (UKERC) got in touch. Jim Watson saw a role for this kind of work in the Third Phase of UKERC and we devised a project.

UKERC takes a whole system approach to energy system transitions, yet approaches to public engagement in theory, research and practice had not historically done so. This is another feature of the received wisdom, which sees public engagement as carried out through highly specific pre-given methods, approaches, theories and communities – like behaviour change, deliberation, community energy, activism, digital engagement, and so on – that only attend to specific parts of wider systems. Could we go beyond existing social science approaches to develop a systemic approach to participation?

We combined the STS theory from Remaking Participation with elements of systematic review and comparative case analysis to devise a new method for mapping diverse forms of public participation and engagement across whole systems. Applying this to the UK energy system revealed the sheer diversity of different forms of public engagement (as shown in the figure below). The 258 cases identified challenged preconceived notions (both our own and those of others) of what public engagement is, as well as what it is for, and revealed interrelations between them.

Figure. A mapping of diverse forms of public participation and engagement in the UK energy system (from Chilvers et al. 2021).

As reported in our article, we found that mapping publics and participation in this way can reveal inequalities, exclusions and emergence in forms of public engagement across systems, which would otherwise be left untraced by the received wisdom. Such mapping methods can be ends in themselves, producing more plural and comprehensive insights into what publics think, say, and do compared to discrete engagement approaches. They reveal multiple contending visions of a transition that is not already set. But, as we demonstrate in our article, mappings like this can also transform the design of new citizen engagement processes across systems.

In the 3S Research Group some of us had a longstanding involvement in developing Deliberative Mapping (DM), a participatory options appraisal method pioneered by Gail Davies, Jacquie Burgess, Andy Stirling and others in the early 2000s. DM was developed to ‘open up’ the problem framings, inputs and outcomes of participation in ways that overly consensual deliberative approaches like citizens’ juries - and now citizens’ assemblies - can fail to do.

However, DM adheres to a deliberative model of participation, analogous to citizens’ assemblies, where individual public participants are selected to be reflective of key socio-demographic characteristics in a wider population. Such approaches can claim to be representative of individual (groups of) citizens, but can’t speak for the many other models and ways of engagement on the map in the above figure – which, as we show in our article, produce different citizen visions, values and actions in low carbon energy transitions. Or can they?

We ran DM in its standard deliberative format, but also challenged it to connect with other already existing models of participation identified in the energy system. Linking DM up with smart energy consumer, activist, and grassroots innovation groups with already existing models of participation, produced additional visions, values and perspectives on low carbon energy transitions.

To observatories and beyond

Given the challenging theory, findings and practical implications of this research we were pleasantly surprised to find different actors in government, business, NGOs and civil society highly receptive to it. Early findings from our mapping work informed the formation of a cross-sector working group - co-convened by UK Government, Innovate UK and us in UKERC, and involving representatives from government, industry and civil society organisations – to develop a system-wide national Citizen-centred Low Carbon Transition (C3T) plan.

One recommendation from our UKERC research project and the C3T working group was to set up a national Observatory to map and monitor public engagement with energy and low carbon transitions on an ongoing basis. In the current Fourth Phase of UKERC we have established the Observatory for Societal Engagement with Energy and Climate Change (SEE) to do this. As we write this, the mapping methods reported on in our article, that underpin the work of the Observatory, are already being used by other research groups internationally and by governments in other countries to assist the development of climate policy ahead of COP26. We are also applying these approaches to emerging technologies, such as the use of AI and algorithms in public services.

Mainstream approaches like behaviour change initiatives, opinion surveys and citizens’ assemblies can play a role but are not enough in themselves to address problems like energy and climate change. As we show in our article, they miss out the many different ways that citizens are already engaging across systems and on their own terms. The systemic approach to participation presented in our article addresses this for the first time, offering an alternative to the received wisdom and a more comprehensive approach to public engagement with national energy and net-zero transitions, which can also be applied at local, regional or global scales. We are excited to join with others in taking forward this new way for public participation and engagement in the years ahead.

Professor of Environment and Society, University of East Anglia 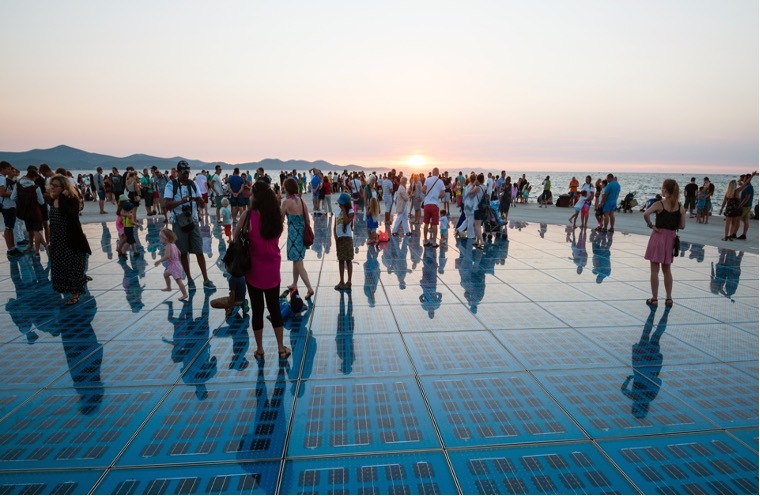 Behind the Paper of the Nature Energy article 'A systemic approach to mapping participation with low-carbon energy transitions'.