Like humans, marmoset caregivers exhibit individual parenting styles. Among these, infant tolerance is in part regulated by a subregion of the medial preoptic area enriched with calcitonin receptor-expressing neurons.

In this Behind the Paper post we will elaborate on some of the findings in our study published in Communications Biology while also discussing their broader implications. In ‘A calcitonin-receptor-expressing subregion of the medial preoptic area is involved in alloparental tolerance in common marmosets’ we show that neuron-specific lesions, produced with N-methyl-D-aspartic acid (NMDA), of a subregion of the medial preoptic area (MPOA) that also contains neurons that express the calcitonin receptor (Calcr) disrupt infant carrying behavior in common marmoset alloparents. This finding is important because (a) it shows for the first time that the MPOA is involved in the parental behavior of a primate, (b) it emphasizes alloparental behavior, and (c) it is a first step toward understanding the molecular makeup of MPOA neurons involved in marmoset parenting.

The figure below shows that NMDA lesions of MPOA, while not affecting retrieval (the initial picking up of an infant), significantly increase rejection and decrease carrying  of infants by marmoset alloparents.

Approximately 95% of mammalian species exhibit a uniparental maternal care system. In these species, the postpartum mother is the sole caretaker of her infant(s) and the physiological events of pregnancy and parturition influence brain mechanisms to activate maternal motivation. Importantly, the MPOA is a site where pregnancy hormones act to stimulate the onset of maternal behavior at parturition. Alloparental behavior is shown in mammalian species that are either communal breeders (postpartum lactating females share in the care of each other’s infants) or cooperative breeders. The hormonal and other physiological events of pregnancy and parturition are involved in the allomaternal behavior shown by lactating communal breeders, but these factors are not essential for alloparental behavior in cooperatively breeding mammals. About 3% of mammalian species are cooperative breeders, and common marmosets are one such species. In these species, alloparental behavior occurs when older (non-breeding) siblings, instead of dispersing, remain in the family group and help the biological parents care for more recently born offspring. Infant carrying is a crucial shared parental response in marmosets. Therefore, alloparental behavior in cooperative breeders is relatively emancipated from control by the physiological events of pregnancy and lactation since it occurs in non-breeding individuals. It has been proposed that in cooperative breeders the MPOA has become a relatively open system which would allow infant stimuli to access MPOA neurons that regulate parental behavior without the need for prior priming by the physiological events of pregnancy and parturition. Significantly, the anthropologist Sarah Hrdy has provided evidence that traditional hunter-gather human societies are cooperative breeders with allomaternal behavior being a dominant characteristic, suggesting that such behavior was essential for infant survival during early human evolution. These points also fit with our knowledge that nulliparous women can adopt infants and become excellent mothers. Therefore, an understanding of how the MPOA and other subcortical neural mechanisms influence parental behavior in marmosets may provide insights into the neural regulation of human parental behavior (see below).

The current study was based, in part, on a previous study from Kumi Kuroda’s laboratory which showed that selective silencing of MPOA neurons that contained the Calcr severely disrupted parental behavior in mice. The authors concluded that the Calcr is a molecular marker for MPOA neurons involved in the parental behavior of mice. They also showed that the Calcr and the ligand that activates it (one possibility is amylin) are involved in risk-taking maternal behavior in mice (that is, maternal behavior that occurs under challenging/stressful environmental conditions). Since MPOA neurons that contain the Calcr also express other receptors including estrogen receptor alpha, it is possible that other molecular systems are also critically involved. As shown in the mouse study, the ability to mark or identify neurons in the MPOA that are essential for parental behavior opens up an avenue to further explore the nature of these neurons, such as their neurotransmitter content and their afferent and efferent connections.

In the current study, Calcr-expressing MPOA neurons were not selectively silenced. Instead, neurotoxic NMDA lesions destroyed approximately 65% of the neurons in the MPOA subregion that also contained neurons that expressed the Calcr. Since these lesions likely eliminated neurons that did and did not express the Calcr, future studies similar to those performed on mice will have to be undertaken to test whether Calcr-expressing neurons, and Calcr molecular signaling, are involved in alloparental behavior in marmosets.

The involvement of the MPOA in the parental behavior of mammals, including primates, indicates that MPOA neurons are part of an evolutionary conserved parental neural system. Therefore, it is highly likely that MPOA neurons are also involved in human parental behavior. Indeed, correlational evidence provided by fMRI neuroimaging studies suggests that this is the case. The subcortical MPOA is part of a behavioral neural system that regulates the attraction of a parent to infants and that contributes to the formation of a parent-infant behavioral bond. Neuroimaging studies in humans also indicate that cortical neural mechanisms contribute to parental mental states. Cortical brain regions involved in feeling states such as maternal love and in emotional and cognitive empathy are expected to influence adaptive parental behavior. This view indicates that feeling states and cognitions need to be translated into behavior for effective parenting to occur. Neuroanatomical studies on non-human primates and imaging studies on humans indicate that brain regions involved in maternal love and emotional and cognitive empathy are capable of reaching the MPOA through first projecting to the medial prefrontal cortex which then projects to the MPOA. Therefore, in humans, the MPOA may be an essential hub involved in the translation of parental emotions and cognitions into adaptive parental responses.

By understanding the neuroanatomy, neurochemistry, and molecular biology of all parts of the parental neural system, we gain insights into how dysfunctions within this system could lead to faulty parental behavior, such as child neglect and abuse. 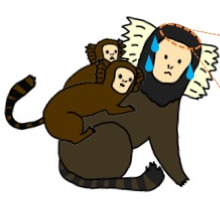