The Corona crisis has strongly reduced CO2 emissions. Such short-term effects are nice, but mean little for climate protection. However, we know from past crises that they can speed up transformation processes. With the right policy responses, the crisis can be a turning point to carbon-neutrality.

As the Corona crisis hits one country after the other, extreme policy responses to contain infection paralyse national economies around the world. As a side effect, also our pollution decreases: skies are clear in metropolises across the world, wild animals dare to venture into our cities, and CO2 emissions plummet. While these pollution reduction effects are positive in the short term, except perhaps for the occasional puma wandering the streets, many have already observed that they are no reason for celebration: because the emission reductions are caused by economic paralysis, and not by structural change, emissions will increase again when the economy restarts. Nothing has changed for the better: when our countries restart, we will fly the same airplanes, heat our homes with the same oil burners, and turn up the very same coal power stations that we had before.

We have seen many crises in the past, and in terms of CO2 emissions, all have had the same effect: a brief dip in emissions, and then a bounce-back to roughly the same trajectory again, as displayed in Figure 1. In graphs of global yearly CO2 emissions, even very dramatic crises are hardly visible. To a large extent, this is because economic crises tend to be either relatively short or limited in space. Most countries are not strongly affected or the effects pass quickly so that, globally speaking, economic growth (and with it consumption and emissions) continue growing more or less as before.

However, zooming in to the countries hardest hit by these crises presents a different picture, suggesting that in these places, structural change really did happen. Figure 2 below shows the CO2 emission trajectories of eastern European Union countries hit by the turmoil of the collapse of the Soviet Union in 1990/1991 and of southern European countries and Ireland, among the most affected countries in the financial and Euro crises starting in 2008.

Second, as these economies started picking up pace again, the emissions did not increase or bounce back. In the East, most economies were growing again by the mid-1990s, and by 2017, the economies had grown by a factor between 4 and 10 since 1995[1]. Despite this remarkable economic development, CO2 emissions remained roughly constant, and in several countries they continued decreasing moderately during recovery. In the South, recovery is much more recent and trends very short, but also here, short-term economic recovery generally outpaces the increase in emissions. Despite the economic recovery (+2% in Greece, +48% in Ireland), emissions have been roughly constant since the end of the crisis in 2014, except in Portugal and Cyprus. The lack of an emissions bounce-back suggests that structural change did happen.

Why don’t emissions bounce back up?

These examples clearly show that economic crises can lead to structural change. In Eastern Europe, the structural change was very dramatic, with the inefficient, energy-intensive Soviet-era industry all but vanishing in the early 1990s. Indeed, the key aspect of that crisis was that inefficient industries could not survive in market competition with the West: the structural change was the crisis. Economic recovery, then, necessarily happened through the build-up of modern industries, using modern and much more energy-efficient technology. In Eastern Europe, economic recovery and modernisation of industries were identical processes, with the side-effect of CO2 emissions not increasing despite strong economic growth. This can be seen in the different energy trajectories of the Eastern European countries. In the Baltic States, the industry collapsed in 1991, and both the energy consumption and CO2 emissions more than halved in five years. In Poland, in contrast, the industry energy demand did not collapse immediately in the early 1990s. There, energy consumption and CO2 emissions decreased only weakly, especially as its vast coal industry, including coal power sector, remained (Eurostat, 2008). Today, the Polish coal sector remains a main polluter and CO2 emissions source in Europe, whereas the Baltic countries, especially Lithuania, have rebuilt their energy sectors and integrated them with the low-CO2 systems of Sweden and Finland.

In Southern Europe, where the long-term effects of the crisis are yet unknown, it seems that the economic downturn may have sped up already ongoing processes. For example, Spain and Greece, both strongly reliant on coal power, including CO2-intensive lignite, before the crisis, have halved their coal power generation compared to pre-crisis times; both Spain and Greece have decided to entirely phase out coal during the 2020s, on climate and economic grounds (Eurostat, 2019).

Can the Corona crisis trigger structural change towards a carbon-neutral energy future?

By looking at developments in single countries, and not in global aggregates, it is apparent that economic crises can trigger structural change. Deep economic crises can lead to the emergence of green(er) structures and reduced emissions, both immediately and in the long run, if the recovery is coupled with modernisation. If the Corona crisis is deep and long, which we fear will be the case, then many countries – or the whole world – may be in for a recession resembling what Eastern Europe faced in the 1990s, with mass-bankruptcies followed by reconstruction – and hence also by modernisation. However, meeting the targets of the Paris Agreement requires CO2 emissions not only to decrease, but to fall to zero within the next few decades. Hence, greener structures, as have arisen after the discussed crises, will not suffice: we need entirely carbon-neutral recovery.

In some cases, carbon-neutral structural changes from the Corona crisis may have already happened and do not require a policy response. For example, most of us have already, after 6 weeks of lockdown, gotten used to video conferencing and will continue using it afterwards. We do miss the informal chat with colleagues and friends over too sweet pastry in the coffee break, but we now know that travel is not always necessary.

In other cases, transformation processes are already well under way, and will likely continue. Then, it may suffice that policy does not interfere, and structures will tip in a climate-neutral direction. For example, many national coal sectors were struggling already before the Corona crisis, and coal power stations will often be the first to be shut down if demand decreases. Recovery funds should not be used to save them, but can instead be used to dismantle them in an organised, steady manner: wind and solar power are already the least-cost kilowatt-hours, and absent dedicated support for coal power, renewables will pick up the gap after old thermal stations forced out by the medium-term decreasing demand. Hence, abandoning climate policies to save coal, as some have suggested, is not only counterproductive, but also meaningless: the coal sector, especially in Europe, is already in decline, and any recovery support will only postpone its eventual demise.

In a few cases, dedicated policy action will be required, and here recovery funds may play a vital role, to combine growth and green transformation. Electric mobility is an obvious candidate for such support from the environmental perspective, but in some countries with strong car industries, the comparatively less work-intensive e-car industry may be a threat to employment. Public investment not in highways, but in green infrastructure such as railroads, both local and long-distance high-speed links, will help both trigger growth and solve our transport problems. On the local scale, public investment to rebuild our cities to more human-centred, greener places is another option. Greening cities, replacing car lanes with bike lanes, and investing in public transport infrastructure are options that can both spur economic growth and make our cities more liveable, more sustainable places. As we have already experienced during lockdown, our cities are beautiful in the spring, especially with only half as many cars.

The Corona crisis will be one of the deepest global societal and economic crises of the last 100 years. It will be hard, but we will get through it – and afterwards, there are real chances of green recovery, if structural change and not preservation, is the guiding principle of our actions. 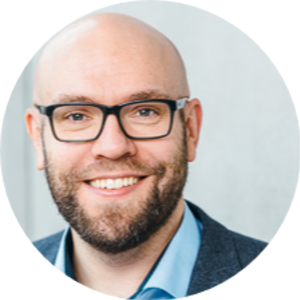 Gao Jianguo
over 1 year ago

"We do miss the informal chat with colleagues and friends over too sweet pastry in the coffee break, but we now know that travel is not always necessary."

Definitely, I hope every one of us would get used to meet via video which is also a chance to develop more powerful Virtual Reality technology.

David Parra
over 1 year ago

Dear Johan, thank you for this interesting contribution.  I would like to add a note/question. Could you confirm that the 2008 economic crisis explains the decline of coal use in Spain? Or was it just a correlation? The economic crisis  reduced markedly renewable capacity additions (mainly solar PV), but I am not sure about the direct link to coal. However, this could have been the result of policy making. Thank you in advance, David.

Johan Lilliestam
over 1 year ago

No, I cannot confirm that. We're doing the analysis (on this and several other cases right now, but it will be some time until we're done. The Spanish coal fleet has been in decline for a long time, also before 2008. What we can immediately say is that the crisis greatly reduced energy demand in industry, and that the economic recovery did not increase it again: the recovery happened either in very energy-efficient industry (I doubt it, but don't know) or in the service sector (which I very strongly believe). Quite likely, the reduced demand increased the pace of coal decline: coal power was likely the first to fall out of the generation mix as demand decreased, and coal power generation kept on falling before. This seems to be a pattern, also outside Europe: crises appear to accelerate already ongoing transformation processes (to climate-friendlier futures, or dirtier ones).

David Parra
over 1 year ago

Thanks Johan for your answer! It is an interesting analysis and I guess there must be researchers/people in Spain sho should be able to confirm these details... All the best with your research and look forward to seeing more results. Cheers.