What’s the individual mindset in front of the global crisis that calls for collective actions? Why, as individuals, sometimes we act while other times we do not?

81 days have passed since the first day I quarantined myself at home due to the pandemic. Memory of the evening of Jan 23th (1st day of quarantine) is still surprisingly clear. When I went out for groceries, I saw only a few people on the street (which was very rare as spring festival was approaching then), moreover, they were wearing face masks. As the only one on the street without the mask, I felt like naked. It was a surprise since the warnings had just went around for days then. Nevertheless, people acted promptly and cooperatively in face of the pandemic whose scale is so large that most of them hadn’t experienced before. Soon after that, the crisis inspired drastic, sweeping actions across countries, proving that it’s possible to take dramatic action at such massive scale in such a short period of time. On the contrary, another global crisis that also threatens the lives of millions of people evokes only slow actions across the globe, despite numerous international agreements having been signed. The drastic differences between actions toward these two crises raise an intriguing question: what’s the individual mindset in front of the global crisis that calls for collective actions? Why, as individuals, sometimes we act while other times we do not?

Since I was a little girl, I have had a “phobia” about climate change. At the end of the last century, when I was in primary school, awareness of the climate crisis had risen. I can recall tens of essays I wrote as homework regarding environmental friendly lifestyles, global warming, low carbon footprint and so on. At the beginning, I treated them more as homework and a way to practice my writing skills rather than a real crisis in need of attention. However, as I read and wrote more and more about this topic, the anxiety grew and started to take root in my mind, and inevitably came into being an essential part of my personality. In front of the crisis, I feel that I am sinful, since my default mode is exhaling carbon dioxide, in every breath I take.

As a young girl, it was really scary to be told that her beloved environment and lifestyle were unsustainable if vast and sweeping changes were not taken. Hence since I was young, I couldn’t help seeing myself growing into a future filled with wildfire, flood, extinction of all kinds of animals. The thought of “we are doomed” haunted me, pushing myself to take actions to reduce my carbon footprint: I seldom use plastic bags, and I am obsessed with turning off unused light. As a meat eater, I even tried to become a vegetarian for ten months. Every time I used air conditioning, the feeling of shame emerged, as if the coolness I enjoyed was stolen from the future.

“It makes no difference.”

Nevertheless, the more I try, the more I realize that these actions are so minor compared to the scale of the crisis, making them more like a self-consolation only significant to myself. Sometimes I even feel the actions I take are actually rituals rather than solutions, as it is me who bears most of the consequences (feeling more peaceful and satisfied). As an individual, I don’t have the fulcrum nor the lever Archimedes proposed, which can move the Earth. My impact on Earth is so trivial that it’s likely unmeasurable. Hence, instead of feeling contributive, I act mostly out of fear and guilt (for leaving carbon footprint every day).

“Am I sacrificing for nothing?”

From time to time, this feeling of guilty transforms into anger towards other people, who seem to brush aside this problem and keep on with their lifestyles, as if I sacrificed for nothing. Unlike my actions to prevent the infection of coronavirus, which benefits myself directly and nobody can take the benefit away, the beneficiary of my climate action is unspecific (if there are any), and the outcome can be easily counteracted by others. It’s really hard to keep my temper when my endeavors are all in vain. Without companions, hostility (to others who act differently) and loneliness might be the side effects of one’s climate action.

“Blindfold myself and have fun”

These mixed, negative, pessimistic feelings wrestle with my lust for comfort, developing a crack in my mind. As all kinds of phobia, if I don’t encounter with the scary subject, I am doing just fine. So there are times I blindfold myself, turning my eyes away from the problem. In this mindset, life is easier, more comfortable, and I appear to be more acceptable to myself. Instead of regarding myself as a guilty creature that does nothing but exhale carbon dioxide, I tend live my life and worry about something more manageable. As long as my role does not count, the climate crisis becomes something like death: scary as it is, there is nothing I can do about it.

The crack in my mind is so deep and my mindsets on this issue are so divided and incompatible. Moreover, I find this division not only in my mind but also in people around the world: some are unflinchingly devoting themselves to act on the crisis and develop all kinds of lifestyles to restrict their own carbon footprints, like Greta Thunberg. Others are indifferent to this crisis because of their insignificant roles in this worldwide issue, or their unawareness of the crisis. Despite that we are all living on the same planet and faced with similar situations, we act so differently due to our dissimilar mindsets for this crisis, specifically, the perception of the crisis as well as the role we play in it.

Different mindsets drive different actions. One inherent difference between the coronavirus pandemic and climate change is that the former is more specific and palpable, in many ways. First, the outcome: if one is infected, he/she will get sick, and there is a chance (which is also specific based on the clinical data updates daily) that he/she might die. However, the climate crisis is much more complicated: the impact of it depends on so many factors such as where we are, how old we are. Also, it’s just hard to image the impact of distant things like melting glaciers might have on us. Secondly, the solution is more specific: to prevent possible infection, one should wear a face mask, wash hands, avoid close contact with others etc. There are several simple but efficient ways for one to prevent infection. On the other hand, solutions for the climate crisis have been debated for years. As every action would result in a series of changes in society, in industry, where people live and work. What’s more, corresponding to the scale of the problem, the scale of the solution matters, which easily leads to the feeling of insignificance in individuals. Third, the feedback is more specific: we can check the number of infected people worldwide in real-time. Specially, the action benefits oneself directly and nobody can take it away. In comparison, we cannot measure the results of one’s climate action clearly: as the beneficiary of the action is beyond oneself, even beyond one’s generation, and the outcome may be compensated or magnified by some other actions people in other places take, or by nature itself.

In front of the loop that is much vaguer, individuals’ mindsets differ with less consistency, driving behaviors that vary enormously. How to unite people with these divided mindsets for collective actions remains a vital challenge in our fight with climate change. 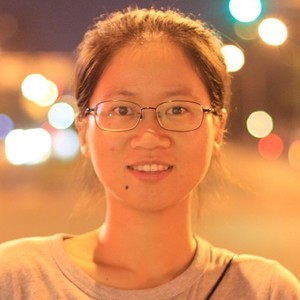 Gao Jianguo
over 1 year ago