Australia's Black Summer and its response to Covid-19 show stark contrasts in the costs of not listening to the experts.

For many of us 2020 will be one of those years we wished we could forget, in Australia our famed summer was overwhelmed by one of the worst bushfire seasons on record, then the COVID-19 pandemic shut down Australia completely. Both of these events have been nothing short of unprecedented in the effects on people, the economy and our collective psyche but these events have each been handled very differently policy-wise.

Earth day 2020 arrives to remind us that, still, an even greater threat awaits us Homo sapiens, climate change. Latest modelling and reporting continue to paint a stark picture for the planet with nations being urged to keep warming below 1.5 °C [1]. To change course nation’s like Australia which has one of the highest CO2 emission per capita and the third largest exporter of coal in the world require a major shift in policy [2].

To address the economic cost of COVID-19 the Australian Government and the Reserve Bank has provided over $300 billion in economic stimulus [3]. This stimulus is to ensure businesses can remain open and adapt as needed, for workers to re-skill and up-skill at universities, to support jobs in an economy that has had to rapidly change. It is also the largest stimulus package to ever be released by the Australian Government outstripping the stimulus provided during the 2008 global financial crisis by far. It is also a stimulus that will drive the Federal Budget into further debt for years to come, something that would never have been contemplated as an option to address climate change. This is the cost of action. This is the cost of listening to the experts and one that the Australian Government should be congratulated in their willingness to pay.

What the Australian Government’s (and indeed other governments around the world) response to COVID-19 shows is that there is a point where the economic cost has to be paid for the health and safety of the people and even more catastrophic economic costs. Black Summer was a tragedy in Australia and one that was by one economist as far back as 2008 [4] but it will not be the only effect of Climate Change. The Great Barrier Reef is facing its worse coral bleaching on record [5] which will affect Australia’s tourism industry and fisheries industry. Longer and more severe droughts will affect Australia’s agriculture and food production [6]. These are the costs of inaction on climate change, these are the costs of inaction.

Unfortunately, the cost of ignoring the experts has become all too devastatingly clear recently. The summer of 2019-20 will be known as the Black Summer in Australia. Where 33 lives were lost in bushfires, over 17 million hectares burned, 3,094 homes were destroyed [7] and smoked stretched the width of the Pacific reaching South America. Along with the direct costs of the fires there are also the indirect costs. An analysis in the Medical Journal of Australia indicates that 417 additional, smoke-related deaths occurred, along with 4000+ hospitalisations [8]. The cost of the recovery, while still too early to be completely accurate, is anticipated to reach $100 billion (about $70 billion USD) when the costs of recovery and damage to the economy are accounted for [9].

It is clear from these figures that there is a real human and economic cost to just one of the anticipated effects of climate change. This is the cost of ignoring the experts.

But what happens when we listen to the experts? The global response to the COVID-19 pandemic has provided some unfortunately dreadful examples of what can happen when you do or do not listen to the experts. There are stark contrasts between countries whose governments acted early on the advice of medical experts compared to those that did not. The difference has been a death toll of hundreds to a death toll of tens of thousands. In Australia we have been lucky in that the government has followed and continues to head the advice of medical experts in its policy decisions. This compares dramatically to policy makers who did not act quickly brushing COVID-19 off as “just another flu”. Such comparisons can give us an idea of the costs of ignoring the experts and not ignoring the experts. 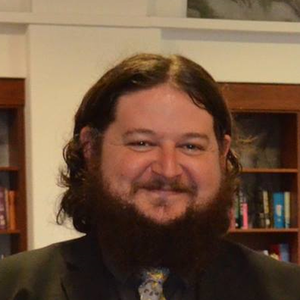 +2
Marta Kowal and 2 others
Contributor
COVID-19

On the alleged unsuitability of behavioural science for fighting COVID-19

A recent paper questioned the suitability of the whole discipline to provide evidence for policy. The claim is unjustified and unworldly.

In Times of Global Crisis, Narcissistic Leaders Can Be Dangerous

+1
Barbara Nevicka and 1 other
Behavioural and Social Sciences at Nature Research
We use cookies to help improve your experience. By continuing to browse our website you are consenting to our use of cookies.
Learn more