Wondering whether the spider in my room has spent its entire life thinking that we were room-mates can be unnerving. Even imagining having my favoured arthropod, the beetle, as my room-mate is not easy. But the truth is we all share the same home.

Image by youngku lee from Pixabay

Imagine life from the planets perspective.  It has been here long before we arrived and has seen many creatures roam around. To Earth, we are the new tenants, minus paying the rent! Suddenly, we are drilling holes, dropping bombs, making load noises, polluting the night with light and poisoning other “tenants”.  Probably this makes no sense to our land-lord. Individually we live mere seconds but somehow manage to do so much destruction and disturbances, we can’t seem to comprehend two simple facts:

1. Every action we take has great consequences to the lives of our children

2. We are affected by the actions of other “house-mates” no matter how far our “rooms” are

Image by PhotoVision from Pixabay

The story of lead and ice

Lead is a great example to elaborate on these two rules. It is now a well-known fact how dangerous lead is. However, because it is easy to extract and process, it found many uses. Not so long ago, lead was widely used, even in tooth-paste tubes!! However, when lead was added to petrol as tetraethyl lead, workers in tetraethyl lead manufacturers started to show symptoms of lead poisoning. Nevertheless, the companies tried to dismiss any “rumours” about lead having harmful effects. Despite knowing its dangers, the inventor, went so far as to pour the liquid on his hands and smell the ethyl lead in a press conference. Both CFCs and tetraethyl lead were features in Time magazine’s list of “The 50 Worst Inventions”. It wasn’t till Clair Patterson, over fifty years later, found lead in ice-core samples taken from Greenland and Antarctica. Despite lead never been used around the places where the samples were collected, lead found a way there. Patterson then made it his life mission to raise awareness and campaign against lead poisoning.  Despite all that, we currently have a 50-200 times a higher blood lead concentrations than those who lived in the previous century.

Likewise, it is common to find plastic contaminants almost everywhere, including oceans and marine animals. While the exact effects of plastic to the health of humans are still unclear.

Image by minka2507 from Pixabay

If a tornado can be influenced by minor perturbations such as the flapping of the wings of a distant butterfly several weeks earlier, then the smallest change matters. Even though, stopping all butterflies from flying wouldn’t stop a hurricane. However development logically advances lead to better construction of houses and the development of precise forecast models. Both positive and negative actions make a difference no matter how seemingly insignificant. Actions taken across the ocean to decrease the carbon emission will affect the whole planet. A butterfly can be thought of as a delicate creature, yet seems to possess great powers. I try to minimise the number of products I buy with plastic packaging and really try not to buy more clothes than I actually need.

Earth day might be a good time to do some thinking and reflect on how you are a good house-mate to 7.8 billion people. And why exactly was the term “Mother Nature” invented. 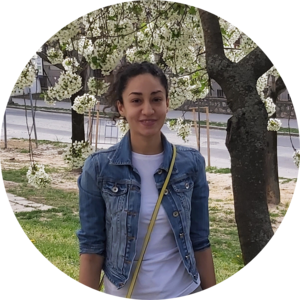 Ph.D. student at the Nano lab in the Institute of Pharmaceutical Technology and Biopharmacy at the University of Pécs. Researches drug formulations. As a long-distance runner, she tries to spot wild foxes while training for marathons and is an avid environmentalist.
Follow