Strategies for mind, brain, and culture – a cure for the replication crisis?

2. The Unit of Cognitive Neuroscience, Dept of Psychology, University of Copenhagen, Denmark

In a recent Perspective, Muthukrishna and Henrich (MH)1 remind us that the behavoural sciences face a replication crisisnot seen in other scientific disciplines. They point out that in most sciences, research is a cumulative process but in psychology less so.

We believe that one noticable difference between most theories in the behavioural sciences and theories in other disciplines is the amount of pre-empirical assumptions, which shape and ultimately determine how experimental results are interpreted. Such assumptions may be that living creatures are stimulus-response machines, processors of information, or something more specific – say that neural states “create” conscious states2. Assumptions decide how data should be gathered and accumulated, even though they in themselves are not empirically warranted. Such ideas thoughout the history of behavioural sciences have resulted in the cumulation of empirical data to make sense within their own framework, but are rarely challenged at a fundamental level, and thus, co-exist in parallel theoretical universes. Referring to the area of neuroscience, MH argue that “biological measures doesn’t get past the influence of culture and cultural evolution”. We do not want to argue against the cultural influences on the brain, on the contrary. We do believe that rather than dismissing neural data when attempting to understand the behavioral and mental phenomena of human beings, we are better helped by creating theoretical frameworks that address both the mental/behavioral and the neural levels simultaneously. And that include the cultural as well as individual influences on both the mental and neural levels.

We believe that the optimal approach to such a theoretical framework should be based on relatively modest ontological assumptions about the nature of – say structure-function relations. It should specifically address the relevant “levels” of analysis – obviously including a level of behavioural and mental phenomena. But also, a level of “neural states” – specifically addressing the neural substrate of the behavioural/mental phenomena. And as repeatedly stressed 3 a computational level bridging the two other levels. By allowing the influences of both behaviour and experiences to be understood simultaneously at both the behavioural/mental level and at the level of the neural substrate, such a framework allows the cultural influences to become an integral part of the model. And via the computational level, the mechanisms of the constant dynamics between the individual and the environment become explicit.

From the utilization of such a model, we conclude that the dynamic organizational principles within and between the levels should be seen as “strategies” that ultimately realize a surface manifestation (overt behavior or mental processes)4,5. The overall concept of the neurocognitive organization is based on relatively few and “higher level” such algorithmic strategies – which mediate the control processes relative to more specialized individual strategies6. A model based on such a relatively simple but flexible structure may counteract the replication crisis. One important factor in this context is the emphasis on dynamically changing strategies -  allowing the dynamics of individual and cultural variability to be framed and understood within a general model that also allows the inclusion of biological/neural data. We see the replication crisis partly as a failure to recognize the ways different research setups invite the application of different strategies – across cultures and individuals.

Back to Dialogues
Next 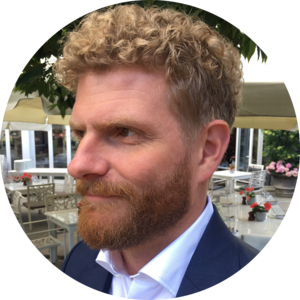 Yunjian Luo
Behavioural and Social Sciences at Nature Research
We use cookies to help improve your experience. By continuing to browse our website you are consenting to our use of cookies.
Learn more