We do take for granted that we own our body and that our limbs belong to us. However, this is not the case for people affected by some neuropsychiatric disorders, who perceive the body as alien. This suggests that bodily self-consciousness has relationships with some mind/brain states.

An interesting opportunity to experimentally investigate in a safe manner changes of bodily awareness is offered by testing healthy individuals under the hypnotic state. This was indeed the main aim in our recent study, published in Scientific Reports. To this end, we applied the rubber hand illusion (RHI) to healthy young adults in the normal waking state and after hypnotic induction. In the RHI paradigm people are asked to watch the synchronous stroking of a visible rubber hand with one’s own hand hidden. To solve the conflict between vision, proprioception and touch, the brain recalibrates one’s own limb position towards the rubber hand with a proprioceptive drift and combines the rubber hand with one’s own body representation, thus inducing a subjective feeling of ownership over the rubber hand. Hence, the illusion is composed mainly of two components: an illusory feeling of ownership, which is obtained by explicitly asking participants whether they feel the rubber hand as their own, and the proprioceptive drift, which is implicitly measured by asking participants to indicate the position of their unseen hand on a ruler.

It is important to note that not all individuals respond to hypnotic induction the same way. Some individuals enter the hypnotic state easily (highs), while other individuals enter the hypnotic state only superficially (lows). We discovered that the response of highs and lows to the RHI was different in normal waking and in hypnosis. The highs expressed higher feeling of ownership over the rubber hand in both the normal waking state and hypnosis when compared to lows. In the same vein, the proprioceptive drift was increased in the highs while it was decreased in the lows and this happened only after the hypnotic induction. These findings hint at an interplay between hypnotic suggestibility and hypnosis in modulating the response to the RHI. The selective breakdown of the proprioceptive drift among lows suggests resistance to recalibrate one’s own limb in hypnosis. 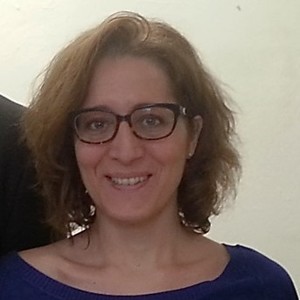