Collective-action problems are ubiquitous. The most recent example are attempts to slow the rapid spread of the Covid-19 virus. Urgent pleas to flatten the curve by “staying at home” and “cooperating with social distancing measures” are voiced almost daily. Yet many still find it hard to fully comply with these strict rules. While the general public is astonished and outraged by this behavior, it hardly comes as a surprise to anyone familiar with the Prisoner’s Dilemma or other collective-action problems. It is true that the public dramatically benefits from everyone sheltering at home. Yet, for each individual, the private cost of risking an infection might just be smaller than the benefits of leaving the house and mingling with others. These private benefits render breaking the rules a tempting option, at least for some. While Covid-19 is just the latest example of this phenomenon, the basic calculus of collective action problems, which highlights the tension between public benefits from cooperation and private benefits from defection, applies much more widely. A lack of cooperation is also the reason why we fail to take effective measures in battling climate change, antibacterial resistance, or global poverty - to name just a few of the more pressing collective action problems.

Our article centers on a collective-action problem where cooperating is particularly hard. To this end, we use an economic experiment in which participants belong to different groups, and the earnings of a group’s members depend on the voluntary contributions made by a previous group. Here, “cooperation with the future” means that the members of an earlier group give up some of their own money to help members of later group(s) to gain some money and be able to make a decision. Hence, if group members only care about their own earnings, they would not cooperate. However, if individuals do care (for whatever reason) about the earnings of individuals belonging to later groups, there is a chance for sufficient cooperation (sustainability). This particular collective-action problem of “cooperating with the future” was first introduced and analyzed by Oliver Hauser, David Rand, Alexander Peysakhovich, and Martin Nowak in an article published in Nature in 2014. They find that although most people cooperate, the minority of non-cooperators is sufficient to prevent many later groups from benefitting of the majority’s cooperative efforts (sustainability rate is low).

This lack of sustaining later groups raises the vital question of how different institutions could support cooperation for the sake of later groups. Hauser et al. (2014) demonstrate that a democratic voting institution can curtail excessive free-riding by the minority and thereby sustain a large number of subsequent groups. Such centralized enforcement, however, may not be feasible in some major collective action problems, such as fighting global climate change.

For this reason, our article focuses on a decentralized institution that has shown great promise in solving cooperation problems within groups: peer punishment (see seminal work by Ernst Fehr and Simon Gächter, 2000, 2002). Peer-punishment within fixed groups works because it plays into humans’ strong tendency to reciprocate (i.e., to harm those who harm us and help those who help us). But would punishment still work if it can only be inflicted by the current group, while at the same time all of the harm from no cooperation is done to later group? Only reasons consistent with a tendency to harm those who are perceived as breaking a norm (i.e., harm those who have harmed others) could explain contemporary punishment as a mechanism to help those later groups.

Our findings are as follows: As Hauser et al. (2014), we find that without punishment although a majority of participants are indeed willing to cooperate to help later groups, sustainability rate is low. But what about the effectiveness of contemporary peer punishment? Here the story is one of “glass half empty or half full”. We find that a relatively effective form of peer punishment does improve the situation, doubling what can be considered as the sustainability rate. However, even with peer punishment, the problem is far for being overcome, and overall sustainability is still considerably lower than the optimum such that the last group in our experiment rarely benefits from the cooperation of others. 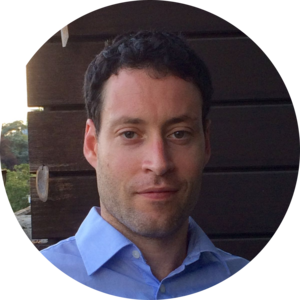 Treating PTSD with MDMA-assisted therapy; a long time in coming
Contributor Nature Medicine
Behind the Paper

+1
Carlos Gomez Gonzalez and 1 other
Behavioural and Social Sciences at Nature Research
We use cookies to help improve your experience. By continuing to browse our website you are consenting to our use of cookies.
Learn more