This paper exists because of three encounters.

How Jelena met the problem

I met at a conference David Rand, who had a theory (then published in Nature) that people are intuitively altruistic because it takes longer for them to do something against the common interest. Two years before, I had run a massive Game Theory experiment where we collected the decision times although they had no use for the paper the experiments were designed for. It would have been cool if those data could confirm David’s theory, but they did not. The problem seemed more complicated than “short decision times mean intuition and long decision time mean deliberation”. I started looking for a model, but there was nothing out in the Game Theory literature and my attempts were going nowhere when I met Riccardo.

How Riccardo met the model

I met Jelena at a workshop where I got fascinated by her awesome experiment. We were both PhD students. I had an idea about some universal characteristics of human time consumption that I wanted to test on her data. I did it: I was wrong. But, these days, I had a flatmate doing his PhD in Neuroscience. By chance, I found myself reading a paper by Anne Churchland showing how decisions between two alternatives were mapped in the "race" between the activity of two neurons. I thought “I can model this” and did reproduce the statistics of Jelena's experiment with a Montecarlo simulation. I called Jelena and shortly we discovered that my model was the Drift Diffusion Model, among  the oldest in the book in Neuroscience but totally unknown at the time in Game Theory.

How we met Reviewer #1

We felt our result was groundbreaking and decided to try big. We were working on our paper in the free time of our first postdocs. It took us a lot, mostly trapped in the submit-deskreject-reformat cycle characteristics of high impact submissions. We got to reviews in Nature Communications, where the feedback was mixed from enthusiastic to critical. Reviewer #1 was a clear expert in DDM and told us how we had to improve the paper methodology to the standards of Neuroscience. Our physicist’s souls were bleeding by the request of increasing the number of the parameters from 2 to 4, but eventually we realized the referee was right.

The new method allowed us to clearly discern between intuition and deliberation as they can be associated with two different parameters of the DDM. Under this new lens, we could observe that people are intuitively cooperative, but not naive! Indeed, although initially people’s intuitive decision is to cooperate, if the deliberation goes in the direction of defection, the bias will also change toward defection.

Thanks to data Jelena was not supposed to record, a paper Riccardo was not supposed to read, our open minded and outgoing attitude at conferences, and the great contribution of an anonymous referee, we finally have published the paper that accompanied us for seven years, helped us grow as scientists, motivated us into continuing along this path, and also made us good friends. 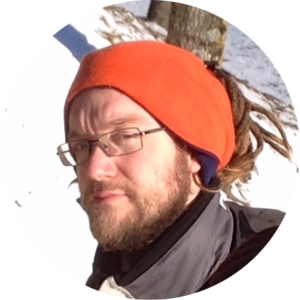