An essential characteristic of human beings is that we spend most of our lives interacting with others. Those interactions impact our social cognition, namely, those mental and affective processes that allow humans to perceive, comprehend, and behave in social interactions. As we go through life, some experiences have the potential to redefine our interpersonal universe. High among these are pregnancy and puerperium (period comprising between 6 and 8 weeks after childbirth), two stages in which mothers and their partners go through physical, biological, hormonal, and psychological changes 1. These changes, which are traceable in both mothers and fathers, play an important role in parenthood and may modulate social cognition abilities. However, the latter effects remain notably unexplored in parents of newborns.

In this study, we evaluated some domains associated to social interactions of parents of newborns. Specifically, we assessed the levels of empathy and the experiences of Schadenfreude –pleasure at others’ misfortunes– and envy. As experiences of Schadenfreude and envy may be biased by social expectations, we used facial electromyography to detect micro-movements related to each emotion.

We found that, compared to a matched control group (childless healthy participants without a romantic relationship or sexual intercourse in the previous 48 hours), parents of newborns showed higher levels of affective empathy and Schadenfreude. Our results regarding empathy are consistent with previous studies 2 showing that this domain is a crucial aspect of parenting, mainly because the needs of babies are expressed exclusively through nonverbal communication. Thus, parental empathy toward an infant would require the understanding and experience of appropriate emotions 2.

In general, our pattern of results may be explained by the multiple biological, psychological, and hormonal changes that take place during pregnancy and puerperium. The current findings suggest that reactivity to social stimuli and emotional responses are increased in parents of newborns. These increased responses correlated with the peripheral responses of muscle sets conveying similar emotions, suggesting that parents of newborns tend to be more expressive toward social emotions. They seem to be more sensitive to the influence of others and increase the perceived salience of social cues, which are crucial for parental bonding. Our results open a new agenda to examine changes in social cognition and their relationship with neuroendocrine phenomena. 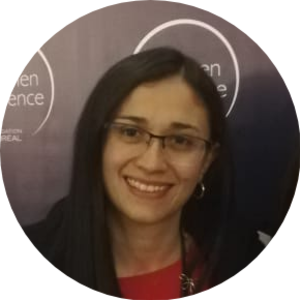