Prof. Matjaz Perc on how his Guest Edited Collection at Scientific Reports has brought the social physics community together

This piece was posted on behalf of Prof. Matjaz Perc (University of Maribor, Slovenia)

The past century has seen strict compartmentalization of different scientific disciplines leading to groundbreaking and important discoveries that might had been impossible without it. But while technology and industry might fare well on idiosyncratic breakthroughs, human societies do not. The grandest challenges of today remind us that sustainable social welfare and organization require a wholesome approach. Lest we get trapped all too easily in pitfalls of whichever particular scientific discipline is hottest at the time. Be it Darwin's theory of evolution that was blindly applied to the human race to put one over the others, or the lack of understanding and foresight in applying principles of unrestrained market self-organization to the global economy, our fairly recent history is full of cautionary tales and examples that should do well in persuading us to engage wholeheartedly in interdisciplinary and crossdisciplinary research.

But funding agencies, tenure track committees, and indeed the whole research system, are still slow and quite resistant to this change. It is therefore all the more important for researchers to lead the way and to step up and enact the 21st century vision of research without disciplinary boundaries. One particular synergy that has proven fruitful over the last two decades is between physics and the social sciences. Although the first links between these two seemingly disparate fields can be traced as far back as the 17th century, when Thomas Hobbes based his theory of the state on the laws of motion, in particular on the principle of inertia, which was then deduced by his contemporary Galileo Galilei, it was not before the very end of the 20th century that truly remarkable progress had begun along the interface of physical and social sciences.

The Social physics Collection at Scientific Reports is dedicated to the forefront of this line of research, and after only half a year in the making underlines its strong potential to become a research tour de force for a better tomorrow.

Examples of published research include a network-based framework to detect cartels -- groups of firms that set prices collectively to increase profits at the expense of consumers -- based on the interaction patterns between them. The reader is encouraged to take a look “behind the paper” on this post from the authors themselves on this community. Moreover, Martinez-Vaquero et al. study the dynamics of recruitment into organized crime and terrorist networks, using evolutionary game theory as the backbone, while De Nadai et al. study whether human cognition imposes constraints in the digital space similar to those that we know exist in the physical space, such as keeping the number of friends and favorite places stable over time. Elsewhere, a study on the role of reward and punishment in climate change dilemmas by Santos et al., who have also shared the story behind their paper on this community. Further examples include Johnson et al. studying the emergent dynamics of extremes in a population driven by common information sources and new social media algorithms, and Agarwal et al. studying the identification and characterization of teleconnections on different scales through networks.

As the Guest Editor of the Social physics Collection, I have been privileged to work with a dedicated team that has made my job a dream come true for any researcher who would like to give voice to its community. I have benefited from guidance and advice on how best to propose a Collection, and I have received assistance and help whenever needed, all the way to the preparation and publication of The social physics collective Editorial.

I would like to express my gratitude to Robbie Roe and Bastien Conan, Editorial Projects Coordinator and Manager at Scientific Reports, respectively, for all their help and support. I would also strongly encourage interested researchers to get in touch and consider proposing their own Collections, which has proven a very rewarding experience for myself and for the social physics community.

I conclude with noting that the Social physics Collection remains open for submissions in case any readers are interested in submitting, and will remain so in the foreseeable future.

Further to the posts linked above, the interested reader is encouraged to read the other "Behind the Paper" posts from authors of the Social physics Collection: 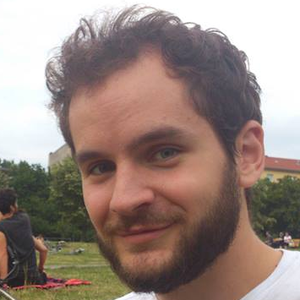 I graduated from Ecole Polytechnique in 2013 with a multidisciplinary MSc in Science and Engineering, and from UCL in 2014 with an MSc in Neuroscience, Language and Communication. In 2016 I joined Scientific Reports, where I now lead strategic projects in partnership with our Editorial Board.
Follow

Samantha Zimbler
Editor
From the Editors

Samantha Zimbler
Behavioural and Social Sciences at Nature Research
We use cookies to help improve your experience. By continuing to browse our website you are consenting to our use of cookies.
Learn more