Ongoing archaeological excavations on the Indonesia island of Sulawesi continue to challenge our understanding of art in the earliest communities of Homo sapiens.

On discovery in the field during 2018, the flat piece of flowstone appeared to be yet another example of an abstract geometric pattern engraved into a stone surface. We’d previously identified several examples of stone tools with shallow linear designs cut into their cortex, so such a find would have extended this known behaviour into a slightly different (non-tool) context. Still interesting — though not as startling as what the stone was actually depicting. The features of what would later be identified as the head and torso of the locally endemic anoa (Bubalus sp.) wouldn’t be seen until it arrived in our lab in Brisbane, Australia.

This ‘invisibility’ of an engraving isn’t unusual. Many such works found in the extensively studied Palaeolithic European context cannot be seen without the use of directed light. Indeed, it is for this reason that every relatively flat object retrieved from a European excavation is routinely examined with a small torch for signs of anthropogenic etching. It was with this knowledge in mind that the Leang Bulu Bettue artefact was carefully studied using a single microscope light, and it was only then that the muzzle, nostril, cheek, and eye then appeared.

Studying the engraved flowstone piece to determine what was being drawn. Photo: Michelle Langley.

Because the engraving was made on flowstone — and because it’s been sitting in a tropical cave from some 26,000 years — it isn’t fantastically preserved. Some of the stone surface has fragmented and fallen away. Furthermore, it isn’t the most realistic depiction of an anoa. Initially, this fact was somewhat disappointing, however, review of the literature regarding engraved stone plaquettes from Eurasia revealed that most of those found there were also not the amazing pieces of art that first come to mind for the Upper Palaeolithic.

This initial find was supported by the subsequent discovery of a crystal clear ‘sun-burst’ or ‘rayed’ motif cut into limestone. But again — surprises awaited us under the microscope. In this case, it was the trace evidence for a red pigment having been applied to the engraving — and only the engraving — which would have created a stunning visual display of red on light grey.

These two palm-sized engraved stones — each engraved with an image from real life (‘figurative art’) — were significant finds. Something that hadn’t been reported for Southeast Asia-Australasia before, and so recognising their place in our understanding of early art in this region created excitement within the lab.

Portable art — that is, artworks small enough to be moved from place-to-place (as opposed to being painted onto a cave wall) are a celebrated part of the Eurasian Palaeolithic record. There, numerous examples of three dimensional figurines (such as the famous ‘Venus’ figurines) and engraved ‘plaquettes’ (small pieces of stone or bone etched with images of animals or humans) have long contributed to our understand of the use of symbolism amongst Ice Age communities. These artefacts have generated huge interest in Palaeolithic life, and influenced how we see ourselves as ‘Modern Humans’.

The complete absence of similar finds — until now — from the extensive geographical region of Southeast Asia-Australasia has perplexed archaeologists. Why — since H. sapiens moved into and through this region at least 20,000 years earlier than Western Europe — were they not producing art? Direct dating of the rock art in the Maros kast of southwest Sulawesi has already completely overturned this notion, demonstrating that the hand stencils and renditions of local fauna were painted some 44,000-years-ago. Now, our ongoing excavations in the caves of this same area is recovering the portable form of these images.

Finally, we know that it wasn’t that the early H. sapien communities of Indonesia weren’t creating portable art. It was just that we had not yet dug enough to find them. 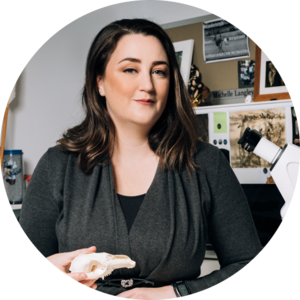