Early trauma, particularly abuse and neglect, is considered the number one preventable source of mental illness in adulthood. However, the search for effective therapies and interventions has been hampered by a lack of understanding of the mechanisms that link early experience with later-life outcome. While animal research has been useful for identifying targets of trauma and repair, translating this work to the human clinical population has been challenging. In our paper, published last week in Nature Communications, we worked in a large collaboration involving developmental psychologists and neuroscientists to develop a translational paradigm for understanding how early experience shapes the developing brain.

Developmental psychologists have demonstrated that the quality of attachment to a caregiver has predictive value for later-life outcomes. To uncover attachment quality, Dr. Mary Ainsworth developed the Strange Situation Procedure in the late 1960s. This procedure uses separation-induced distress followed by reunion with the parent and has diagnostic value for classifying infants’ attachment quality. For example, “securely attached” children may be stressed by the separation but approach the caregiver and be soothed by the reunion, whereas children who disregard the caregiver’s return or fail to be soothed may have a “disorganized” attachment. These attachment styles correlate with both the quality of care received and later-life outcomes. However, the causal and mechanistic pathways linking poor caregiving, attachment quality, and altered socio-emotional development have not been established.

For decades, developmental researchers and neuroscientists using animal models have worked in parallel to study early-life stress. However, these efforts intersected several years ago when Dr. Regina Sullivan, a neuroscientist studying animal models of early trauma, presented research showing that infant rats that had been exposed to a maltreating mother failed to approach the mother after a mild stressor. Dr. Mary Dozier, a developmental psychologist in the audience, approached Dr. Sullivan after the talk and remarked that those infants (called pups) resembled children with disorganized attachment. From this moment, Dr. Sullivan was committed to adapting the Strange Situation Procedure for rodents. Because the drive to reunite following separation is conserved across mammals, reunion behaviors can readily translate from humans to rodents to investigate neural mechanisms. Furthermore, this provides the opportunity for direct translation in order to merge the ongoing efforts of human and animal researchers studying a common problem.

In the current study, we present the results of these efforts. We first show that the rodent Strange Situation Procedure has translational validity and present data from a cohort of children at risk for disorganized attachment alongside rodent data. In these studies, pups were either raised with a typical mother or a mother given low resources for building a nest, which causes the mother to handle pups more roughly; this is a well-established paradigm for modeling early adversity in rodents. We capitalized on the ability to study the adversity itself in pups and show that during adversity, nurturing behaviors from the mother (such as nursing and grooming) fail to modulate the pup’s neural oscillations to the same extent as during typical rearing. Unexpectedly, neural processing of maltreatment itself was not impacted. Then, during the rodent Strange Situation Procedure, adversity-experiencing pups showed aberrant interactions with mother and blunted cortical oscillations.  All of these effects could be blocked by experimentally lowering stress hormone levels in the pups. Overall, this translational approach suggests adversity-rearing produces a stress-induced impairment in processing of nurturing maternal cues, which may serve as a promising biomarker for later-life psychopathology. 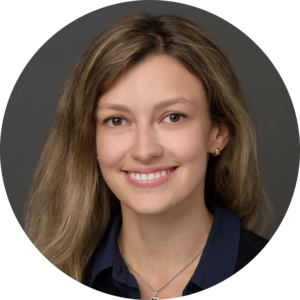