The replication crisis in the social sciences has gotten a lot of attention as of late. Consequently, when a finding gets replicated in numerous studies by numerous scholars, you stand up and pay attention. One such finding is that native citizens in immigrant-receiving nations strongly prefer high-skilled immigrants to low-skilled immigrants, holding fixed various other attributes of immigrants including race and nation of origin. Numerous theoretical mechanisms have been offered to explain this empirical pattern. Two of the authors of this paper (Newman and Malhotra) have argued that subtle forms of prejudice tinge putatively economic considerations when it comes to immigration. Further, another popular explanation is that people see high-skilled immigrants as bringing with them sociotropic benefits that help the economy.

However, it has been difficult to test this mechanism with real-world data using a credible identification strategy. That is where the third author (Liao) came in. He had identified a major event in China---the start of a nationwide anti-corruption campaign in 2013---that led to considerable foreign real estate investment in the United States. Much of this investment was near universities where Chinese students were attending. Hence, since 2013, the United States experienced a substantial influx of Chinese foreign capital tied to high-SES immigration. The influx of foreign capital provided various economic benefits critical to areas that were still recovering from the housing market crash of the late-2000s. Given that this large inflow of capital was caused by an external push factor (and not a U.S. internal domestic policy or pull factor), it seemed to be a perfect opportunity to study what happens when ordinary citizens are exposed to visible economic benefits stemming from the presence of high-SES immigrants.

Our results are consistent with much research on the effects of high-skilled and high-SES immigration. The influx of Chinese foreign real estate investment made native residents less xenophobic generally in terms of immigration policy, but also less xenophobic when it comes to viewing China specifically as a foreign threat. To demonstrate the robustness of our result, we show that this finding crops up in multiple datasets, which include high-quality representative studies conducted by the Cooperative Congressional Election Study and the Pew Research Center.

Our findings suggest that people can become more supportive of immigration if they can observe and understand the tangible economic benefits that come along with increased immigration and the movement of capital. There has been a great deal of pushback against globalization in many developed countries. Yet our study shows that there is a basis for support of immigration, as long as it is clearly tied to economic benefits in the host country. We look forward to other scholars building on our research to see if similar effects can be observed in different countries and different types of inflows of capital and people. 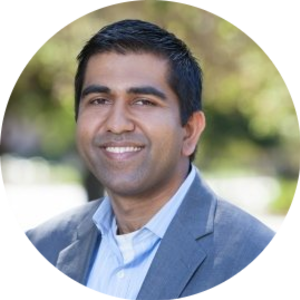