Yes, humans make choices according to habits, gut intuitions, and rules of thumb, but the quirks of decision-making only make sense in light of our preoccupation with pondering consequences. By Adam Bulley and Daniel L Schacter

Wish as we might to turn back the clock, time runs in only one direction. For beings like us, this means many of the most fundamental trade-offs in life are ones between now and later.

Our current pandemic predicament, for instance, is replete with choices about such intertemporal trade-offs. Consider just one thorny example: should we accept the immediate costs to the economy caused by wide-scale social distancing shutdowns in an attempt to prevent a likely health system meltdown later?

How humans choose between outcomes that play out over time has been scrutinized for centuries, since at least as far back as when Plato compared the mind to a chariot pulled by two horses: one unruly and emotive, the other disciplined.

But the question has received renewed interest because trade-offs with the future are everywhere in modern life, from climate change to the opioid crisis to voting for a presidential candidate, let alone in the context of COVID-19. Waiting for a second marshmallow is just the tip of an inter-temporal iceberg. We therefore became increasingly interested in how, exactly, people think through these trade-offs.

The rise of behavioural economics has fostered a general appreciation that people make many of their decisions with simple strategies: habits, gut intuitions, rules of thumb.

But most of us have experienced the torturous humming and hawing that can accompany tricky choices. Decision-makers contemplate outcomes, reflect on their preferences, and weigh up options to help them settle on a best route forward. In a recent Perspective article in Nature Human Behaviour, we argue that to truly make sense of the quirks of decision-making, scientists must therefore figure out how deliberation works.

Psychologists, neuroscientists, and economists have made impressive headway on this problem, but it is no trivial undertaking. We need to understand how the brain creates a menu of options, evaluates their outcomes, and does all this while accounting for preferences, desires, and goals.

Deliberation, then, critically involves our ability to think about the future, and to think about our own thinking: what psychologists call “prospection” and “metacognition”. Based on an insight by Angela Duckworth and colleagues that these capacities are essential for self-control strategies, we realized that understanding how these processes interact can help us understand what it means to deliberate. And in the process, we saw how this could help shed light on long-noted decision-making idiosyncrasies.

For example, let’s say you’re considering whether to buy a nice but unnecessary new car, or whether to save the money for later. You might suspect that the more you were to deliberate, the more “patient” your decision would become, shifting your choice towards saving the money.

But the behavioural economist Ran Kivetz and colleagues have pointed out that because consumers can anticipate that they will regret missing out on pleasurable experiences, they sometimes intentionally splurge on a car upgrade, a fancy dinner, a nice bottle of wine.

Calling these splurges “short-sighted” misses the point; in fact, they can result from extensively mulling over consequences. People often act in ways that commentators would label impulsive, but that are really the outcome of a long and deliberative consideration of the future.

Take another example. Aware that they live in dangerous or uncertain environments where they suspect delayed rewards might not materialize, people may choose to prioritize the present. This goes some way to explaining frequently reported correlations between poverty, lower life expectancy, and reduced willingness to wait for delayed payoffs.

This could also help us to understand some of the behaviours we’ve been seeing during the course of the COVID-19 pandemic so far. It makes sense that people would stock up on the food available right now if they anticipate that others will also do so, leaving none available later.

The fact people think both about the future and about their own thinking means they appreciate they may be hungrier, angrier, or lonelier tomorrow than they are right now. This is why many of us pre-commit to decisions we want to uphold; slapping restraints on our own options.

Like Odysseus, who had himself lashed to the mast of his ship to avoid the temptation of the Sirens, we throw out our doughnuts in December to lock in the New Year’s diet.

The economist George Loewenstein has pointed out that decision-makers anticipate more than just future outcomes: they also anticipate their own experiences in the lead-up to those outcomes. Many people will choose to put off unpleasant events, like a dentist’s appointment. But then they reflect for a moment about their own thinking. They realize they’ll be dreading the appointment for weeks and might as well just get it over with ASAP.

So, thinking about the future is recursive (it calls upon itself): we anticipate our own anticipation. This is a sophisticated bit of mental accounting for delayed consequences, and scientists won’t understand the complexities of decision-making until we understand the mechanisms that give rise to it.

How do people determine when it is and isn’t worth deliberating? Recent work led by the cognitive neuroscientist Ian Ballard and colleagues suggests that when more is at stake – say, because there’s more money on the line – the brain works harder on thinking through trade-offs with the future.

The idea has a provocative implication. Scientists may have underestimated the role of deliberation in decision-making by studying choices about small amounts of money in contrived laboratory experiments. Decisions in the real world often concern matters of much graver importance: whom to partner with, what career to pursue, and how to provide for one’s descendants - including the future generations who will be dealing with the consequences of the choices we make today. 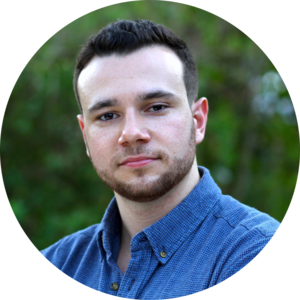 I am a cognitive science postdoctoral fellow at Harvard and the University of Sydney studying decision-making, emotion, and imagination.
Follow