Are students more likely to become and remain friends with those they met randomly at the beginning of their studies?
Timon Elmer
Postdoc, ETH Zürich
Follow
Like Liked by Lei Xun and 1 other

Are you still friends with someone you met on the first day at university? If so, take a moment to reflect on the circumstances under which you met. Did chance play a role? You may find that the person who you randomly sat next to in the introductory lecture, the person who was assigned to the same study group, or someone who decided to queue for a coffee at the same time has become and (in the long-term) remained your friend.

Since the 1950s, psychologists and sociologists have been interested in how serendipitous encounters affect the formation of interpersonal relations. For instance, seminal work by Byrne (1961) showed that students who were randomly seated next to one another for half of the semester were more likely to report each other as acquaintances at the end of the semester. We found these results very intuitive, but we wondered how much and for how long stronger social ties – such as friendships – are affected by early exposure. We thus set out to investigate how early, randomized meeting opportunities shape the formation of friendship ties in a community over the course of one year.

Thinking back to our own university days, we all tried to recall how we had found our friends then. Some of us had a friend who they met in the first days at university, but all of us had found friends through early contacts at university. Indeed, endogenous processes, such as becoming friends with the friends of your friends or getting to know acquaintances of your acquaintances, are very powerful in the evolution of social networks. This way, we realized that not just early meeting opportunities, but also their combination with other processes that further shape the social network of early ties are important to consider. We thus also thought about how these induced early contacts could serve as “seeds” for other social processes, operating within this emerging community of students.

At that time (late 2015), we were in the middle of the design process of the Swiss StudentLife Study and were excited to add a small but early intervention on contact opportunities, which we report in this paper (Boda, Elmer, Vörös, & Stadtfeld, 2020). The intervention consisted of randomly assigning students into small groups at an introduction event two months prior to their first day at university. Friendship networks within the student community were assessed via self-report six times throughout the following year.

The following animation shows the evolution of the friendship relations (blue), the induced grouping relations (orange), and those that are both (friendship and grouping; in red) over the course of a year:

We were surprised about the initial strength of the early-meeting effect: Two months after the intervention, we observed 67% more friendship ties between students that were in the same group than expected under other hypothetical random group assignments. We also found that these direct effects of the intervention on friendship had already begun to vanish after three months. Some indirect effects, however, for example the tendency for those who met early to have more common friends (even if they were not friends with each other), remains visible up to nine months after the intervention. Also, the intervention had a positive long-term effect on the presence of mixed-gender ties, potentially helping female students to become better integrated in a male-dominated community of engineering students.

We learned that chance has considerable effects on how our social networks look like, and how they evolve. We believe that it is important to understand these social processes in educational settings. If arbitrary mixing of students can result in meaningful social ties, independent of students’ individual characteristics, tailored interventions could result in more heterogeneous friendship networks, whether in terms of gender (like in our case), ethnicity, social-class background, or academic achievement. This would open up exciting new possibilities to increase students’ social integration – in particular of those that are at risk of being socially isolated. Early contacts matter for social integration. Universities should make sure that students have opportunities to get to know each other – whether it be on their first day in the lecture hall, in a team project, or in the coffee queue. 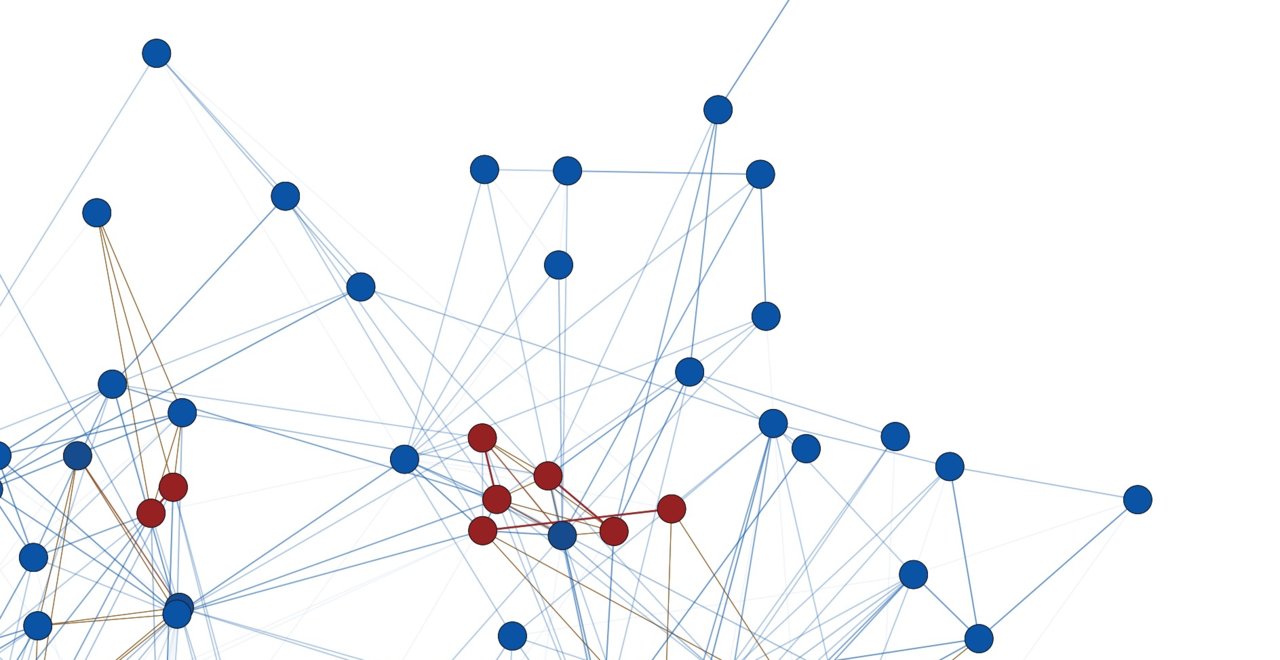 Are students more likely to become and remain friends with those they met randomly at the beginning of their studies?