How certain are you about whether the climate is changing due to human generation of greenhouse gas emissions? It turns out that for many Americans these beliefs are quite variable, and more so among partisans on the political right than those on the left.

We know from reflection that (at least some of) our preferences, beliefs and behaviors change over time. We also know that the conditions (inputs) that lead us to prefer, believe and act change over time. So, if we want to know what people believe about climate change, and what leads those beliefs to change, we need a long-term research program that tracks not only what people believe but also the relevant context for those beliefs. Our research lab and collaborators built the social science data collection infrastructure to do this, and coupled it with a remarkable array of meteorological sensors in the southern Great Plains.

One of the things that drew us to Oklahoma as the initial place to set up this long-term research program was the dense array of weather sensors that track in real time the changing weather in the southern Great Plains. Oklahoma also has exciting convective weather (see Fig. 1), particularly in the March-June months. Oklahoma straddles the well-defined transition zone from the drier west to the wetter east, spanning the 100th Meridian, so the annual precipitation varies remarkably from an average of 40cm in the northwestern panhandle to 140cm in the rolling southeastern hills. In short, Oklahomans experience quite a variety of weather and – whether they recognize it or not – are living in an era of significant change in seasonal and sub-seasonal weather patterns (Weaver, Baxter and Harnos 2016; Christian, Christian and Basara 2015). This potential for a real-world testbed of human response to a changing climate was too good to pass up.

Fig 2: Screenshot of an Oklahoma Mesonet webpage showing rainfall accumulation across the state.

Our weather/climate data come from the Oklahoma Mesonet, a unique and dense array of 120 multi-sensor weather stations positioned around the state and in service since 1994 (http://www.mesonet.org) (see Fig. 2). Mesonet data are streamed every 5 minutes, creating a nearly continuous weather history that can be interpolated to every household. To this we added a complementary social data infrastructure – awkwardly dubbed the Meso-Scale Integrated Socio-geographic Network (or M-SISNet). The M-SISNet consists of a large panel of Oklahoma households (a base statewide sample of approximately 1,500 households, and oversamples in Oklahoma City and over 5 of Oklahoma's watersheds), initially recruited from a random sample of all residential addresses in the state, that tell us about seasonal weather experiences and related beliefs and behaviors. (A detailed description of the M-SISNet, including sample recruitment and retention components, can be found in Jenkins-Smith et al. 2017.) The location of M-SISNet households (blue dots), and the Mesonet stations (red squares), are shown in Fig. 3.

For the first four years of the M-SISNet operation (June 2014-May 2018), panelists provided detailed accounts of weather perceptions, beliefs and behaviors at the end of each season (winter, spring, summer and fall), providing the data utilized in our examination of the variability of climate change beliefs over time (http://crcm.ou.edu/epscordata/). Beginning in 2019, panelists provide input twice a year (following the summer and winter seasons).

The initial version of the M-SISNet was sketched on – you guessed it – a bar napkin. After multiple pitches to an array of potential funders, the National Science Foundation provided the resources necessary to transition that bar napkin brainstorm into a statewide program (#IIA-1301789). Our research team – including the six authors of this blog, along with Ani Ter-Mkrtchyan, Riley Dunlap, Matt Henderson, and Amy Goodin, and an evolving cast of extraordinary graduate students – learned the hard way that a large quarterly panel survey is a beast that always needs care and attention.[1] Before we could congratulate ourselves on the completion of a wave, the need to revise, proof, program and implement the next wave was upon us – like a recurring dream or maybe Groundhog Day. Oklahomans are a very diverse and often opinionated lot, so they seasoned each of the survey iterations with shared research advice, stories, accounts of change, remonstrances, spiritual advice, and – thankfully – a lot of very high-quality panel survey data. Though we provide a token $10 honorarium to each participant after each wave, we know and fully appreciate the enormous contribution of time and effort made by each panelist.

When focusing on beliefs about anthropogenic climate change, the averages from each of our panel survey waves looked remarkably like those that can be obtained from nationwide cross-sectional surveys (see, for example https://climatecommunication.yale.edu/visualizations-data/ycom-us/). And those averages were remarkably stable over time. But this seeming stability masks substantial individual-level change in beliefs and the confidence with which those beliefs are held. This led us to ask: is this variation an indicator of “real” belief change or measurement error? Reviewers of our initial submission to Nature Climate Change provided excellent input on this, encouraging us to utilize a variety of controls – including measures of survey attention and response times – to model and account for potential survey response error. These steps, as described in the Nature Climate Change paper (https://www.nature.com/articles/s41558-020-0719-y), increased our confidence in the results of our hypothesis tests concerning the effects of issue attention, conflicting signals, partisanship, and ideology on belief variability. In addition, these revisions raised additional interesting questions, and directions for further use of the panel data. This was one of the most fruitful exchanges we’ve had with reviewers - and we are deeply grateful to them for their thoughtful advice.

Does belief variability of the sort we observe among Oklahomans’ matter? We think it does. Though Republicans and conservatives are far less likely to recognize anthropogenic climate change than others, their beliefs are less stable when they know that most climate scientists have concluded that the climate is changing. Science reporting appears to matter. Beliefs are also less stable among that subset of Republicans and conservatives who pay the most attention to climate issues. So rather than a symmetrically polarized debate, with opinions locked in at the left and right extremes, beliefs on this issue are far more labile and changeable on the right than they are on the left.

[1] We would add that the six authors of this piece consist of three married couples, probably an unusual combination for this blog site. And, we are happy to note, these marital relationships have survived (and thrived) the trial-by-fire of implementing and analyzing a quarterly panel survey. 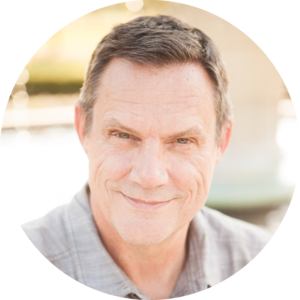