We show that emotional responses depend on whether we believe that events were caused by our own actions. This is reflected in patterns of activity in the prefrontal cortex, its connectivity with the ventral striatum, and relates to motivated behavior.

We started our work on this paper a few years ago, when some very interesting findings on happiness were published by Rutledge and colleagues. They presented a computational model describing how happiness partly depends on whether things go better or worse than we expect. Very roughly, when flipping a coin, we have a 50% chance of winning, regardless of the side we call. We might call heads, flip the coin, and if it does land heads up we win and this probably makes us happy.

While we feel good when something like this happens, these feelings do not really have much to do with what we did, or with who we are as a person. It’s just nice to win in a gamble, and it possibly makes us sad when something bad happens, but all this tells us very little about our ability to act on and shape our environment.

At the time, some of us had already developed a deep interest in the concept of self-conscious emotions. Self-conscious emotions – as the name indicates – involve reflecting about ourselves, our actions and their consequences. For example, a study on embarrassment from our lab supported the notion that this unpleasant feeling arises when we fail and others are watching. In a situation like this, we might wish to just vanish, or sink into the ground. We possibly blush, and reflect on ourselves and on how we behaved, knowing that others might frown on our behavior, or possibly make fun of us. This self-consciousness might later on influence how we behave in comparable situations.

With this background, at some point we discussed the study on happiness and a follow-up from the same group which addressed inequality between individuals. We noted that the participants who took part in those experiments could choose to play a gamble – but in the end, whether they won or lost was not under their control and outcomes of the gamble were related to their actions by chance alone. We thought that this is a critical aspect to consider, as life is not necessarily perceived as a gamble in which outcomes are out of our control. On the contrary, research on locus of control and self-efficacy suggests that it is highly important for subjective well-being to be able to attribute positive life events to the own doings.

Theories of self-conscious emotions and classic appraisal theories highlight that the extent to which you believe to be in control of things is important to your emotional experiences. That is, while winning in a gamble can make you happy, you probably won’t think that you can control whether you win or lose. This is an example of external control beliefs. However, what about practicing to play darts and hitting bullseye? You may have the idea that all your efforts and practice made you aim so well and this is an example of internal control beliefs – being convinced that your behavior causally affects the world around you. Thus, in addition to being happy, hitting bullseye could make you proud because this positive event is caused by your behavior and tells you that you have the ability to make things go your way. This gently reflects the self-conscious aspect of pride.

We thought that this shows how important it is to link control beliefs to emotions. Of course, we were not the first ones to do so and there are ample of great models and empirical evidence that we could build on. However, our core question was: Could we come up with an experiment that allowed us to repeatedly present a task to our participants in order to use it in the MRI? Some previous fMRI studies investigating pride used vignettes, having people imagine pride-related situations like graduating from college. Other behavioral studies employed paradigms that we couldn’t use, because we needed to repeat the same task many times to get a proper signal in the MRI.

We were also looking at a task used by Leotti and Delgado in which participants could sometimes choose between two options to win some money, but sometimes had to accept a choice the computer had made for them. Perfectly suited for fMRI, this task allowed to show brain activity related to the fact that participants preferred to choose for themselves. However, we again thought that winning and losing did not causally relate to the participants’ behavior. Choices in these tasks would not influence the way things go. Rather, choosing one way or another would merely coincide with the outcomes, like when betting on a color in a game of roulette.

At some point, one of us played a smartphone game in which identifying the brightest of several squares determines whether you win or lose. Step by step, the squares become more similar, making the task more difficult. We talked about this game and that feeling you get when you succeed, especially when the squares are almost equally bright and thought it was worthy to adapt this idea for studying internal control and pride.

We figured that we could design a comparable task showing squares of different brightness, with some of them being so similar that it would be almost impossible to come to a final conclusion which one is the brightest. Then, if you select the one you think is correct and see that you succeeded, it becomes possible to attribute this good performance to your capabilities and actions. However, if you lose, this would also be plausible, because maybe some other square was in fact the brightest. Therefore, we could present manipulated feedback and let participants win on 50% of the trials without most of them doubting our task. This was important because we also wanted to present comparison tasks in which outcomes would seem to rely on chance but have the same frequencies of wins and losses. This made sure that the emotional reports, neural activity, and choice behavior we were interested in would not be simply affected by differences in the percieved outcome probabilities.

So after a while we were ready to run our first study that is now presented in the paper. The results were very much in line with what we expected and also came out quite robustly in the follow-up studies. In short, positive affect, and pride in particular, depended on whether participants could relate winning and losing to their own actions. With regard to the fMRI data, the potential to attribute outcomes to the self shaped neural responses in brain regions sensitive to self-related information and the synchronization of their activity with the ventral striatum which is deeply implicated in processing reward and value. Finally, we could link the experience of pride and the degree to which people thought to have control in our task to how much they seek and value the task environment in which they can exert control.

After all, it is not only important to receive a certain reward. Sometimes it is more desirable to shape the world according to one's own needs than to be at the mercy of chance, even if the result is ultimately identical.

Poster image adapted from a photograph taken by pixabay-user Skitterphoto. 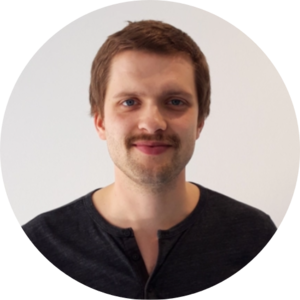