I clearly remember the moment I got rejected from the PhD program of my dreams. While this was a devastating moment in itself (although now I am extremely happy with the program I am on), it was even more painful that some of my friends and colleagues said “just prepare more for the next application and you will be fine”. I had put so much effort in this application, how could these people not see all the hard work?

A failure is difficult, but it is even more devastating when people assume that this was caused by a lack of hard work.  However, most of us have probably experienced situations where we infer the effort someone has invested based on the outcomes they received. For instance, when a seemingly lethargic colleague gets a huge promotion we might question our own judgment and think “maybe this person works harder than I thought”.

So why do we judge the effort of someone else based on the reward they received?

We investigated this question in our recent paper, published in Scientific Reports. In this study, pairs of participants observed each other while alternately conducting an effortful task. Then they received varying magnitudes of reward, before rating either their own or the other person’s effort. Everything else being equal, higher rewards led to higher estimations of exerted effort. This was the case when people judged their own effort, but the effect was even more pronounced for judgments of other’s exertion.

In our study (similar to many real life situations), more difficult tasks gave higher rewards. Hence, the outcome magnitude was related to the required effort.  A more detailed analysis of our data revealed that people used this relationship to refine their judgments. In other words, participants had an imperfect picture of how much effort the other person had put in and therefore they used the reward magnitude to better infer how much effort was exerted. We concluded that the bias introduced by rewards into effort judgments is a rational strategy to overcome uncertainty, particularly when reliable assessment of the effort level is difficult (as is the case when judging someone else).

However, at the societal level, judging others’ effort based on their received gains might lead to the view that people with low income have also exerted less effort, and conversely, prosperous people deserve their wealth since they have worked harder. In the long run, this might stabilize and justify existing social hierarchies. We wondered whether our behavioural effect would have any relation to broader social attitudes of the participants. Interestingly this was indeed the case, as more conservative participants relied more heavily on reward information when they judged others’ effort.

Importantly, I am against the usage of political psychology to advocate any particular ideology, as I believe it is dangerous to use science as a vehicle to campaign for specific political convictions. However, I am also convinced that the usage of behavioural tasks in combination with computational modelling provides the possibility to understand the cognitive factors that contribute to specific societal attitudes and might help to better understand our society as a whole.

For example, one societal insight that can be drawn from our study is the importance of reliable effort related cues. We showed that people use reward information because they were uncertain about the exertion level of other people. However, in our task participants directly observed another person performing a task, a situation which provides way more information than available in most real world scenarios. In everyday life, someone’s salary or wealth is often the only cue to rely on when judging their industriousness. In order to enable a fair estimation of people’s (and professions’) productivity, we might have to think about other metrics that can signal exerted effort. 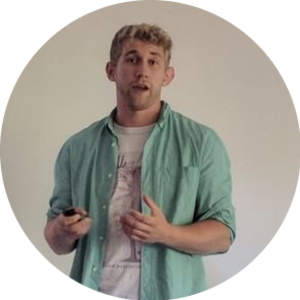