We report that human infants give away personally desirable foods to strangers, and that they do so even when they are hungry.

Anyone who keeps an eye out for the latest scientific news will know that every few weeks, there is a piece related to altruism in a non-human species. From rats to chimpanzees and from whales to birds, the biological literature suggests that other species are quite capable of helping others. Yet, in the summer of 2017, we realized that we couldn’t find much (if any) experimental evidence that non-human animals directly and systematically give away high-value, desirable food to a needy stranger—at least not without training within the experiment. Human adults readily do this. What about human infants?

We opted to design a pilot study to see if human infants could succeed. As our pilot results rolled in, we were fascinated to see human infants pick up juicy banana slices, blueberries, and strawberries, and give them to a “begging” experimenter who was too far away to reach the fruit themselves. The study purposely involved a stranger, who the infants had only met 20 minutes earlier, and the infants helped this adult even on the first trial, which means they didn’t need specific training in the experimental setting.

We thus solidified our theorizing that this behavior was tapping an important social capacity, one that might be foundational for more sophisticated forms of altruism in human adults. Prior research had shown that chimpanzees readily return non-edible objects that human experimenters have dropped, but there is little or no evidence that they would systematically do that with evolutionary-relevant items like delicious fruit. While bonobos come closer to human behavior, there is still little evidence that they directly hand over high-value, ready-to-eat fruit to others especially if they get nothing in return.

When the results for our first experiment became evident, we were intrigued to find that more than half of infants spontaneously helped the stranger obtain at least one fruit, but we knew reviewers could easily say that perhaps the infants didn’t want the fruit for themselves. Thus, in the second experiment, we raised the stakes. We asked parents to come into the lab at a time when their infant would be ready for their next meal, and before they fed them. As we expected, the results of the second study showed that infants ate more fruit, which meant we successfully shifted their motivation to take the food to satisfy their own needs. Yet, altruistic helping still happened (and like in the first study, some infants gave away all the fruit.)

We supplemented these results by examining whether social life history experiences may have predicted how infants responded in the lab. Consistent with prior work in developmental and social psychology, we found that infants with siblings and infants from Asian or Hispanic/Latino backgrounds helped more. We think this reflects different opportunities for social engagement and different rates of exposure to “interdependence” between self and other.

While other animals share many social-cognitive commonalities with humans and are capable of some acts of helping, our work suggests that human infants have the capacity to altruistically give away high-value resources to strangers, and simultaneously that social experiences can change the expression of this behavior. 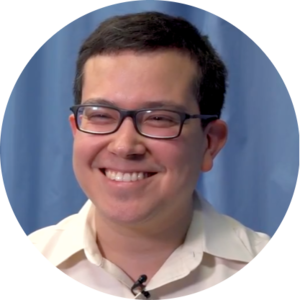