Anyone who knows an adolescent would have the feeling that they have very late sleep habits. Many of you might think that this is because they want, because they stay awake until late hours at night on internet or having fun. But this is only one side of the story because there are also biological reasons: their circadian clock is later compared with that of adults or children. During adolescence, our chronotype (the internal timing of an individual) becomes later until it reaches its peak at the end of this period (Roenneberg et al 2003).

Most adolescents have then a serious problem: they exhibit very late chronotypes but they have to attend school very early in the morning. These two ‘forces’ press adolescent’s sleep on weekdays making it shorter than it should be -because they should sleep at least 8 hours by night-. Also, they force sleep to occurs earlier than adolescents prefer. Consistently, adolescents are sleep deprived (their sleep is short during weekdays) and they exhibit high levels of social jetlag (sleep timing differences between free and weekdays).

In our work, we evaluated these questions using a large sample of students who attend school at one of three different school schedules: morning (07:45 am – 12:05 pm), afternoon (12:40 pm – 05:00 pm) or evening (05:20 pm – 09:40 pm). Importantly, the assignation to these three schedules was random. Alongside with Andrea Goldin (the first author of this paper), who knew very well this sample because she was a student at this school, we started to work to make this study possible.

We assessed adolescents’ chronotypes and sleep habits using standardized questionnaires which were filled by adolescents of the 13-14 y.o. and 17-18 y.o. (753 students). From these questionnaires, we obtained the chronotype (Midpoint of sleep on free days), sleep duration on week and free days and the social jetlag. Also, at the end of the school year, the school gave us the grades of all students.

Our results show that school schedule is associated with chronotype. Morning students have earliest chronotypes, but even when they have earlier habits, these students sleep inappropriately: they exhibit close to 4 hours of social jetlag and more than 90% of students sleep at night less than the recommended minimum 8 hours!

Academic performance is higher for earlier types in the morning, as expected, but late types are favored by later school schedules, specially by evening school start time, when later types even obtain higher grades than earlier types. This results occurs only for older students and for Language grades. Then, a combined effect is affecting academic performance of adolescents. 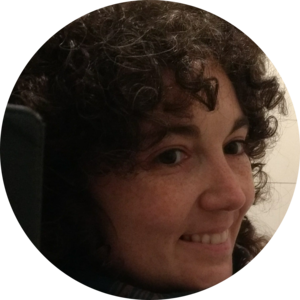