The story of an email from New Zealand to US, a conference coffee break in Beijing, a research idea in Utrecht, a stolen laptop in Thessaloniki, and a paper presented in Montreal

In May 2015, I was a first-year PhD student in New Zealand and I sent a question to a mailing list which led to much more than the answer to my question.

I work on theories of structural balance and look for data on signed networks of small sizes (up to 50 nodes).

Two years later at the International Network for Social Network Analysis (INSNA) Sunbelt conference in Beijing, I ran into Zachary Neal, one of the people who had replied to my email. We talked a bit about our shared research interest: networks (or graphs) with positive and negative signs on the edges which are called signed networks.

After exchanging some ideas at a coffee break of the conference, we noticed that our ideas may converge into something new and possibly worthwhile. Zachary had been working for a while on inferring signed networks of political collaboration and opposition from co-sponsorship records of US Congress. I had some experience in developing mathematical models for partitioning signed networks based on balance theory

We met again in 2018 at the next INSNA Sunbelt conference in Utrecht and discussed a clearer idea for collaboration: studying polarization through partitioning signed networks. The idea was promising, but there was a computational challenge: the US House of Representative was much larger than the networks I expected my mathematical models to handle. If you read the paper, you see how this challenge actually turned out as a technical contribution of our research. The difference in our backgrounds also helped us in conducting a cross-disciplinary study which could be labeled as computational social science. I certainly learned a lot on the social science aspect of the concepts which I thought I was familiar with.

Like every research project, ours had ups and downs. Besides all the excitement of exploring something new, there were moments of confusion and at least for me several moments of frustration (more on frustration in the paper). One of the less fortunate parts was that when I left New Zealand for a new position in Germany, my laptop was stolen at a conference in Thessaloniki. The laptop or the data were not as important as the carefully set-up VPN connection on the laptop which allowed me to remotely run experiments on a high performance computer in New Zealand. After a while we got over this setback and continued the experiments, but it was interesting to learn that a research project can be affected by such external factors.

In summer of 2019, we finished the first draft of the paper and presented our work at INSNA Sunbelt conference in Montreal. Our main finding was that although polarization may have other undesirable effects, the dominance of a single polarized coalition can be a protective factor that enhances legislative effectiveness. We made all our code and data available for reproducibility purposes and would be happy to hear from you in the comment section of this post and the comment section of the Scientific Reports article.

Other posts related to this paper:

MPIDR Press Release: Partisanship in the US Congress has slowed down the decline of bill passage 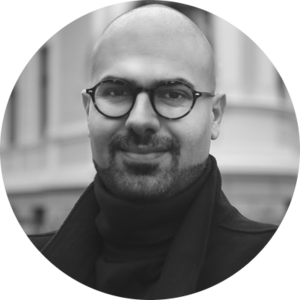