I have always been eager to better understand how we can foster greater social equality and I believe that science has much to offer in this pursuit of a just and fair society. Therefore, I would seize every opportunity to get deeper insight into the work of different labs during my Bachelor and Master studies in Germany. For example, I worked with Christion Bertling at the University of Cologne (Germany) on a project comparing the broad casting of the 2010 Paralympic Games in different countries and with Stefan Stürmer on a project assessing xenophilia at the University of Hagen (Germany). I applied for a grant to study one semester abroad at the University of Western Ontario in Canada and another to visit Philipp Atiba Goff at the University of California, Los Angeles (U.S.) to learn more about his research aiming at reducing police violence. Finally, I completed several classes early to be able to visit Chile. Here I conducted my master thesis assessing how contact between Peruvian immigrants and Chileans affected their acculturation preferences under the supervision of Roberto González at the Catholic University of Santiago. The value of these visits was clear not only in the furthering of my scientific expertise but through the friendships I made, the conversations I had, and the travels I undertook expanding my horizon in many ways.

I am also certain that my unique CV allowed me to land a job in Zurich, where I would complete my PhD under the supervision of Johannes Ullrich. I still remember the moment in the job interview, when Johannes referred to my many stays abroad, asking me about my intention to visit other labs during my PhD. Luckily, he told me that I could still go abroad during periods when I wasn’t teaching. Not long after I started my PhD, a little seed money grant aiming at facilitating collaboration between Swiss and South American researchers caught my attention. I was excited because I saw this grant as the ideal opportunity to spend more time in Chile while also enabling my Chilean friends to visit Switzerland. I approached Johannes, convincing him that this grant would be the ideal opportunity to link the work I conducted in Chile with the research I had been working on earlier in Zurich. In particular, the debate whether or not reaching social harmony and reaching social justice are incompatible goals, piqued my interest. While hundreds of studies have shown that bringing people from different social groups into contact reduces prejudice and increases trust between groups, some researchers cautioned that these positive effects might come at the price of reducing people’s demand for greater social justice. They argued that positive contact between groups might mask existing group disparities and, therefore, perpetuate rather than challenge structural inequalities. In other words, if a Mapuche person (a person belonging to an indigenous tribe in Chile) has frequent positive interactions with non-indigenous Chileans and is even befriended by many non-indigenous Chilean, then this person might be less aware of the obstacles that Mapuche in Chile still face. Therefore, this person might be less likely to attend demonstrations, sign petitions, or propose and support policies empowering indigenous individuals in Chile. No sooner said than done ­– Johannes was on board and so was the Chilean team. We successfully applied for the research grant, which laid the foundation for the Zurich Intergroup Project.

The seed money grant allowed Johannes and me to organize a meeting in Zurich inviting researchers with whom Johannes, Roberto, and I had been previously collaborating. The meeting, in which 15 researchers participated, turned into a success and all of our international collaborators joined the project. Due to high practical relevance of the potential inhibitory effect of intergroup contact on support for social change, we planned to systematically test the association among both disadvantaged and advantaged group members using the same standardized questionnaire. While the vast majority of research on contact has so far focused on ethnic/religious majorities and minorities, we decided to also include the LGBTIQ+ context to increase the generalizability of our results. The term LGBTIQ+ denotes lesbian, gay, bisexual, trans, intersexual, and questioning people. This group is contrasted with cis-heterosexual individuals; namely, heterosexuals whose gender identity corresponds to their assigned sex. In addition, we measured various forms of intergroup contact and support for social change to do justice to the fact that forms of contact and support for social change can take different forms. For example, a cis-heterosexual person might simply know a bisexual person, while another cis-heterosexual person might be friends with a bisexual person. Similarly, someone could sign a petition demanding more rights for immigrants, while someone else could attend a demonstration. Finally, we preregistered the use of specification curve analysis. This method allowed us to test for the robustness of the results using all these different forms of contact and support for social change but to also detect potential systematic exceptions to the overall pattern.

While setting up the questionnaire, I reached out to additional researchers and encouraged them to participate in our multi-national collaboration. Many additional researchers heeded my call, translated the questionnaire into 14 languages, adapted it to the local context, and collected local samples. In total, the Zurich Intergroup Project brought 43 junior and senior researchers from many countries together. In a joint effort, we sampled 12,997 participants from 69 countries and four populations (i.e., ethnic majorities/minorities, cis-heterosexual individuals/LGBTIQ+ individuals).

Using this large data set and applying specification curve, we systematically tested the association between intergroup contact among disadvantaged and advantaged group members in the ethnic context and the LGBTIQ+ context. Our robust results demonstrate that intergroup contact is negatively associated with support for social change among ethnic minorities and LGBTIQ+ individuals. To illustrate, a Mapuche person who is embedded in a social network with non-indigenous Chileans, with whom this person has frequent positive interaction, is less likely to attend demonstrations, sign petitions, or propose and support policies empowering Mapuche. Despite the robust demonstration of this inhibitory effect, specification curve analysis allowed us to also find a systematic exception to this asymmetric effect. Members of disadvantaged groups with more and better contact experiences reported higher willingness to work in solidarity with members of advantaged groups to achieve social change. Further, we found that contact was positively associated with support for social change among ethnic majorities and (cis-)heterosexuals.

Nevertheless, the results further suggest inherent difficulties in leveraging solidarity for social change. The positive effects of contact on working in solidarity may not outweigh the negative effects of contact on engagement in high-cost collective action and raising ingroup awareness among members of disadvantaged groups. If ethnic minorities and LGBTIQ+ individuals no longer raise awareness about inequalities nor engage in public protest or other more direct forms of supporting social change, the solidarity of advantaged-group members would lack an effective mode of being deployed. If disadvantaged-group members, allies, or interventions aim to encourage a wide range of behaviors to promote and support social change among both groups, it seems essential that the contact is not simply experienced as pleasant in nature but addresses structural inequalities.

In the future, I want to work with my collaborators on follow-up projects using the large data set we collected together. For example, we want to assess the variability of support for social change at the country level to help understand how governmental policies affect individual engagement in support for social change. Moreover, I plan to explore how the results of the studies can be translated into an evidence-based and evaluative framework to guide the implementation of successful structured contact interventions that promote both social harmony and social equality. But for now, I want to end this post by thanking my former supervisor, Johannes Ullrich, for granting me the freedom to initiate and lead this large multi-national project. Moreover, I want to thank all collaborators for turning this project into a fruitful collaboration between researchers around the globe. Leading this multi-national project has been a departure to unknown lands which turned into an incredible journey with many facets, invaluable experiences, but also challenges that had to be overcome. I am certain that I have seized every opportunity that this journey had to offer. I had the honor to not only work with my great local team, but to also collaborate with 43 amazing junior and senior scholars living in a total of 23 countries. Last but not least, I want to particularly encourage junior scholars to reach out and collaborate with scientist from other labs and countries. You will see that collaborative projects can not only shape your academic profiles but also bring many valuable friends from all over the world into your life. 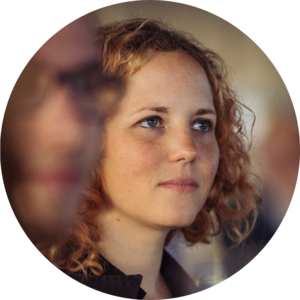