How exactly do people decide what they want to know? And how do those decisions affect their well-being?

Our interest in these questions was sparked by a series of personal experiences.

Cass’s interest was fueled during the Obama administration, when he was privileged to serve in the White House, helping to oversee federal regulation. A significant amount of his work involved regulations that required disclosure of information. The Consumer Financial Protection Bureau had a relevant slogan: Know Before You Owe.

Cass was enthusiastic about disclosure as a regulatory strategy. He thought that it could make people’s lives better.

One day he emailed a friend to let her know that the Food and Drug Administration had finalized a regulation, on which he had spent a lot of time, requiring disclosure of calories at various restaurants, including movie theaters.

Those words were deflating, of course. But she had a point. At movie theaters, people want to have fun. They want to enjoy their popcorn. As the lights go down, they do not want to wonder whether they are getting fat.

To the same effect, Cass received a much sadder lesson decades before. In 1976, his sixty-year-old, strong, very athletic father started to stumble on the tennis court. On several occasions, he nearly fell. After a few weeks, Cass’ mother insisted on taking him to the hospital for a battery of tests.

Several hours later, there was good news. After talking to the doctors, Cass’ mother came back into the hospital room with a bright smile on her face. She told her husband: “You have a reprieve! It’s just normal headaches. You are going to be absolutely fine. They will do a few more tests, so you’ll have to stay a little while. But they are sure that it’s nothing.” Along with Cass, the two had a celebratory meal, there in the hospital.

An hour later, she brought Cass into the car, to drive home. She said, flatly and without much affect, “He’s going to die of a fatal brain tumor. Probably in eighteen months. There’s nothing they can do. Nothing. But we are not going to tell him.”

Why did she decide not to tell her husband the bad news?

Our theory, which we outline in a paper in Nature Human Behavior this week1, posits that Cass’s mother (consciously or unconsciously) probably executed the following calculations. First, she undoubtedly considered the impact that knowledge would have had on her husband’s affective state (we refer to this as the “hedonic utility of information”). Clearly the impact would have been negative.

Second, she asked whether the knowledge would allow her husband to act differently or better (we refer to this as the “instrumental utility of information”). As the diagnosis was fatal, knowledge was unlikely to improve things.

Third, she may have considered how knowledge would have changed the way her husband understood himself and the world around him (this is related to a quantity we refer to as the “cognitive utility of information”) and concluded it would not have helped much. Together, these considerations would have led to the conclusion that knowledge would likely have negative impact, with little or no benefit.

The content of information was known to Cass’s mother when she decided whether to share it. In contrast, when you decide whether to seek information, you do not know for sure what information will reveal. You must decide under uncertainty.

When pregnant with her second child, her doctor proposed prenatal whole-exome sequencing. The test can identify genetic abnormalities associated with a large range of diseases.

“I’ll do it,” she said immediately.

The apparent surprise on her doctor’s face made it clear not all patients were so enthusiastic.

“One minute”, he said. “Don’t you want to first consider what you would do with such information? The test results will reveal whether your child carries genes associated with certain conditions, but the disease likelihood and prognosis, in most cases, will remain unknown.”

True, Tali had no idea what exactly she would do with the information offered, but she wanted to know nevertheless.

Her reaction fit classic economic theories2, which suggest that knowledge is always better than ignorance, because information could turn out to be useful in the future. Consistent with this idea, it has been shown that the brain treats information as a higher order reward, encoding the opportunity to gain knowledge as it does food or water3,4.

But it is also clear that people do not always value the opportunity to gain information. Many parents-to-be, for example, are not interested in uncovering information imbedded in the genetics of their unborn child. That’s no mystery. While in Tali’s case the results came back negative, positive results might have caused despair and confusion without providing a clear course of action.

Assessing the value of information is far more complex than the classic theories suggest. Yet, too little is known of how people decide whether to seek or avoid information, and what causes individual differences in this domain. Research addressing these issues is needed as more and more information is becoming available to people about their future, past and present.

In our paper1 we describe a new theory of how people make such decisions and what the implications of those choices may be for their well-being. We emphasize hedonic value, instrumental value, and cognitive value. We also show that people sometimes seek too much information – and sometimes seek too little. Our hope is that the framework will guide future research, which might eventually inform new laws and regulations governing how and when information must be disclosed. 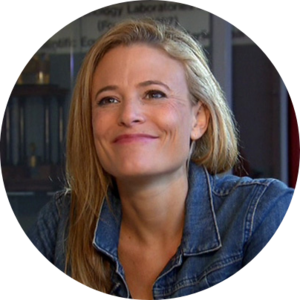