Psychologists have noted the similarity of personality judgments across many contexts, from face- to group-based impressions. This may be because we learn the actual correlation of traits, and widely apply this knowledge in judgments —even where it may lead us astray.

A notable and central finding in social psychology is that all of our judgments of others’ personality traits —from judging extroversion to humor to neuroticism— correlate with one another along a relatively small set of personality trait ‘dimensions’. For instance, most any judgment correlates well with judgments of either ‘warmth’ or ‘competence’ (conceptual illustration below). Interestingly, psychologists have noted that these dimensions of social perception seem to pop up in any context we judge others. For instance, dimensions like ‘warmth’ and ‘competence’ appear in judgments of strangers’ faces, of familiar friends and famous people, and in stereotypes of social groups.

Why does this happen?

One prominent explanation is that these similar dimensions appear frequently given the ever-present adaptive importance of understanding others’ intentions (‘warmth’) and ability to enact them (‘competence’; Fiske, Cuddy, & Glick, 2007). While this may explain why certain traits are prioritized and central to perceptions, it may not account for why other judgments align with them (e.g., humor, neuroticism). Also posing challenges to a uniformly adaptive and fixed account of the dimensions, recent decades have continuously unearthed cases in which the dimensions change in their form and number (Kervyn, Yzerbyt, & Judd, 2010; Stolier, Hehman, & Freeman, 2018).

This caught our eye in my first year of doctoral training, working alongside Drs. Jonathan Freeman and Eric Hehman. We set out to explore additional contributions to the dimensions that could explain their plasticity. At first, we primarily focused on the potential role of several social motivations, such as emotion and intergroup bias, in driving and altering trait judgment correlations (for review, see Stolier, Hehman, & Freeman, 2018). In the last couple years of my graduate training, we also considered other contributing factors to a lesser extent. To our surprise, one of these peripheral projects quickly gained traction and moved to the front of our interests, as its subject had striking explanatory power in our data. I briefly review this research below, and share some additional thoughts.

In our recent research (Stolier, Hehman, & Freeman, 2020), we provide evidence for an additional origins story of the dimensions: people have beliefs about how personality traits correlate, such as sociability with open-mindedness, and apply this knowledge anywhere we may judge people. Participants made personality judgments of strangers’ faces, famous people, or societal social groups (e.g., ‘skaters’, ‘Republicans’). In each case, we found participants’ judgments reflected their beliefs. So, a ‘sociable’ face, celebrity, or occupation appears ‘open-minded’ to us, if we believe the two traits are correlated, and less so if we instead believe sociable people as domineering and obstinate. Below is an example of how perceivers who disagree about the correlation of ‘friendliness’ and ‘competence’ traits may judge faces differently (Stolier, Hehman, Keller, Walker, & Freeman, 2018).

In essence, these findings imply we hold ‘personality stereotypes’. We generalize about others’ personality traits based on the others we ascribe to them.

But why do we apply personality beliefs in judgments, and where do they come from?

However, some personality judgments are quite often inaccurate, for example, face-based judgments (Todorov, Olivola, Dotsch, & Mende-Siedlecki, 2015). Nonetheless, our personality beliefs are still reflected in these judgments. From this observation comes an interesting speculation, that personality stereotypes, while useful in some contexts, run wild in our perceptions even when they are not relevant. That the dimensions of personality appear anywhere may be a sort of unintended by-product of a socially intelligent trick meant to be used when we have an accurate starting point.

A metaphor in evolutionary studies used for this is a ‘spandrel’, the often-adorned opening between an arch and ceiling in cathedrals. Whereas the ceiling and arch that supports it are purposeful and useful, the spandrel is a space and shape in the architecture that is their unintended by-product (Gould & Lewontin, 1979). Perhaps the ubiquity of the dimensions of social cognition is merely a spandrel of cognition, with considerable consequence.

Whether a spandrel or not, future research will be important to identify the many contexts where and when personality stereotypes help and hurt us and others the most. 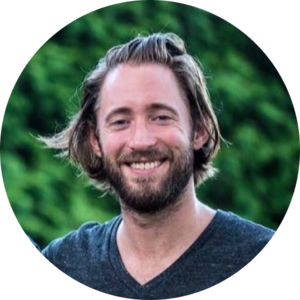