The surprising role of anterior cingulate in motivated control

The role of anterior cingulate in cognitive control and decision making is the subject of ongoing debate. We tested competing models of ACC under motivated control, and found that models based on surprise best-accounted for ACC function.

Activity in anterior cingulate cortex (ACC) is routinely observed during tasks requiring inhibitory control: the ability to stop yourself from doing something you will likely regret.  Situations requiring this form of control are pervasive - seeing that you've left your keys on the car seat even as you begin to close the locked door, for one - and have been the subject of intense study in psychology and cognitive neuroscience for decades.  Theories of ACC's role in inhibitory control range from indexing response conflict (the competing impulses to continue shutting the door vs. pulling your arm up short), error signaling (the sinking sensation just after you've slammed the door home),  and registering surprise (high if this is the first time you've ever locked yourself out of your car, low if this is an all-too-common occurrence for you).

A recent theory of ACC function, the Expected Value of Control (EVC) model (Shenhav et al., 2013), suggests that ACC performs a cost-benefit analysis to determine whether the effort of halting a behavior is offset by the potential payoff.  If the other doors to the car are unlocked, it is probably not worth the effort - and potential injury - to block the car door from closing.  Despite the substantial attention garnered by the EVC model, it is questionable whether it can make valid predictions about ACC function that distinguish it from the competing models described above.

In order to address this issue, we applied these models to problems that require motivated control.  If inhibitory control is necessary for halting inappropriate behavior, motivated control is needed for identifying and promoting a desired behavior, even if that behavior is difficult.  If someone were to offer you a hundred dollars, no strings attached, a warm smile and polite "Why yes, thank you" is generally all that is needed.  If someone offered you a million dollars in a dark, noisy, crowded club, however, there is a great deal of incentive to unambiguously indicate, by any means necessary, that you accept, i.e., you are motivated to shout loudly and nod vigorously to get the point across.

In the context of motivated control, we observed that two models of ACC, the EVC model and a model based on surprise (AKA, the Predicted Response-Outcome (PRO) model, Alexander & Brown, 2011), predict opposite patterns of activity.  The EVC model predicts that ACC activity should be minimal when a choice is either easy to make or when all options have similar results.  In the former case, no control is needed since the decision is almost automatic, and in the latter case, additional control won’t significantly change the outcome, and is therefore not worthwhile.  The PRO model, in contrast, suggests ACC activity should be highest when options have similar potential outcomes, but also when one option is dramatically better than the other: easy choices are rare, and thus surprising.

We tested these predictions using fMRI on human subjects performing a speeded decision-making task.  Our results provide unambiguous support for predictions of the PRO model, while we fail to find any region anywhere in the brain corresponding to the calculation of an optimal control signal predicted by the EVC model.  The clarity of our results overwhelmingly points to a primary role for surprise in ACC function, while highlighting the need to quickly test new models of brain function before unsupported theories can be widely adopted. 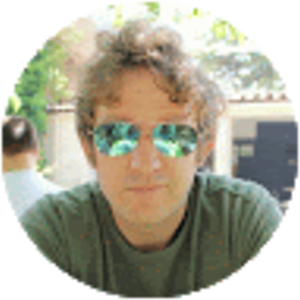