It’s well known that people living in liberal democratic nations tend to have certain cultural values. But unpicking the relationship between democratic institutions and democratic culture has been hampered by a lack of survey data beyond the last two or three decades. This has made measuring long-term changes in culture very difficult.

This was the problem I set out to solve for my PhD research at the University of Bristol. I arrived at a solution by acknowledging that we all tend to acquire our cultural values during our formative years. From this assumption, and using only data from modern-day surveys, I extracted a timeline of cultural change stretching back to the earliest decades of the 20th century.

My PhD adviser, Alex Bentley, and I knew we had built a powerful new tool for unpicking the relationship between culture and socioeconomic development. We could now see how culture changed during the early decades of the 20th century in more than 100 nations around the world.

Armed with this new tool, we published an analysis in 2018 showing that declining religious belief is a prerequisite for economic development. Our finding contradicted a long-standing idea in secularization theory, so it caused a bit of stir in the U.K. press.

Following that success, we connected with Luke Matthews, an analyst at the public policy think tank RAND. Over coffee, we began to wonder: could our new tool also shed light on the link between democracy and culture. We thought this research could have profound implications for public policy.

The Iraq War hypothesis was one that we wanted to test. But before we did, we had one last methodological hurdle to overcome: Galton’s Problem. Put colloquially, Galton’s Problem means 'no nation is an island'; in fact, all nations are connected by shared history and language to a greater or lesser degree. Failing to account for this can lead to an erroneous analysis.

This is where University of Auckland psychologists Quentin Atkinson and Thanos Kyritsis came in. They used their expert knowledge of language phylogenies (the family tree of languages) to create a cultural network of the world nations, where linguistically close nations (such as New Zealand and the United States) are closer than linguistically distant nations (such as Iraq and Japan).

Quentin and Thanos’ language network meant we could finally test our hypotheses.

We showed the Iraq War hypothesis was wrong. Installing democratic institutions does not necessarily breed democratic culture. In fact, democracy is far more likely to flourish when democratic culture, specifically openness to diversity, is already in place.

We also made a second discovery that should be concerning for Western democracies: declining confidence in national institutions is linked to political instability. This means that the growing cynicism and distrust felt for truth-telling institutions (like the government and media) could have serious consequences for democracy. 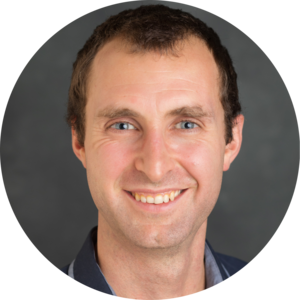