Climate change affects women and men differently. For adaptation and development interventions to be effective, understanding how risks interact to shape local responses is key. Doing so can identify solutions that contribute to gender equality rather than exacerbate unequal roles and relations.
Chandni Singh
Researcher, Indian Institute for Human Settlements, csingh@iihs.ac.in
Follow
Like Liked by Ruth Milne and 1 other
0

Qualitative comparative analysis of 25 case studies across climate change hotspots in Africa and Asia shows that male migration and women’s poor working conditions combine with either institutional failure or poverty to constrain women’s agency, which limits their adaptive capacity.

The feud between quantitative and qualitative researchers is an old and unresolved one. Generalisation versus nuance; broad patterns and representative samples versus in-depth discussions on why we see what we see. At the second annual meeting of the Collaborative Adaptation Research Initiative in Africa and Asia (CARIAA), a project spanning 12 countries across Asia and Africa, the Gender and Equity Group found itself tussling with some of these challenges.

We were starting our research on the barriers and enablers to adaptation in climate hotspots and wanted to ensure that we don’t lose sight of the different ways in which climate change impacts poor women and men and their responses to manage multiple risks. The 25 cases we finally documented were wide-ranging and multi-sectoral; from livelihood shifts due to environmental change in Himalayan villages across Pakistan and Nepal to water scarcity-driven migration in dryland India. While ethnic identity emerged as a driver of women’s vulnerability in Namibia; in Mali, decision-making around food was shaped by who headed the household.

Given this diversity, pulling together a common narrative was not easy. At that point, Dr Arabinda Mishra (ICIMOD) and Dr Navarun Verma (then at TERI) introduced the group to the Qualitative Comparative Analysis (QCA) methodological approach. Aimed at analysing qualitative data from complex situations, QCA attempts to explain why change happens in some situations but not others. Applying set theory to qualitative cases, it identifies combinations of causal factors that explain a particular outcome.

Over the next two years (2017 and 2018), with support and encouragement from the funders, IDRC Canada, we agreed to an overarching hypothesis: “Does increasing women’s agency lead to improved adaptive capacities and indeed empowerment?” There is a long lineage of feminist studies examining women’s agency and empowerment, especially in the global South where our work was based but less insights into how climatic risks were changing the contexts within which men and women were operating. We hoped to, through our in-depth research, query if climate change and related risks were changing the rules of the game.

We were a mix of experts, early/mid-career researchers and practitioners. With regular calls to check in on each other during the process of data collection, in 2018, a final writeshop helped cement our findings. Armed with results from the QCA analysis, we began the difficult step in any analysis – writing up findings, making choices about what was novel and interesting, going back to old debates on adaptive capacity and empowerment, while revisiting field notes for insights on particular topics. QCA offered the advantage of generalizing our findings from the comparison across multiple cases while not ignoring their strong dependence on local context.

Our analysis showed that lack of focus on women’s agency in all its complexity has contributed to the failure of several adaptation interventions. Environmental stress, alongside male migration and women’s poor working conditions combine with either institutional failure or poverty, to constrain women’s ability to make choices and decisions. Efforts to strengthen the adaptive capacity of poor women (and men) need to move beyond stereotypes to think creatively about a range of resources and opportunities that can create an enabling environment for women to exercise their agency, essential for moving towards sustainable and effective adaptation.

In early 2019, we submitted our paper to Nature Climate Change. When accepted in late 2019, we received a particularly thoughtful note from the editor conveying NCC’s eagerness to cover more social science research, especially on themes of gender.

Doing place-based research of global significance is a difficult and time-consuming task. Add to it the challenge of synthesising across multiple geographies, disciplines, and data types, and you have a substantial task at hand. However, writing this synthesis paper has been a truly rewarding experience. By synthesising granular data on how and why women’s adaptive capacity is enabled and constrained, we have contributed to furthering an understanding of how gender (and indeed multiple identities such as age, ethnicity, economic status) interacts with climatic risks to shape how people respond to and adapt to climate change. This synthesis also responds to repeated calls by global assessment exercises like the IPCC or IPBES for adaptation researchers to synthesise highly local case studies. What started out as a tentative experiment with an analytical approach, has resulted in a paper that captures how climate change shapes men and women’s ways of exerting their agency and adapting to a changing world.

Chandni Singh
Researcher, Indian Institute for Human Settlements, csingh@iihs.ac.in
Follow
Chandni is a researcher and faculty member at the Indian Institute for Human Settlements (IIHS), Bangalore. Her research examines the human dimensions of global environmental change focussing on drivers of vulnerability to climate change and natural hazards, linkages between climate change adaptation and development, and behavioural aspects of climate adaptation. She is a Lead Author on the IPCC Assessment Report 6 Working Group II, Contributing Author on the IPCC's Special Report on 1.5 degrees, and serves on the Editorial Boards of Regional Environmental Change, Climate and Development, and Progress in Development Studies. 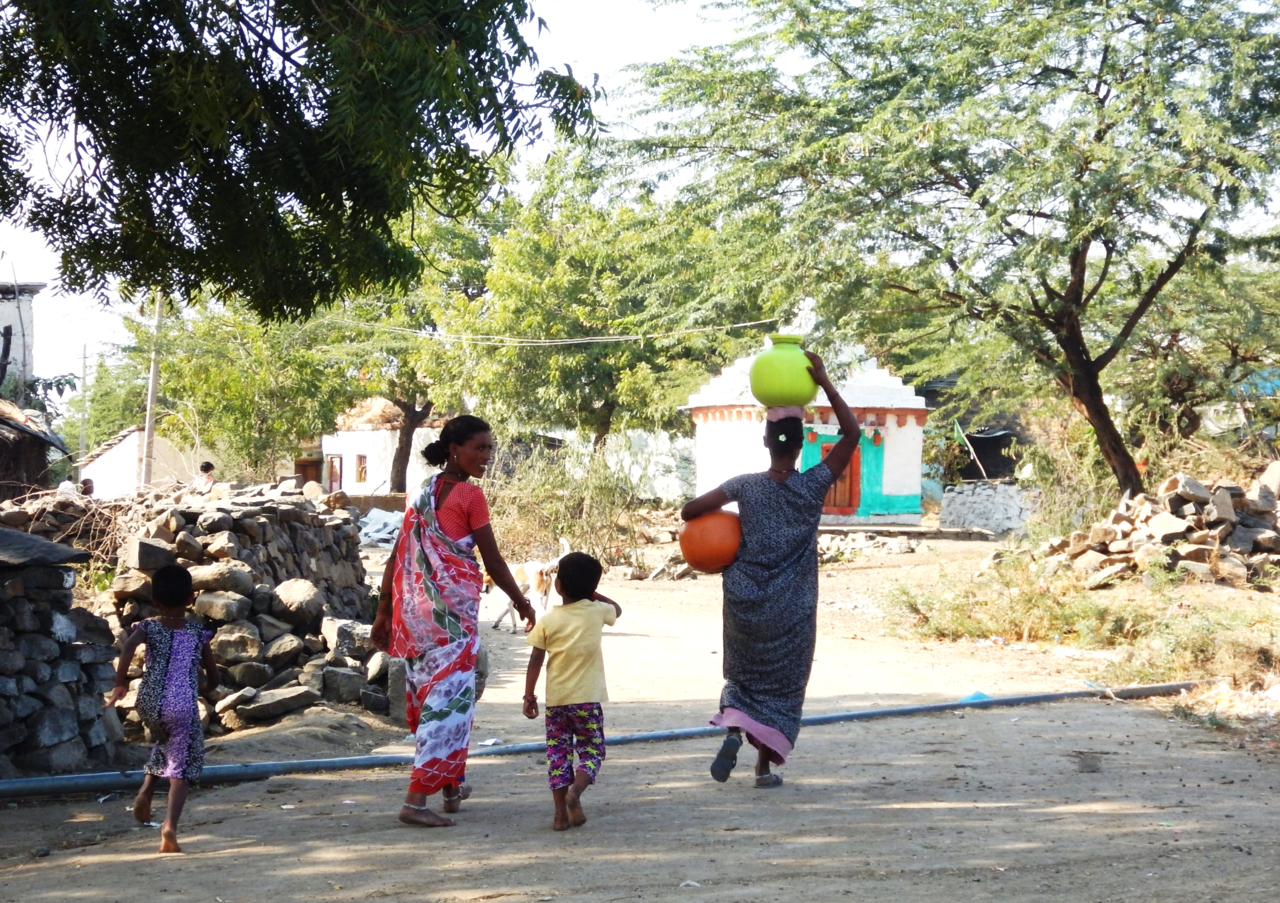 Climate change affects women and men differently. For adaptation and development interventions to be effective, understanding how risks interact to shape local responses is key. Doing so can identify solutions that contribute to gender equality rather than exacerbate unequal roles and relations.