As other collective action problems, mitigating climate change requires a minimum number of cooperating countries before losses are averted. Benefit is shared and cooperation is costly: how to prevent free-riding, then?
António Góis
Junior Research Scientist, Unbabel Lda
Follow
Like Liked by Bastien Conan and 3 others
0

This past September 2019, more than 4 million people invaded the streets all over the world demanding immediate action to avert the effects of climate change. This massive demonstration of civil engagement – probably the largest climate protest in world history – opportunely preceded a UN Climate Change Summit. The climate movement is backed up by scientific evidence: The Intergovernmental Panel on Climate Change - a United Nations body responsible for assessing the science related to climate change – recently reported that limiting global warming is urgent and necessary to reduce hazardous impacts on ecosystems, human health and well-being. There is scientific, political and civil agreement on the human influence on climate change and the need to prevent its dangerous effects.  Why, then, are countries falling short of their promises and efforts? Why did we reach this point despite all warnings?

Game Theory helps up understand why it is hard to achieve cooperation on issues such as mitigating the effects of climate change. Changing consuming habits, transitioning to renewable energy, divesting from fossil fuels or overall approving measures to reduce greenhouse gas emissions requires an effort. While it is urgent that a minimum number of countries incurs those costs, the challenges to effectively act are (at least) twofold: the individual optimal is to expect others to cooperate and collect the benefits without having the costs; the scenario where one has the costs without that being enough to reach the threshold for collective success is daunting. Incentive mechanisms need to be designed to prevent the logjam.

All of this can set a pessimist tone, but the tools of evolutionary game theory can also be used to point solutions - climate change dilemmas actually have properties that, once known, can be used in favour of cooperation. Previous work uses a non-linear Public Goods Game to model the setting of a climate change dilemma. In practice, this means that some contributions might have a higher impact than others. Let’s say we have a group of 10 people who decide individually whether or not to contribute, and 5 cooperators are needed to guarantee that a catastrophe is prevented. If we move from 2 to 3 cooperators, the impact may be negligible. However, moving from 4 to 5 cooperators means that the disaster can suddenly be avoided. Payoffs do not scale linearly with the number of contributors. Surprisingly, this assumption brings good news. Without it, any starting point will converge to zero cooperators. With it, after an initial struggle to get cooperation started, such system is expected to evolve naturally to an equilibrium where cooperation is sustainable.

So far, so good: Cooperation can be stabilized once triggered. But the initial spark is still missing. Incentives can then be designed to prompt initial cooperation. Punishment and Rewards are two possibilities. In this work, we compare those mechanisms in the setting described above.

Though the effect of rewards or punishment may seem equivalent — both contributing to give a net gain to cooperators — their impact is significantly different depending on the number of cooperators existing in a population. In the case of linear public goods games (that is, any individual contribution has a positive impact on the group gains), it is known that one should punish if there is a minority of defectors and reward when there is a minority of cooperators. In the case of non-linear public goods (which can characterise climate change dilemmas, see Figure 2), however, we show that reward performs remarkably well on its own.

As mentioned before, triggering cooperation is key in the class of collective action problems that we study, particularly when the perception of risk associated with collective defection remains low. Punishment can maintain already existing cooperation, whereas reward is crucial to get it started. For this reason, rewards prove to be, in general, more effective to incentivize cooperation. This is a comforting result given that punishment is harder to implement in an international setting!

In the usual way of describing incentive mechanisms as carrots (rewards) and sticks (sanctions), our results provide a clear message: one should better focus on the design of a sound carrot instead of tampering with sticks. 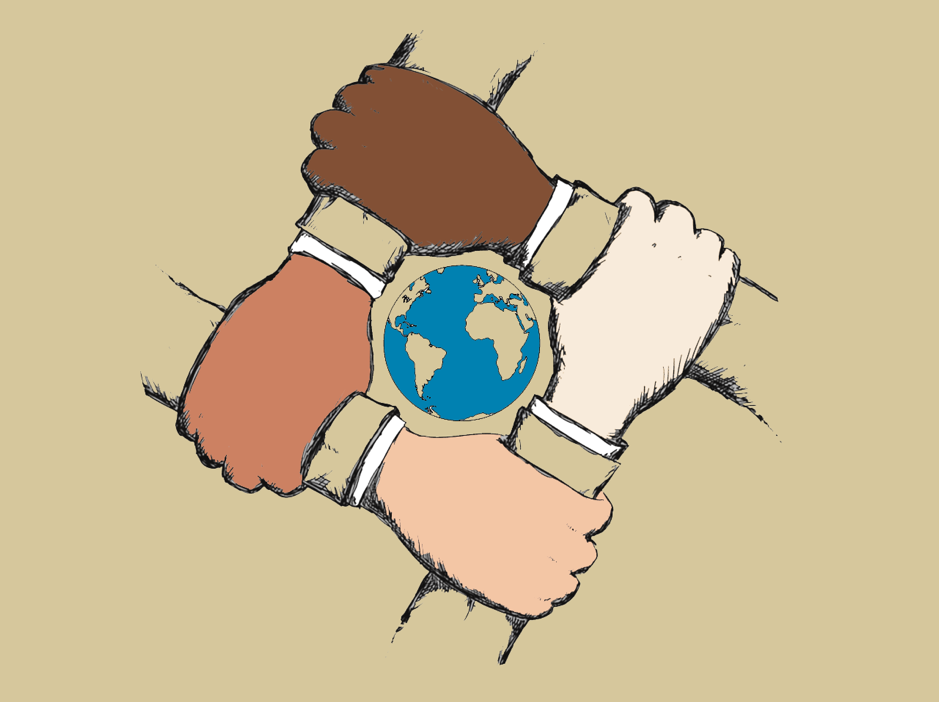 As other collective action problems, mitigating climate change requires a minimum number of cooperating countries before losses are averted. Benefit is shared and cooperation is costly: how to prevent free-riding, then?