The article in Nature Communications is below:

Mercury (Hg) is a global pollutant and poses health risks to wildlife and humans. Methylmercury (MeHg), one of the most toxic forms of Hg, can significantly reduce the intelligence quotient (IQ) of children, can cause developmental delays in children and may result in cardiovascular impairment in adults.

One influential finding has suggested that fish consumption is the single significant dietary source of MeHg in the world. However, this conclusion has been challenged by many previous studies in mainland China. Although our recent paper found that human MeHg exposure across China was dominated by fish consumption, rice consumption could also be a significant dietary source of MeHg in China. Hence, we consider it necessary to conduct a global comprehensive evaluation of human MeHg exposure through rice consumption.

Additionally, unlike fish, substantial rice residues, defined as the non-edible parts of the rice plant, are left or burned in the fields after harvest. Recent evidence suggests that vegetation could play an important role in global Hg cycles. Nevertheless, the contribution of commercial crops, which could be labelled anthropogenic bio-vectors, is still unknown. Thus, our efforts could help address this knowledge gap through investigation and through the use of a variety of modelling tools.

The impetus for this research was to quantitatively understand how Hg in rice plants interacts with human health and environmental systems on a global scale. Unexpectedly, we found that rice could be a significant dietary source of human global MeHg exposure, especially in South and Southeast Asia, although most studies regarding Hg exposure through rice ingestion have received relatively little attention in geographic regions outside China. Additionally, we found that globalization caused substantial geographical replacement of human MeHg exposure via the international rice trade and significantly aggravated rice-derived exposure in Africa, Central Asia and Europe. In most regions of the world, inhabitant MeHg exposure from rice consumption would not exceed that from fish. Motivated by the insightful comments and suggestions on our study from the editor and reviewers, we further established that due to the joint ingestion of fish and rice, MeHg exposure is an emerging health issue in many polluted areas where rice is a staple food and is cultivated in heavily Hg-contaminated soil.

As we indicated in the paper, further research could focus more on Hg exposure through rice ingestion in regions outside China, especially in South and Southeast Asia. This information will help us protect the environment and enhance food security. We hope that this blog post has encouraged you to read our paper and join us in further understanding how toxicants in food interact with human and other systems! 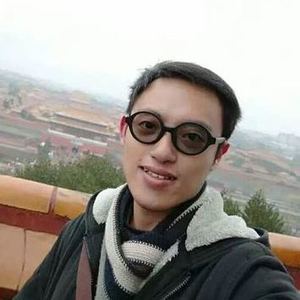