For many, a sleepless night culminates into feeling sluggish, irritated, and unfocused the next day. Beyond the mental and physical fatigue from insufficient sleep, many of us may also recall experiencing late-night cravings for sugary and fatty foods. Indeed, lack of sleep is strongly linked to eating high calorie snacks even in the absence of feeling of hunger. Therefore, it should not come as a surprise that as the number of hours spent on sleep per night has decreased over the years in the United States, the rates of overweight and obesity have increased in parallel.

What is it about sleep loss that makes us crave donuts and potato chips late at night? Research shows that lack of sleep kicks off a process in the body that increases the blood levels of naturally produced neurotransmitters called endocannabinoids. These compounds act on the same parts of the brain as cannabis, making the eating of high-calorie foods more enjoyable. In mice, these compounds act on the brain to make smells appear more intense. All this got me thinking about why I always linger on in the cookie aisle at my local grocery store, especially after pulling an all-nighter to finish an important assignment. Does my brain respond differently on the days when I am not getting enough sleep and makes me crave those chocolate chip cookies? This curiosity lead us to explore the idea in a laboratory study by asking two important questions; Is the reason why people crave and select unhealthy foods, related to how the food smells are processed in our brain? And, if sleep is indeed changing the way smells are processed in our brain, is this due to endocannabinoids?

To answer these questions, we invited adults with healthy sleep patterns to our laboratory twice: one time after they had slept for 8 hours at night, and a second time after they only slept for 4 hours at night. The following day after consuming a standardized breakfast, lunch, and dinner, we placed these participants inside an MRI scanner and scanned their brains while they smelled various food and non-food related smells. Later that night, we offered them a buffet of snacks where they could eat whatever foods they wanted. We then measured how much and what they ate.

Intriguingly, although people did not report feeling any hungrier after a short night, they ended up selecting foods that had higher energy density (calories per gram of food) at the free choice buffet. So, our next question was, what made these sleep-deprived people choose doughnuts, chocolate chip cookies, and potato chips from the buffet meal? Examining the brain scans, we found that the smell processing region in the brain, the piriform cortex, differentiated more clearly between food smells from the non-food smells when participants were sleep-deprived. Interestingly, the piriform cortex also reduced its communication with another region of the brain important for processing food-related information, the insula. So, it seems that when the piriform cortex did not communicate with the insula effectively, people started eating more energy-dense foods. Further, increased blood levels of endocannabinoid compounds, appeared to alter the connection between the smell processing and food processing region of the brain, explaining the shift to high-calorie foods when sleep-deprived.

Putting this all together, we showed that sleep loss influences blood endocannabinoid compounds, which in turn alter the communication between piriform and insular cortex leading to a shift toward foods that are high in calories. Identification of these neural pathways may be an important step towards developing targets for the treatment of obesity or regulating food intake in night-shift workers. It is also an important reminder for me to steer away from that pizza shop around the corner. Or I fear that those smells of fresh-baked dough will lure me in! 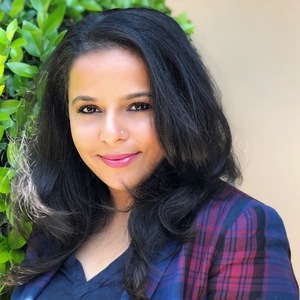