“Man is by nature a social animal; an individual who is unsocial naturally and not accidentally is either beneath our notice or more than human. Society is something that precedes the individual. Anyone who either cannot lead the common life or is so self-sufficient as not to need to, and therefore does not partake of society, is either a beast or a god.”

In other words, human behavior cannot be interpreted disjointly from the social network structure in which it is naturally embedded.

Society is constituted by individuals and their interconnections. In mathematical language, it can be represented by a graph, or network, in which the individuals are the nodes, and the relationships are the links, or ties. Each connection, being it a friendship or another type of social relation, is the result of a human decision process in which the individuals select with whom they want to interact. In this decision process, actors might act fully or partially rationally, yet they are driven by a number of sociological and psychological factors, which depends on the personality: some might be more keen in gathering influence in social media, some others might prefer fostering friendships within particular communities, some might be willing to use network connections to advance their career.

The social network structure as the ensemble of individuals and their interconnections is then the outcome of the human decision linking process. At the same time, human behavior is also partially shaped by the structure of the society individuals are immersed in. Hence, social networks constitute highly complex systems because of their size, the representation of the interactions among their components (human beings), as well as the interdependency between the individual behavior and the evolving network structure.

Whereas sociologists and psychologists can help in the understanding of the single individual behavior, and physicists and statisticians provide methods to allow dealing with complex systems such as bird flocking or robot coordination, very little is known about the interdependency between social network structure and human behavior.

When I first met my PhD advisor, Prof. Florian Dörfler, I was looking for a complete new challenge. With a mixed background in Applied Mathematics and Computer Science, I had been focusing on 3D modelling of fluid-dynamical systems. On the other hand, Florian's main research interests were centered around distributed control and optimization in complex, cyber-physical, and networked systems with applications to smart power grids and robotic coordination. Yet, he told me he was interested in starting a new adventure, working on Social Networks. That was the challenge I was looking for! Working on mathematical modelling of social networks allowed me to open my mind to a complete new set of disciplines without losing my profound analytical attitude.

From the beginning of my PhD I was interested in the problem of social network formation. After learning the basics of Graph and Game Theory, I used the book on Social and Economic Networks by M. Jackson as reference point. Following the Economics literature approach, Florian and I started building our own model of strategic network formation, and we continuously exposed it to the criticism of the Sociologists. In this respect, we are particularly grateful to Prof. Christoph Stadtfeld (Social Networks Lab at ETH Zürich) for all the useful insights and suggestions, but we must also acknowledge all the useful comments received from the Network Science community at different international conferences, e.g., NetSci '18, Complex Networks '18.

Despite all the struggling with the rigorous mathematical proofs, we finally reached a model that could describe the emergence of particular network configurations as a function of the underlying individual incentives. For example, we knew that a democracy (complete network) was possible when the individuals were seeking social support (clustering) from their neighbors. Conversely, a dictatorship (star network) is more likely when actors are striving for structural holes, which are missing connections between certain pair of agents, thus brokerage opportunities. In this respect, we could explain several known results with a unified, extremely flexible, parametric model. Unfortunately, at this point we did not have a way to deal with real world networks.

During summer '18, we had another meeting with Christoph who helped us taking the next fundamental step: we could use the empirical network data in order to learn the individual incentives of the actors. Our first attempt concerned the network of relationships within members of an Australian bank, and the analysis showed how the individual behavior is ultimately closely correlated with the hierarchical structure. This missing piece allowed us to close the loop between individual behavior and network structure, making the model ready to be used to analyze real world networks, as well as synthetic networks such as the famous Preferential Attachment model or the Small-World network model. In this respect, we must also acknowledge the Nature Communications reviewers, who prompted a number of inputs aimed at increasing the visibility and applicability of our results. Especially after their suggestions, we focused on refining our "behavior estimation method" to comply with standard statistical tests. Thanks to the collaboration with Marco Gallana, a mathematician currently working as quantitative analyst, its final statistical formulation can now be viewed as a tractable optimization problem. In particular, our efforts aimed at providing the method at an abstract level so that it could be used as a general tool to bridge game theoretical analysis with statistical inference.

The last challenge was to validate our predictions on a ground-truth model. This came with the separate challenge of finding a ground-truth data set of individual human behavior and a social network. We eventually chose a well-studied historical example used to understand the rise in power of the Medici's family in Renaissance Florence. Among other results, our analysis confirmed that the Medici gradually but surely exploited the structural holes within the oligarchic marriage network, and enabled structural isolation among Medici partisans, deterring them from marrying or having business with the oligarchs.

In summary, our article "Game Theoretical Inference of Human Behavior in Social Networks" is the result of a long journey through Sociology, Psychology, and Economics, ended into a multi-disciplinary mathematical framework of social network formation. One of the main contribution of our work lies in its capability of bridging the results obtained from different communities, using a quantitative approach which is sociologically well-founded, statistically robust, and flexible to different specifications. Moreover, it allows to reverse-engineering human behavior from easily accessible data on the network structure. In the big-data era, this can potentially have a tremendous impact on sectors such as social media marketing. Thus, we hope that our work can foster a synergy between the scientific communities and pave the way towards further investigation of the mutual interaction between human behavior and social network structure. 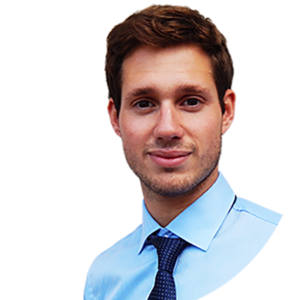