On the road to a PhD: A matter of poetry?

Thousands of hours
Unweaving the rainbow
Next to the numbers

In this haiku we have tried to synthesize our thoughts about what the PhD scientific career has become. More and more frequently, PhD supervisors aim at inspiring passionate feelings about science in a time in which quantification has jumped far from the domain of data collection and analyses to embrace all aspects of our scientific daily life.
Typically, the "professional" career of a PhD student starts with time and numbers ("Thousands of hours") since supervisors expect that they expend a large amount of time collecting a large amount of data. At the same time, supervisors often expect that students share a romantic view of science just as in John Keats verse in which he complained about how much Newton’s scientific revolution hurt the poetic view of nature ("Unweaving the rainbow"). However, the real thing is that supervisors want students to be "Next to the numbers" by squeezing data with more and more difficult statistics until they fit supervisor’s expectations. In sum, on the road to the PhD students’ attention moves away from a focus on the research question towards a focus on the end product. Instead of giving PhD students a training process in which supportiveness and working style should be critical, we expect that students contribute to the supervisors’ scientific careers rather than to their own development as scientists. Santiago Ramon y Cajal cited two essential aspirational qualities a scientist must possess: love for science and passion for glory. Sooner than later, the young researcher might perceive them as competing motivations. Even sooner, the doctoral candidate might realize that the professionalization of science represents an even stronger competitor to the “love for science”.
This conflict of interest seems to be exacerbated in those countries without an investment tradition in Research and Development (R&D). Just to give an example, according to EUROSTAT Croatia Gross domestic product (GPD) spending on R&D was 0.86% in 2017, while the average spending in the European Union was 2.07% of the GDP. Education in Croatia is fairly accessible, and although there are not many PhD positions founded by Universities, doctoral studies are mostly affordable. The major problem starts after obtaining PhD. Scientific research is almost exclusively connected with Universities and less with Institutes. The number of scientific positions is limited by country politics so young PhDs do not have opportunity to stay in science. In other words, because of limited vacancies, there is a high chance to lose valuable young researcher who could give a significant impact to science. Moreover, scientific projects are mostly funded by the Croatian science foundation, which does not allow applying for funding without full-time job on accredited Croatian institutions. For such “lost” young PhDs, there is almost no way to enter and stay in Croatian scientific community.
Even staying in the system does not promise a long lasting romance with science for motivated young researchers. They are encouraged to attend international summer schools, workshops and to get involved in interdisciplinary studies, but upon returning home they must face significant shortage of adequate research equipment. Some of them are lucky as they are able to finish the research in foreign laboratories, but if the nature of the topics requires Croatian participants or needs to be located in Croatia, the romance is in trouble. The lack of resources forces these PhD students and young PhDs to change their topics of interest. The easiest solution for them is to become a part of an existing research project and to forget their first love, intrinsically motivated research.
Finally, public opinion about science in Croatia is on a pretty low level as it is perceived money is wasted on people who do nothing. In such environment, which leaves part of young PhDs out of the system, and overwhelm does who are in the system with administration, lack of resources and teaching duties, creates an universe without motivation and enthusiasm for the science. Not only we do not give them numbers, we do not give them anything.
To end up, we believe that if we ask students about their feelings after completing their PhD and looking at the wasted land that follows, they could likely answer with these words by the haiku master Masaoka Shiki: 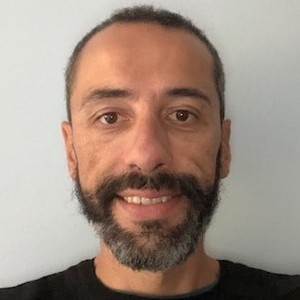