Perishing due to responsible research practices?

In 2011-2012, a number of events transpired that sent a shockwave through various scientific disciplines. The fraud cases like Stapel’s, concerns about the replicability of important findings (e.g., Begley & Ellis, 2012), reports about the widespread adoption of questionable research practices (e.g., John et al., 2012),… prompted several researchers to advocate for radical changes. This resulted, directly or indirectly, in the emergence of pre-registration and registered reports, the development of the Open Science Framework, and the creation of badges to recognize open science practices, along with many other (grassroots) initiatives.

Responsible research practices like ethical data sharing, providing analysis code (embedded in dynamic documents), and pre-registration of confirmatory research, to name just a few, are believed to increase the transparency of empirical research. However, they can be quite challenging and very time-consuming (e.g., providing detailed documentation and metadata, running studies with large sample sizes to achieve compelling evidence, developing numerous analysis pipelines to anticipate different outcomes; Allen & Mehler, 2019). This burden often falls (partly) on junior academics (i.e., graduate students and postdocs), as they are typically the ones who actually get their hands dirty conducting the research. To add insult to injury, supervisors may lack the necessary experience to guide their mentees in this respect, or, worse, might not be supportive and view it as a waste of time. Taken together, academics engaging in responsible research practices may produce fewer articles, thus setting them back in the publish or perish rat race. This is especially worrisome for early career researchers, because of their precarious job status. Though it appears to be the case now that funding agencies and universities increasingly vow to focus on quality rather than quantity, it remains to be seen whether they are truly committed to this vision, or merely paying lip service.

As an early career researcher, one might receive warnings, whether implicit or explicit, about the possible career costs of responsible research practices. For instance, when I set my first steps in academia in 2012, the former editor-in-chief of a flagship journal in psychology gave a guest lecture on how-to-get-published during which he delivered the infamous words “I don’t care about your failed studies, I only want to know about the ones that worked”. However, with textbook research methodology still fresh in mind, and the advent of various initiatives supporting rigorous research, many junior academics opt(ed) to go the extra mile, despite the looming risk of coming up short at the end of the line (i.e., not having enough papers in high-impact outlets). Speaking for myself, I pretty much accepted that (gradually) adopting responsible research practices could sidetrack my career in academia. It closes some doors due to a (perceived) lack of output, yet selection committees might not be upfront about it, instead hiding their true motives behind hollow terms like “complementarity” and “fit”. In addition, advocating for pre-registration, conducting a replication, or signing a critical review might rub some people the wrong way, thus potentially compromising certain career opportunities. That said, commitment to responsible research practices might open other doors, and, frankly, which room would you rather work in?

What I did not anticipate, was that this dilemma would resurface, to a much greater extent, when mentoring and teaching students. By encouraging others to engage in responsible research practices, you are potentially jeopardizing their careers rather than your own, something I find much harder to navigate. On the one hand, it is important to properly educate (junior) academics about these, relatively novel, approaches to research, and it is rewarding to see how they enthusiastically incorporate such practices in their own workflow as a result. On the other hand, what may be good for science is not necessarily in the best interest of individual researchers aspiring a career in academia. So by introducing mentees/students to responsible research practices, I might in fact be handing them the spades to dig their own academic grave, and (inadvertently) deny them certain job opportunities down the road. Striking the right balance in that respect, is not trivial. Ultimately, it is a matter of trying to provide accurate, balanced information, such that everyone can make a decision they feel most comfortable with.

Finally, this perspective is by no means unique, nor is it one shared by all (early career) researchers and teachers. So, why write about it in the first place? Publish or perish, right, though the impact of this post will likely be limited anyway; or is that too cynical of an ending?

Postscript: at the time of writing, I was a postdoc at KU Leuven. 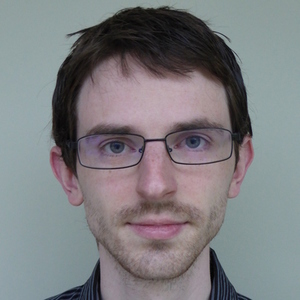