Oh no, I haven’t published: Navigating the job market without a publication record

The moment of handing in a PhD thesis and being on a job market with zero first author publications is dreading.

Throughout most of my PhD, I have heard different rules of thumb on how many articles one should have in order to be competitive on the job market; none of them however mentioned what happens if you fail to publish at least one paper. In an ideal world, of course, anyone would have avoided this situation altogether but for me it was not possible. In its true sense, being PhD student should mean being a researcher in training, but in the current job market climate researchers in training simply cannot afford to make mistakes like mine; the competition requires us to be researchers in training who publish solid papers or fail. Based on my own autopsy, there were at least two reasons why I struggled to publish during the three years of my PhD. First, I knew my work was not as strong empirically as I did not have any resources to pay for research participants nor my research was a part of a larger ongoing project. Second, despite writing up two manuscripts, both ended up being rejected multiple times. Reviewers recognised that there was not enough evidence and pointed out issues with theoretical frameworks I was presenting.

Despite the unattractiveness of my CV in terms of my publications, I managed to secure an 18-month postdoc and then, one first author publication and one registered report later, another three-year one. I wish I could offer a magical recipe for what, at least to this point, looks like a smooth progression in my academic career. What I keep realising, however, is that persistence and luck (in that specific order) are the major contributors. Submitting tens of applications and then attending at least ten other interviews is undeniably exhausting and discouraging: each application was involuntarily a new hope, promptly turned into a new disappointment. It was emotionally tough. However, only increasing the number of attempts can increase the probability of success, which meant trying for all types of jobs: in better departments, in worse departments, teaching, postdoc, non-academic, in the UK, rest of Europe, the US, Australia. Then, there was luck. As I did not have a good enough CV to apply for fellowships, my fate depended on whether the currently advertised positions fall within my research expertise; I had no control over it. And that is just the recipe of how I got where I am now.

For the first postdoc, I was aware that I was not in a great position to be picky about which department would be the best fit for me. I was in disbelief when I finally was offered a position in France – a country I have never even visited. I was apprehensive at first because I did not speak French and the university was based in a smaller city. Little did I know, the department was well known for its quality of research in France. It was a good place to be an early career scholar. At the time of joining, I was the only non-Francophone postdoc and moving abroad came with its challenges, but I was given a lot of freedom and support to pursue my own research as well as join the existing projects. I have had time to write up other manuscripts from my PhD and publish. So, in a way, this position was perfect in allowing me to have more time to build my publication record. At the time of applying for my current position, I had two first author publications, two articles under review and a preprint. Those 18 months really made a difference.

Interviewing at multiple of institutions, however, was far from being a waste of time. Each opportunity to talk to the search committee and receive valuable feedback on what made other applicants more successful. For postdoctoral positions I applied for, the rejection feedback was almost universal: “You would have been great at this position and you have all the necessary skills, but we had a candidate who fitted the research interests more”. At none of the institutions, at least at the interview level, was the scarce record of publications pointed out to me. I have a feeling, however, that committees that have never shortlisted me could have hold the low publication count against me, especially for the positions based in the US. Above all, demonstrating that your research interests are closely related to the proposed project (and not just the department or the lab more generally) seemed to be the most important factor, after all other boxes such as specific statistical tools or methodologies were ticked. In this way, I found that having published on the specific topic was not a no-no – during interviews, I often mentioned ongoing work to demonstrate how my research interest overlap with the advertised position. I have also interviewed for a lectureship (a tenure track position) at a research-intensive university in the UK. Here, the focus at the interview appeared to be “at which journal will this paper be published”. This made sense as obviously the department wanted to retain or improve their position in the national research rankings, and it made me realise that perhaps applying for lectureship positions was a bit of a long shot at this stage.

If I could give one piece of advice to those struggling to get the paper across the publishing line would be to consider preprinting. Preprinting involves posting a ready-to-submit version of a manuscript to an open repository such as PsyArxiv. Most journals policies allow manuscripts to be posted and openly available; despite this, it is not necessarily a common practice yet to upload all finished manuscripts as preprints. I remember being initially apprehensive about this idea as it may feel like you are exposing your work without having any assurance of its quality. I only recently warmed up to this idea also. The main benefit I see is that preprinting changes the paper from a mysteriously vague titled “under review” line on the CV to a concrete, accessible evidence that the work is completed. It also demonstrates the expertise in specific literature and methodology. Moreover, there is some evidence that preprints can boost social media attention scores that the paper attracts and even results in a small increase in citations.

Finally, do not underestimate the impact of other parts of your CV. Being a good researcher is not only determined by publications. A good researcher is proactive (for example, seeking and securing external funding), engaged (in departmental life, participating in committee meetings, mentoring others) and trained (searching for opportunities to develop their technical skills). I have a lot of colleagues who tick of all these boxes and yet struggle to get published: does this make them any less competent than those who completed their PhD in more suited circumstances to publish their work? Or is the difference between those who succeed on the job market and those who do not lying no as much in the ability as in the persistence and luck? 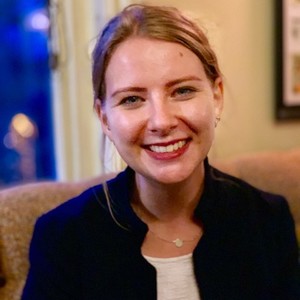 I am a social/political psychologist interested in the interplay between social identities and political structures. I am currently working on a project examining the impact of consuming political satire.
Follow

Andrew McNeill
over 2 years ago

Very nicely written - thank you for being so candid and encouraging, Karolina. Watching your career from afar (via Twitter and hearing of it through colleagues) it seemed like everything was seamlessly working together. The inside story has a little more ups and downs - which is very encouraging for so many ECRs.