The number 3 represents something special for many people, even if it only is the crudely downward adjusted version of pi. For most PhD students, the number 3 is the sword of Damocles that was put in place above them the moment they entered grad school.

By Leonhard Waschke and Richard Gao.

The majority of PhD students aim for three first-authored publications before graduating, either because examination regulations require them to, or because they were forewarned that this number is the minimum to ensure competitiveness on the scientific job market. For PhD students in different fields, this number is can vary - smaller for some (like in molecular biology), larger for others (like in machine learning), but the effect is the same: the immediate and permanent pressure that stems from this numerical goal undoubtedly impacts a trainee’s health, their perceived (and actual) career trajectories, and the quality of science they produce and scientific education as a whole. In this piece, we - two late-stage PhD students in the U.S and Germany - briefly highlight the personal and institutional issues arising from the publish-or-perish mindset. We suggest potential mitigating mechanisms that could help to keep young scientists and science in its entirety healthy.

As psychologists and neuroscientists, many of us are familiar with the effect of chronic exposure to stress on lab animals. For a PhD student, this stress comes not in the form of a potential footshock, but the impending pressure to always be publishing. Of course, a career in science is not the only or even the most stressful one - we would be foolish to think that. However, there are a number of challenges that are unique to an early trainee in science, which the pressure to publish only aggravates further. We won’t belabor the mental health crisis graduate students are facing in this piece, as it has been detailed in many such perspectives recently. However, to what degree students suffer from the challenges of graduate school does not only depend on their general health and resilience towards such stressors, but also on their scientific and personal support network.

It is a misconception that supervisors and colleagues in the lab do not carry responsibility for a PhD student’s wellbeing. Especially given the fact that many students relocate in order to start their PhD and hence get stripped of their social contacts (at least temporarily), supervisors and lab peers are obliged to take responsibility for each other’s sanity. It’s about the generation of an atmosphere in which everyone feels free - and encouraged - to show weakness and take time for self-care.

Universities on the other hand can do more than that for the health of young scientists and much more than what most of them offer right now. Low-threshold and preventative psychological support systems that are maintained by the university or research institute are essential. They could help to alleviate minor crises and prevent psychological disorders from being untreated over extended periods of time. This can be implemented through a person in the department who regularly and casually checks in with the student or in a form as innocent as your weekly sponsored departmental happy hour. The necessity of counseling sessions for students in times of crisis is undoubted but access to such offers should be greatly simplified. In addition, students should feel certain of the possibility to address their problems and needs at any time, especially if lab environment and supervisor don’t happen to be interested in such matters.

The publish-or-perish mindset is not alleviated at the moment of a successful PhD defense, however, and one’s PhD publishing record has long lasting implications. In order to persist in academia, PhDs applying for job positions and funding will once more be evaluated based on a well-known currency: the number and impact of their publications. Resources and jobs young scientists are competing for, however, differ considerably depending on location. We can only compare the systems of the United States and Germany as these are the scientific environments we grew up in, but take this as one example of prevailing international differences. For example, while there are a number of junior faculty and tenure-track positions opening each year in the U.S., the German university system only recently started to consider the possibility of a tenure-track. A young postdoc in the US can apply for tenure-track positions (and eventually even get one) before having acquired millions in third party funding, but German calls often come with entry criteria that are impossible to fulfill by early career scientists (some universities even ask for a minimum Hirsch index). Additionally, teaching professorships or permanent teaching positions are potential options for scientists in the U.S. who put emphasis on communicating their knowledge and educating young minds. Such opportunities are rarely available in Germany, salaries are an impudence and almost none of them come with a permanent contract. A young scientist in the US hence may get the chance to build their own small research group and start to establish an own scientific agenda, while a young German scientist will, unless they score a major grant, continue as a postdoc for several years without a real alternative. On the other hand, a postdoc without major personal funding is a viable route for many young researchers in the United States. Their publication record during the PhD, however, may discourage them to even pursue a postdoc as a career in science may be deemed futile without a prerequisite number of papers in those early but crucial years of scientific training.

Impact on Science and Scientific Education

On a more general note, the early emphasis on quantity does not only lead to a preference for safe and rather small projects over innovative and more risky endeavors, but also affects the replicability of scientific findings. If every project, regardless of its methodical rigor, sample size, or the strength of found effect necessarily has to result in a publication as quickly as possible, the proportion of published but potentially non-replicable findings increases, which in turn hinders scientific progress. Although the explicit notion of a minimum number of publications appears as common in the United States as it is in Germany, specific degree requirements vary widely over universities and departments. A student at university A might be required to take courses and study for exams in addition to their work as a teaching assistant while a student at university B may focus solely on their research work. Regardless of this difference, when applying for jobs or funding, both students will to a large degree once more be evaluated based on the same measure: the number and impact of publications.

This has another ugly consequence for the academy: training for and experience in graduate student teaching is almost never prioritized, and often explicitly frowned upon. When research output is the first and foremost priority, other duties of a multi-faceted scientific environment inevitably fall by the wayside. It’s not uncommon to hear a well-intending supervisor to advise their PhD student to do as little TA work as required, and no more. The result? Professional academics who are not only poorly trained for educating the next generation of scientific minds, but who have an inherited attitude that teaching is simply a nuisance in the way of what really matters: publishing. Explicitly considering teaching activities in the evaluation of funding applications or job interviews, and valuing them as equal to the work poured into publications is deeply needed. Thereby, this dangerous state of affairs could be transformed into a system that values the education of new prospective scientists as much as high impact publications, via a PhD’s teaching statement, prepared course materials, and previous teaching experiences.

Science should be great for everyone

Please don’t get us wrong, we believe that growing up in science can be the most wonderful thing. As a healthy and resilient student with a strong social support system as well as lab colleagues and supervisors who care about the wellbeing of their fellow humans, nothing can be more stimulating, rewarding, and fun than pursuing a PhD. Many students, however, are not half as lucky as we were, and we feel that it is imperative for science to offer all talented minds equal chances and support. If this involves gradually or drastically changing the scientific landscape to a more wholesome and healthier ecosystem, we are more than happy to embrace change. But for now, some will continue to view even this blog post itself as simply time away from doing research - that is, a waste - and we hope the perspectives we offered here will at least nudge the academic community in a different, healthier, direction. 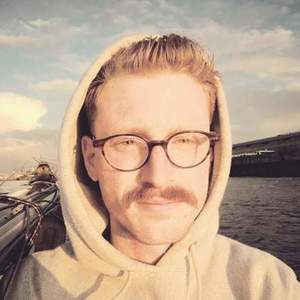