Science should not be limited!

We were motivated to write this letter by a call on the Nature Human Research page: “Is it publish or perish for PhD students?” We aim to encourage PhD students and young researchers to test the system! Is this what we expect from research? To bring innovation, to have a new piece of art, to improve what exists? As researchers, it is our job to question everything, including research. Science is produced with conflict, which can be concerned about anything; it could be disagreement from an “old” idea or from a colleague. A pleasant and vibrant research environment is made of discussion: discussion of ideas, thoughtful discussion, good discussion. We are always seeking the newest: the newest work, the newest idea, the newest method, the newest thinking. How can we do “new,” when we are looking to “old”?

The book “Discourse on Method” (Descartes, 1998) is considered by many authors as the first book of modern philosophy, presenting the theoretical basis for modern science. The book discusses the problem of how humans acquire and believe in knowledge. Descartes problematizes the human relations with reality. He places a perceiving subject as opposed to a perceived object. This opposition was ground-breaking to philosophy because the way that men theoretically validates their judgment of the material world had never been thought of as a problem. The validity of human methods of acquiring knowledge will ensure the validity of the knowledge. Descartes had constructed a method to know, to find out how to know, and how to attribute truth to something. According to him, the first rule of his method is “never to accept anything for true which I did not clearly know to be such (Descartes, 1998).” This is called, nowadays, scientific thinking.

Should we abandon everything? There is no way to do the next step without having a solid ground. It is essential to learn the base that will support our work. How can one define when the “necessary ground” is solid enough? Maybe, each one knows how much he/she needs. There is no rule in science; at least, we are arguing that there should not be one. Is this anarchy? No! Our discussion is about “publish or perish.” Then, let us start with publishing. Can you think about Vivaldi without “Four Seasons” popping to your mind? Is Vivaldi a great musician? Yes, at least for us. May you disagree? Yes! Will this opinion change Vivaldi’s work? No. Why is he famous? Not only because he produces wonderful music, but because he publishes it and most people love it. He wrote “Four Seasons” and could keep it in a drawer! Nobody would have ever listened to it. Would “Four Seasons” be a great piece, for most people, if it had never been published? Even though the piece is still the same, then one could argue that of course, it would have been great. However, nobody would ever know, and it would have been the same as if it had never existed. It highlights how important it is to communicate our/your work. Without publishing, we are not able to discuss this work. Without discussion, we are not able to do science.

Then, should we perish without publishing? For us, this turns out into another problem. How to find jobs? How to be able to achieve good positions? It is impossible not to be evaluated. Who is better than me? Who is worse than me? Did I publish enough to finish my PhD? Did I publish enough to get a job? Have we transformed science into a counter of published papers and citations? Is this fair?

Freud (1949) argues that an individual gain a lot of power from his association with a group, and because of it, an individual feels safety in that group. However, this feeling of belonging leads the individual to a loss of consciousness. The two main ideas are: 1) the group seems to be a unified thing that works in harmony. Because of this, any incident within the group reverberates throughout the group and can influence its actions. But, if an individual of this group is placed in isolation, his behaviour would be completely different from how he reacts in the group; 2) a group is usually formed for a specific purpose.

We are in a group that has done evaluations in a specific way for a long time. Did we get to the point that the manner that we are doing it is the right one just because we are used to doing it? There is not a unique way to do an evaluation; there is no best way. But, we do need one. The aim is not to have the best system, but to have a fair system. Is it possible? The concept of fairness is very questionable. What is fair for me may not be fair to other people. What we are calling as a ‘fair system’ here is to have a most unambiguous (public) system, where there are no obscure lines, undercover rules, malicious decisions. Is it possible? We should try it! Probably we will never get to perfection. However, few unfairnesses maybe non-intentional and, in our opinion, this is as close as we can get to fairness.

Under a “fair” world, should I publish or perish? We must do our work! The first important thing to keep in mind is to pursue science. To work with something relevant, even if it is only relevant for a specific field. Good work will always have space in a journal. Publishing should not be the aim; publishing should be a consequence. However, there are pre-set “rules.” Consider a hypothetical university and field where to finish a PhD is necessary to have at least two published papers. What can I do as a student? Could I have chosen to go to another university? Why did I go to this place? Who is wrong?

Generally, it is easier to blame it on others than look into ourselves. How to find a balance on all these questions? The balance is a particular matter that everyone should think about. Each one of us has a different way of thinking and what is good for me may not be good for you. It is a subjective matter. Each one of us must find our way: our way to do research, our way to publish, our way to work, our way to handle the “system.” However, we can never forget, we make the system. The base of the “scientific system” is to be evaluated by peers. How many of us have not complained or heard someone complaining about a nonsense review of a paper, or a research grant proposal, or an academic evaluation? Do we want it to be different? Oh well, we make the system, we are the “peer,” this is our system! When you are the person behind the evaluation process, are you doing the same thing that you complain?

“Faites comme moi, mais ne m'imitez pas (Do as I do, but do not imitate me)” is a famous citation of Jacques Lacan. This quote may be the sincerest truth. Our interpretation of this citation is: “do as I do” means that he was pursuing his way, and we should do the same, seek our way; “but do not imitate me” means not to copy, to not be equal to him, to not pursue the same exactly path that he chose. Lacan (1980) said at a seminar in Caracas, “C'est à vous d'être lacaniens, si vous voulez. Moi, je suis freudien (It is up to you to be Lacanian if you want. I am a Freudian),” he was saying that he followed a path based on Freud's work, and it is up to you to start your path where he stopped or any elsewhere.

As humans, we have our ambitious, we would like to be respected by our peers, we want a good job, and we want to make a difference. We finish this letter quoting Max Planck:

“A new scientific truth does not triumph by convincing its opponents and making them see the light, but rather because its opponents eventually die and a new generation grows up that is familiar with it (Planck, 1950, p. 33).”

Adriano Polpo is an Associate Professor of Statistics at The University of Western Australia, Sofia Lieber is PhD student of Applied Linguistics at the Pontifical Catholic University of Sao Paulo – Brazil, and Carlos Pereira is Senior Professor at the University of Sao Paulo, Visiting the Federal University of Mato Grosso do Sul, Brazil. Carlos finished his PhD in 1980 at Florida State University. Adriano met Carlos in 2000, and he was the PhD supervisor of Adriano, that completed his PhD in 2005 at the University of Sao Paulo. Sofia met Adriano in 2004 when she was doing her undergraduate studies in Psychology, and now she works with psychoanalysis and sign language with deaf people. The authors are different in seniority, a middle career, a PhD student, and a Senior: two Statisticians and one Linguist all with a strong influence in applications. Different in intrinsic aspects, we have a convergence on the idea of this letter.

Freud, S. Group Psychology and the Analysis of the Ego, translated by J. Strachey, London: The Hogarth Press and The Institute of Psycho-Analysis, 1949. 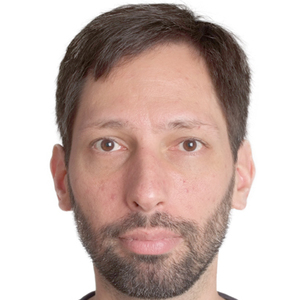 Dr. Adriano Polpo is a statistician who likes to develop new methods and to study the statistical theory underlying practical approaches, and to do so properly he considers that it is necessary to work with real challenges. In the search of such challenges, he was introduced to many different problems in Statistics and collaborated with many researchers in other fields.
Follow