The hidden costs of publication metrics: Can the pressure to publish crowd out our intrinsic motivations to produce good science?

Few would argue that a key factor in career success for academics is the ability to publish peer reviewed articles, as this remains the key metric of success. Given that the trend in many research areas is towards fewer permanent full-time academic jobs, in order to be competitive it is increasingly necessary for PhD students to publish papers during their candidature so as to develop a publication record by the time they are seeking a post-doctoral position.

In this way, publication is firmly established as an incentive for both established and emerging scholars alike. This appears to be effective at promoting the production of science, which according to at least one study, approximately doubles in output every nine years.1

As a relative newcomer to academia and the need to ‘publish or perish’, I’m not sure that this ‘incentivisation’ is entirely a good thing. Although I studied undergraduate science, I initially found myself working across a range of policy roles within government. As a result, the formative years of my professional life were spent in an environment that bears little resemblance to academia’s ‘publish or perish’ model.

In contrast to academic publishing, the policy work I was involved in was almost always collaborative, very rarely involved individual attribution, and was rarely intended to be publicly available. (This should not be misunderstood as anything clandestine, but rather it was the kind of background business of devising, planning and negotiating policy in support of the Minister’s public policy positions).

This meant that the work on which I collaborated was attributed only to the policy unit, department or Minister, and never to the individuals who made up the team that produced it. Yet, I did feel a sense of ownership of the work and was genuinely happy to have contributed to public policy, even if it was difficult to point to specific measures and say ‘I did that’. I found this work environment to be one in which I was freely willing to share my ideas or to happily adopt and contribute to the better ideas of others.

A number of years later I found myself undertaking a PhD in the fantastic ICON Science lab. Perhaps the first thing I noticed about academia was that everybody put their names on their work, and were very interested in achieving ‘outputs’. Yet I embarked upon this journey with my willingness to freely share ideas intact. But as I began to better understand the landscape of academia and to appreciate the need to ‘publish or perish’, at some point I found that I’d become more protective of my ideas, and was now more hesitant to share them freely, lest someone gazump me and publish first. I also found that, rather than planning the most rigorous of papers, I had begun viewing them in terms of the minimal requirements for publishing. It has also resulted in a sense within me at various times of, ‘why would I bother with that If I’m not going to get a paper out of it?’

The ‘salami slicing’ of research into as many publications as possible (the so-called ‘least publishable units’) is a well-documented consequence of the requirement ‘publish or perish’, about which there are multiple points of view, for example see Owen (2004)2 and Siegel and Baveye (2010)3 for alternative perspectives.

Reflecting on my own experience however, I think there may be other unhelpful effects. In moving from a work environment that was chiefly collaborative and with no specific requirements to achieve minimum outputs (there were performance measures, but these were not in the form of producing minimum numbers of widgets) to one where I am judged in a large part on the basis of the number of publications that I produce, the need (‘incentive’) to publish has changed the attitude with which I approach my work.

In essence, the difference between these two experiences are that when I worked for the government, no individual owned the ideas, whereas once I moved to academia the incentive to publish resulted in an effective commodification of ideas which, at least in my case, made me more protective of them.

This is reminiscent of Titmuss’ (1970)4 argument that paying money for blood donations would undermine social and altruistic values and actually reduce the willingness to donate blood.

But how could an incentive for a task undermine performance, especially if that task is a core aspect of one’s profession, as in the case of publishing academic papers? And anyway, doesn’t economics tell us that if you offer a bigger incentive for something, it will increase the supply of that thing?

It turns out that standard economic theory fails to distinguish between internal and external sources of motivation, with the result that anomalies to this rule of incentive-driven supply can result.

This effect is often termed the ‘crowding-out effect’ and has been observed in a wide variety of contexts, including blood donation as argued by Titmuss (see Frey and Jegen (2001)5 for a comprehensive treatment).

Frey and Jegen (2001) offer an example that may be familiar to parents, of the child who is paid to perform a household chore; once the child expects to receive money for the task, they are willing to do it again only if they receive a similar monetary reward.

Yet this kind of effect would appear only to be problematic when a temporary incentive is put in place, and then later removed, the intrinsic motivation having been crowded-out in the meantime. It seems unlikely that the incentivisation to publish will be removed any time soon.

However, crowding-out can also affect attitudes – in one example described by Bruno Frey, 51% of residents surrounding a proposed nuclear facility were in favour; but once they were offered compensation, the support actually dropped to 25%.6

Reflecting on my own experience, I think that something akin to motivational crowding has occurred for me, chiefly as a response to the pressure to ‘publish or perish’. Fortunately, because I’d had a very different previous experience by beginning my career in government, I was able to detect this as an undesirable change in my outlook, rather than to suppose that ‘this is just how it is’, as I might have done had this been my first career experience. However, I wonder how the ‘publish or perish’ outlook may deleteriously affect the attitudes of those who have known no other working context, and what the hidden costs of this may be.

It is difficult to prescribe a solution to what is a complex problem, but I hope that my perspective of experiencing this as a process of motivational crowding-out may be informative. No doubt this is one of many lenses that may inform potential solutions.

In my own experience, the key element that has allowed me to re-establish my willingness to freely share ideas is having good sharing and collaboration modelled by senior academics. In my case I am fortunate to have found myself in a lab with brilliant and trustworthy colleagues, including a trusted wider research network which has demonstrated by example that sharing ideas and collaborating freely is indeed beneficial to all contributors, as well as to producing science.

Given the well-known capacity for social norms to influence behaviour,7 I suggest that senior academics, especially those with tenure and thus less pressure to ‘publish or perish’, endeavour to reinforce best practice research norms wherever possible, and in particular to model good collaboration practices and the free sharing of ideas. 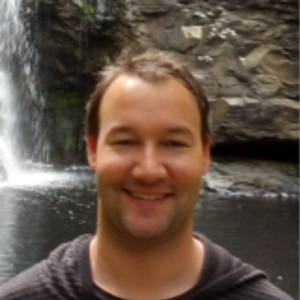 My research is mostly about how to frame messages for better biodiversity conservation engagement, though I share my time between this and working in government as a behavioural insights specialist. My training in science, social science and law gives me a range of lenses with which to approach problems. I am fascinated by science, and passionate about the capacity for good policy to deliver social outcomes.
Follow