A community from Nature Research
Nature Sustainability
On the Road

During the climate (and sustainability) week, hundreds of events took place in New York across spheres, including the official summits, academia, the private sector and civil society. Here's a quick stop to navigate what happened.
Aiora Zabala
Senior Editor, Nature Sustainability
Follow
Like Liked by Jenn Richler
0

The name of UNGA74 might say little to most, but the 74th Session of the UN General Assembly at the end of September had unprecedented importance for sustainability. The core of the so-called climate week took place in the UN headquarters in New York and included no less than five official meetings: the Climate Summit, the first Youth Climate Summit, the UN High-level Political Forum on Sustainable Development (HLPF; also called SDG Summit), the high-level dialogue on financing for development (FfD), and the high-level review of the Samoa pathway on small island developing states.

Government heads and ministers attended, followed by mayors, investors and academics from all over the world. The best abridged summary of what went on in the official events is by the Earth Negotiations Bulletin from IISD (*). Many other events were held across the city, such as focused academic conferences, activist gatherings, investors meetings and events for the broader public.

The main official outcomes of the SDG Summit were a Political Declaration (reaffirming SDG commitments and calling for accelerated action), and the announcement of actions toward the SDGs, acceleration actions, by stakeholders across the world. For example, carbon neutrality in Finland by 2035 or boosting education in Nigeria through teacher training. There are 124 acceleration actions and still counting. Apparently an organisation like SpringerNature can register their acceleration action too.

A hectic agenda filled the UN headquarters with colour.

As for non-UN events, there were many and diverse, from the popular climate strike, to events listed by The Climate Group and mostly addressed at the private sector and investors. A variety of major conferences (not governmental, more research focused) covered topics on artificial intelligence, this and this on investment, development, the Global Landscapes Forum, or the Global Pact for the Environment led by law scholars and practitioners. All these on sustainability, chose the climate week and NYC to host their regular meetings.

There's certainly a tide for sustainability from across fronts —governments, civil society, academics, the private sector— which speaks for the idea that governance can be led through setting goals, as opposed to the more traditional view of governing through regulation and enforcement. Is this enough? Not really, as voiced by the most viral speech of the week; we all ought be taking action at the scale that's feasible for us. There's no time to sit back and rely on what all these other stakeholders will do.

What about the science? It stroke me that most of the official speeches (including the summit openings) and panel discussions from the SDG Action Zone were about two things: emotions and action. Evidence from science (including the social sciences) was there to underlie some of the messages. However, discourses were more about general statements on our relation with the environment, states' particular political agenda, and great examples of action initiatives taking off to help people and nature around the world. The science was there (e.g. underpinned by the contributions of recent authors at Nature Sustainability, such as Messerli and Sachs). But the heart of the summits looked elsewhere, calling to emotions (and beliefs) to motivate action. It seems that the science needs to make a better way to guide action.

During my visit, I also took the opportunity to get to know the growing Department of Environmental Studies at New York University, the newest cohort of environmental economists at The Earth Institute, and the latest exciting collaborations and ideas from the Urban Systems Lab at The New School. It was also a delight to chat in person with our Nature Sustainability colleague in New York, Bill Burnside, and with colleagues from our sister journals, Jenn Richler and Fouad Khan.

(*) The IISD's ENB is also a great source to learn about any other international environmental meeting, such as those by IPBES, the World Circular Economy Forum, IPCC, etc. and their reports go back to at least 1993!

An interview with Dr. Goylette Chami

Who said environmental economics is dull? 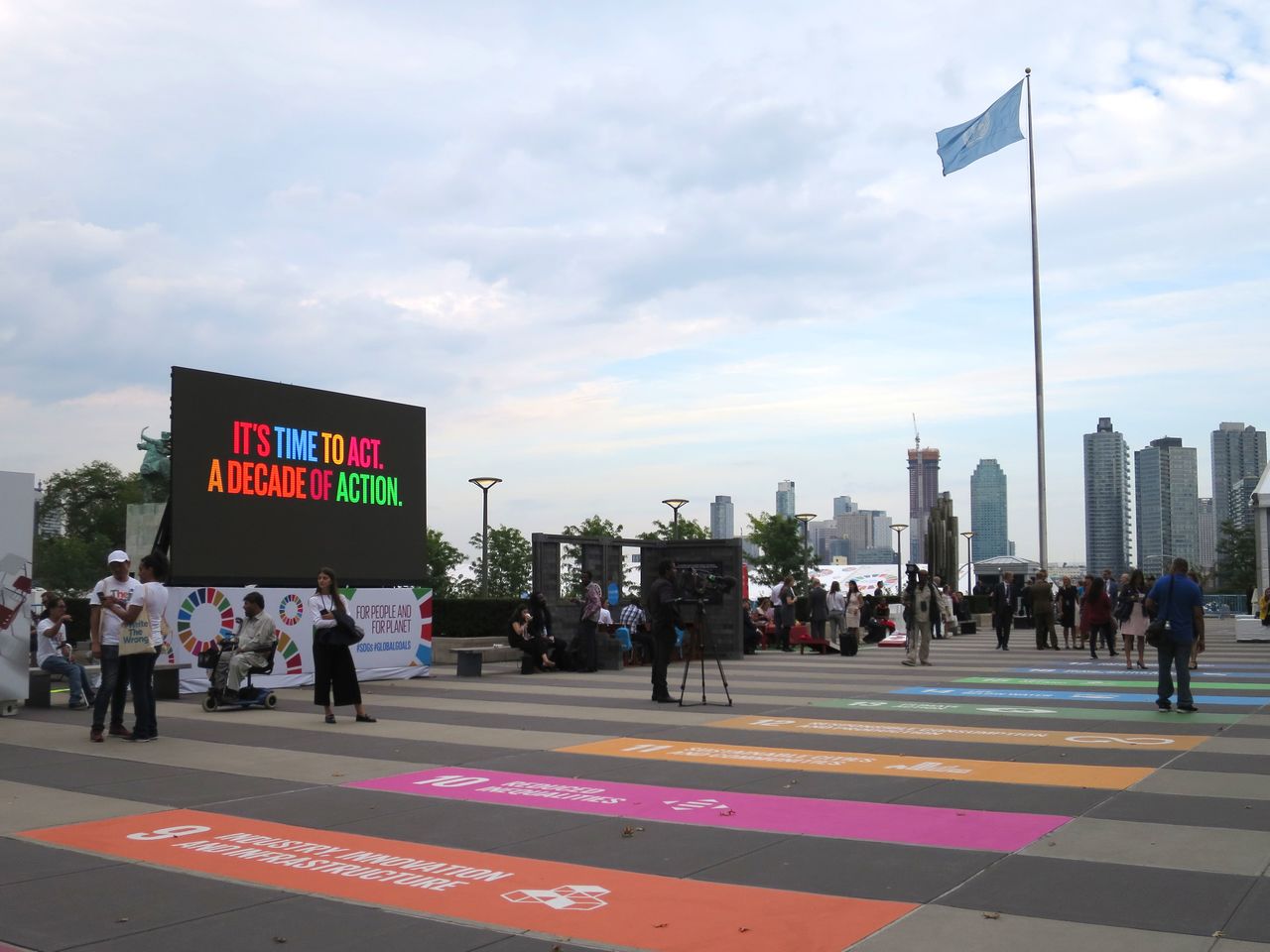 During the climate (and sustainability) week, hundreds of events took place in New York across spheres, including the official summits, academia, the private sector and civil society. Here's a quick stop to navigate what happened.