The fifth International Conference on Computational Social Science showed that we are entering an age of interdisciplinary scientific disciplines and science.
Mary Elizabeth Sutherland
Senior Editor, Nature
Follow
Like Liked by Ben Johnson and 6 others
2

This is readily apparent from the range of topics covered by both the keynote and parallel oral presentations. It would be easiest to describe the range by providing a list, but since nobody likes to read lists, I will instead discuss some of the questions that computational scientists are answering.

For example, to date it has been hard to understand how rumors spread and how they can influence behavior. However, with the wealth of data provided by Twitter and other, similar online platforms, scientists can now describe how misinformation spreads and can directly observe how people respond: do they spread it further or stop it? What are the factors associated with spreading (or not spreading) this information? Does it have to do with the individual’s position in their own social network, in the greater social network, or the content of the message? Or a combination of these factors?

Yet a whole other field of questions includes those about demography and health. Applying sophisticated computational modeling techniques to the large amounts of data on health has allowed researchers to understand patterns in fertility, disease, and the relationship between nutrition and various outcomes.

These example and many others led one of the local hosts of the meeting, Frank Takes, to provide a quantitative description of the interdisciplinarity of the participants at this conference.

“Computational social science is often said to be highly interdisciplinary, as it typically attracts researchers from both the social sciences as well as computational science. To investigate this interdisciplinarity in more detail, we consider the scientific field migration activity of 480 registered participants of IC²S² 2019. During the conference registration process, people were asked to enter their original scientific discipline as well as their current discipline. From this data, a so-called scientific discipline migration network was extracted. This network is shown in the figure below. Each node (circle) in the network is a discipline. Each directed link (arrow) denotes movement from one discipline to the other. The width of a link is proportional to the link weight, i.e., the number of people moving between the disciplines that the arrow connects. The size of a node and its label correspond to the node's weighted indegree, denoting the number of people moving to that discipline. The color of a node is proportional to its weighted outdegree, representing how many people move away from that discipline.

To me, the fact that computational social science is becoming its own field signals that we are entering a true age of interdisciplinarity, as we are no longer categorizing disciplines according to the questions that they answer but rather according to the way in which the questions are approached. The result is a field categorized by methodological rigor, technical expertise, and a broad range of interests and knowledge. This, in my opinion, makes computational social science a model of what modern science should be: rooted in data and technical expertise, but unbounded in the questions it seeks to answer.

Chathika Gunaratne
over 3 years ago

It's exciting that Computational Social Sciences is becoming its own discipline in it's own right and was great to witness the diversity of backgrounds of all the attendees of the IC2S2 2019 conference.

With it's coming of age, Computational Social Science does bring forth it's own set of problems, such as techniques to ensure scientific rigor that cross existing disciplinary boundaries, and relevant venues for peer-reviewed publication, given the huge diversity of methodologies being used by researchers in this field. I'm curious as to what the authors' views are on these issues going forward?

Mary Elizabeth Sutherland
about 3 years ago

Thanks for your comment, Chathika, and sorry for the delay in responding. When sending any manuscript to peer review, the editors at all Nature journals determine the expertise necessary to cover any paper. We therefore try to ensure that all techniques used in a paper are properly vetted, and do recognize that this often requires reviewers to concentrate on one aspect of the paper (e.g. on a specific method being used). 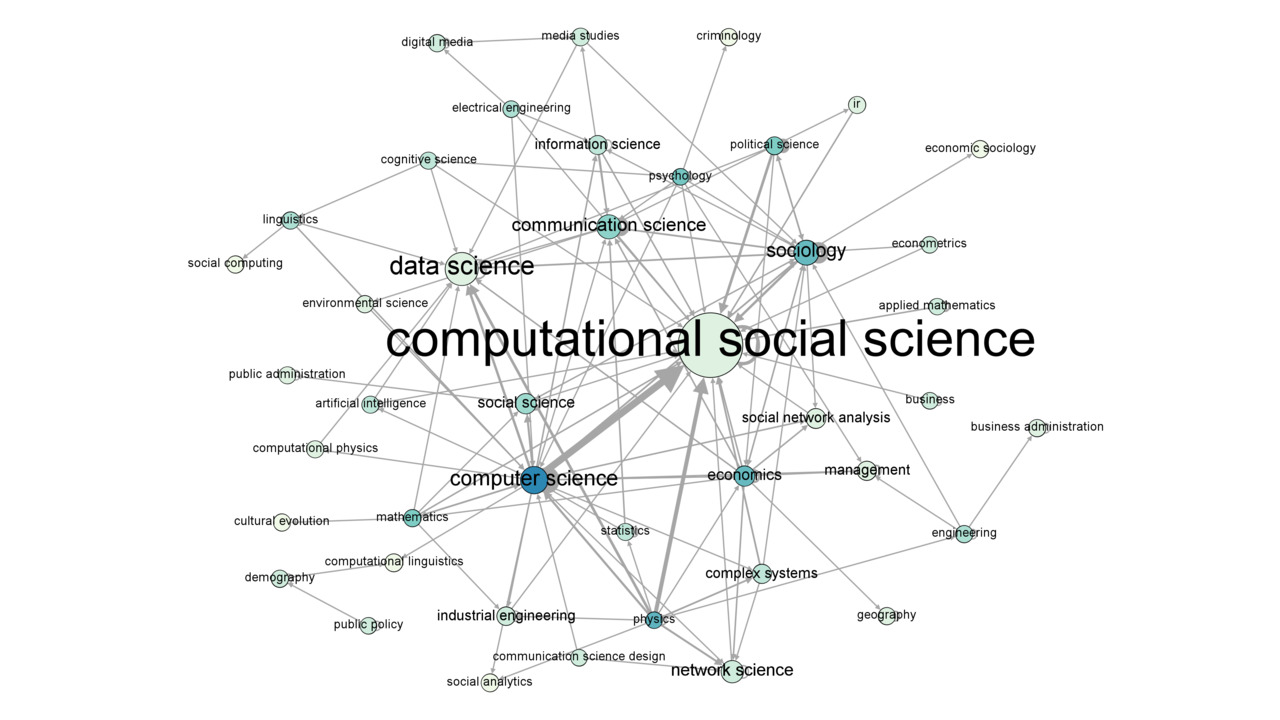 The fifth International Conference on Computational Social Science showed that we are entering an age of interdisciplinary scientific disciplines and science.