A community from Nature Research
Contributor Nature Nature Human Behaviour
Is it publish or perish?

Publish-or-perish in academia: a classic case of antisynergy

When we evaluate subjective qualities in terms of cardinally measurable objective parameters, we drive rational components of any social system to view the pursuit of the latter(symbol) as in effect pursuit of the former(actual). In academia this manifests in the phenomenon of 'publish or perish'.

“… Until around an hour and a half after the award (of Nobel Prize in Physics, 2018) was announced on Tuesday (October 2, 2018), the Canadian physicist Donna Strickland was not deemed significant enough to merit her own page on the user-edited encyclopedia”.1

On October 2, 2018, Wikipedia believed that a Noble laureate must be significant enough and hence a Wikipedia-page, which was denied earlier, was created for Donna Strickland. Here, the award of the Nobel prize, which is an objective fact, has been interpreted as an indicator of the researcher’s significance, which is a subjective phenomenon. How is this different from a situation where a student’s knowledge of Physics is evaluated in terms of marks scored in the examination, which means higher the marks- more knowledgeable the student is? Likewise, a shop owner would judge the efficiency of a salesperson by counting the number of units of commodity sold or amount of revenue generated. On similar lines, the output of a researcher is evaluated by counting the number of papers published and conferences attended, which means the more you publish, the better researcher you are perceived to be. Analytically what is common to all these situations is that a subjective quality has been measured through a cardinally measureable objective parameter. This may be generalised to suggest that a typical feature of the goals and desired outcomes of all social institutions, formal and informal, created through human effort is that they are all subjective in nature. All social systems are constituted by individual components which come together with certain goals. The system of academia consists of components as students, research scholars, faculties, research journals (including reviewers, editors, publishers etc.), practitioners applying the research, research funding agencies etc. In an ideal condition, the goals of the components should align with the goals of the system. Every system wishes to evaluate, and if necessary, improve its own performance. To this effect, the system starts evaluating the performance of its components. It is expected that the performance of the whole system would be greater than the summation of the performances of individual components. This, in an ideal system, is termed as Synergy. However given the subjective nature of both individual components and the system itself, accurate valuation of social output in its original form becomes practically impossible.

In order to facilitate a meaningful assessment of the performance of individual components and the system itself, it becomes an unavoidable requirement to construct a measurement metric in objective terms to ensure universality of metrics among identical systems. For instance, in academic circles, ‘h-index’ (an objective parameter) is an author-level metric that attempts to measure (subjective quantities of) both the productivity and citation impact of the publications of a scientist or scholar. Similarly, counting the number of research articles published and impact factor of journals in which papers have been published etc. are objective parameters to 'measure' a subjective quality- 'research-potential'. This necessity of measuring the performance of the system becomes such a compulsion that in absence of any objective indicator close to the subjective quality, sometimes the system ends up measuring a parameter just because it can be measured irrespective of the measured-parameter’s relevance to the subjective-quality intended to be measured. This phenomenon also finds place, to a certain extent, in Nobel Prize lecture of Friedrich August von Hayek titled ‘The Pretence of Knowledge’ as follows, “…And while in the physical sciences the investigator will be able to measure what, on the basis of a prima facie theory, he thinks important, in the social sciences often that is treated as important which happens to be accessible to measurement. This is sometimes carried to the point where it is demanded that our theories must be formulated in such terms that they refer only to measurable magnitudes”.2

The insertion of such an evaluation mechanism to assess performance of participating components shifts their preference from performing; to satisfying the evaluation mechanism and further to scoring maximum possible index on the scale. It’s a prevalent perception and an accepted hypothesis that a student good at Physics must score good marks in Physics-Examination. As soon as ‘ marks obtained’ becomes a criteria of judging students’ knowledge of the subject, students willing to be judged as a good student start working towards obtaining high marks in Examinations leaving aside the efforts to attain knowledge. This phenomenon, where individual components adopt strategies to obtain the objective parameters reflecting their performances and cease to care about their performance per se, is known as antisynergy. Some evident examples of this antisynergy in academic world have been quoted in an article on research misconduct where components (researchers and professors) of the system resort to strategies to enhance an objective parameter (number of papers published) to reflect subjective quality (research potential and research output).3,4 This results in researchers taking refuge in predatory journals by increasing their number of publications and doing counterproductive service to the research community at large.4 Another example is where a different component (funding agency) modulates the system through proposals of paying the researchers in proportion to number of their publications.5 Yet another example is where practices adopted by components like PhD scholars and research institutions have been found to lower the overall quality of research in their attempts to make a mark in terms of number of PhD’s and publications.6-8

The net result is that the moment subjective quality is being measured on the scales of objective parameters, individual components of the academia who are supposed to contribute to the advancement of the knowledge system may end up benefitting at the expense of the system. This situation is referred to as Antisynergy. 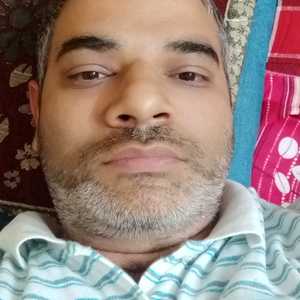 I am currently Assistant Professor in Physics at MIT Academy of Engineering, Alandi, India. Although I discuss primarily Physics with my students yet my interest varies from BMI (encompassing application of spectroscopic imaging techniques to study neural activity and neural response in case of AMD/ RP patients), econophysics and prime numbers.
Follow