Our study shows that climate scientists expressing some uncertainty in their predictions can bolster their credibility among the public. But it also illustrates that there are limits to this effect.

As a social psychologist interested in the science of persuasion, I was struck that from the literature, a basic principle seems to be that certainty is compelling. Scholars call this the “confidence heuristic”: in a variety of situations, studies show that people are most persuasive when they make statements with confidence.

My colleagues and I were intrigued by how this might cause a dilemma for scientists. Science is inherently uncertain, and scientists might want to honestly acknowledge the uncertainty involved in their claims. But as the confidence heuristic suggests, expressing any kind of uncertainty might make scientists seem less credible.

This concern might be especially heightened when it comes to the science of global warming. Historians have proposed that a handful of scientists (whom they nicknamed “merchants of doubt”) forestalled public concern about the global warming precisely by labeling the science as too uncertain to warrant action. Perhaps in the context of global warming, the public would see any kind of uncertainty as a sign that the science should be dismissed.

However, we thought that the public might be aware that complete certainty is implausible when making predictions of the future. It seems unlikely that people read the weather report and expect that the temperature will exactly match the predicted highs and lows. Indeed, research suggests that even when they are given a single estimate (e.g., “the predicted daytime high temperature is 67 °F”) people readily expect that the real temperature on a given day will fall in a range around the predicted value. So, when it comes to predicting the future effects of climate change, scientists expressing some uncertainty might in fact seem credible to the public.

We tested this idea in a survey of a nationally representative sample of 1,174 American adults, and found that respondents who read messages in which scientists expressed a full range of uncertainty involving both a best-case and a worst-case scenario (i.e., “Global warming will cause sea level to rise about four feet, but it could be as little as one foot or as much as seven feet”) trusted scientists more and felt that sea level rise was a more serious problem than respondents who read messages in which scientists did not express uncertainty (i.e., “Global warming will cause the surface of the oceans around the world to rise about 4 feet”).

But we found an important caveat: Too much uncertainty backfires. Other respondents read the same predictions about sea level rise with a best-case and worst-case scenario, and also read a statement that scientists believe that global warming will cause storms such as hurricanes to be more intense. They learned that these storms would lead sea water to cause damage farther inland than under non-storm conditions, thus exacerbating the consequences of sea level rise. Acknowledging this additional uncertainty about unpredictable damage caused through storm surges undermined the constructive impact of acknowledging a best-case and worst-case scenario for sea level rise.

We hope that this research contributes to a more nuanced picture of the role that uncertainty plays in science communication. Not all forms of uncertainty should be considered equivalent. Rather than labeling uncertainty generally as a strength or a weakness, scientists might work to understand the various impacts that disclosing uncertainty in different ways can have on the public and carefully weigh their pros and cons. 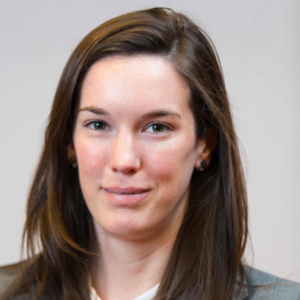