Publish or Perish: How Is This Still A Thing?

The answer to this question has many facets and will likely depend on who you ask and their answer is often reflective of their career stage. While PhDs generally culminate with a candidate defending their thesis, the process by which you reach there is different for different disciplines and differs widely across institutions and countries. Generally, a degree of Doctor of Philosophy (PhD) is the highest qualification awarded by a university, and it is earned by carrying out independent, original research work.

As I have been an international student and a product of the British higher education system, the experiences that I outline here are reflective of that. For the non-UK readers, a full-time PhD in the UK typically takes 3-4 years (sometimes up to 5-6 years but generally not more). In this process, doctoral candidates, alongside conducting their research and writing their thesis, are often encouraged to publish peer reviewed journal articles. To the best of my knowledge, most British universities don’t make scientific publications a requirement for the award of the doctorate and yet PhD students are under increasing pressures to publish as if that is the only mark of a successful PhD. The need to publish is partly motivated by the ever-increasing competition in both the academic and non-academic job market. While a scientific publication is often seen as the ultimate culmination of research, the speed of publication (from inception of a research idea to its execution) is vastly different across disciplines and is dependent on a number of factors such as availability of research infrastructure, quality of supervision, availability of funding in a research group, a bit of luck etc.

Like with many things in life, academic publishing is also a spectrum that (I think) goes from the exceptional Nobel Laureate Peter Higgs who has notoriously published fewer articles (Peter Higgs: I wouldn’t be productive for today’s academic system) to hyper-prolific academics who publish a paper every 5 days (see Hyper-prolific academics). The majority of us seem to lie somewhere in the middle of that continuum. However, it does seem that academia only rewards people from the hyper-prolific side of the spectrum. While Higgs is most definitely the pinnacle of academic success, such examples are incredibly rare, and the examples of successful academics are often the ones who publish a lot. Having said that, as science becomes more and more collaborative and interdisciplinary the rate of publications (and number of co-authors) is probably only going to increase. Naturally, the environment that it creates permeates to the foot soldiers of academia aka the PhD students.

Doctoral students are often led to believe that to “make it” in academia or to distinguish yourself from the crowd or to get grants/fellowships you need to publish frequently and publish a lot, otherwise thou shall perish in a competitive rat race that is the job market (or even any career progression for that matter). I firmly believe that a PhD is a protected time for research skill development and that universities and funding bodies need to safeguard PhD students from publication pressures. This is a sentiment shared by many and yet the advertised roles for both academic and non-academic jobs often put more emphasis on number of publications and their perceived impact (or prestige) rather than the candidate and the skills they have to offer. Even Declaration on Research Assessment (DORA) signatories are guilty of this (see this). As a result, the effects of such practices are often felt severely by individuals at the start of their careers. Moreover, due to the rampant publication bias early career researchers also find it difficult to publish null findings to produce the academic currency (i.e., publications) that they need to progress further. Decade after decade the volume of published scientific literature (and by extension citations) is growing exponentially, which has called the quality of scientific publications into question. An antidote to this fast paced science is the slow science movement, which is gaining a lot of traction among many eminent scientists. As much as I would like to get behind it, the present-day institutional structures coupled with my career stage will probably prevent me from doing so. In a recent article The Costs of Reproducibility, Russell Poldrack argues about aligning institutional incentives with the goals set by ECRs.

Furthermore, the newer crop of early career academics is already producing “scientific output” in more ways than before. This may take the form of outreach and public engagement activities, writing for newspapers, writing science blogs, maintaining software libraries, producing other online content (videos, podcasts) and there is some early evidence supporting this as well. Yet, you often see senior academics calling it a “waste of time”. When discussing perils of academic publishing and career progression with senior academics, you almost always hear a resounding sentiment to the effect of, “I know the system is broken but this is the best one we have”. I think this is simply a lazy excuse showing resistance to the changing landscape of science and scientific communication, which is no longer just via traditional publications. Therefore, the question is not is it publish or perish for PhD students but are traditional institutional structures relying on traditional metrics of success fit for purpose in 2019 and beyond? Will they still be relevant 50 or 100 years from now? Only time will tell. The bottom-up push to change science for the better has already begun and it's about time universities caught on. 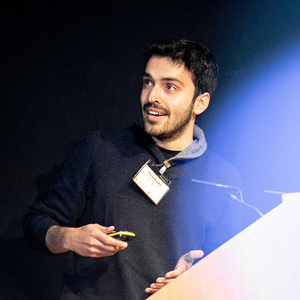 Research Associate, Centre for Neuroscience in Education, Department of Psychology, University of Cambridge

Hany Rashwan
over 2 years ago

This is a brilliant article Kanad, thanks for writing also about the pressure that falls on the non-EU scholars to prove themselves in an unfair working competition, after the pocalipse of the PhD process.  It would be great if we raise our concerns about the crasy fees of our working visa, I had to pay more than 6.500 pounds for the home office, and my university didn't pay a peni for my relocation with my family. UK is not any more attractive in terms of salary and working conditions, because of their TEF, Ref, hoffffff .