The Physics of Dissent

The recent revolutions in Algeria and Sudan remind us that bottom-up movements of people power can create sweeping political transformations. They did this in part by mobilizing huge numbers of active protestors—1 million in Algeria, and around 1 million in Sudan—which constituted impressive numbers in absolute terms. Yet due to coordination problems and the possibility of free riding—where those who stay on the side-lines can benefit from the results of mass mobilization without paying the costs or assuming the risk of participation—few mass movements have been able to mobilize significant proportions of their population. Algeria’s peak event during its “Smile Revolution” reportedly mobilized under 2.5% of the country’s population to effectively topple Bouteflika’s government in March 2019. And Sudan’s ongoing revolution, which reportedly mobilized fewer than 2.5% of Sudan’s national population, has already toppled the 30-year role of Omar al-Bashir and forced the transitional military council into a transitional power-sharing agreement with the opposition.

How do people power movements succeed while mobilizing modest proportions of the population? And how can dissidents successfully assess their power along the way? In our paper, we begin to answer these questions by turning to a simple metaphor: the physical law of momentum.

In the article, we propose that movement momentum is a product of participation (mass) and the number of protest events in a week (velocity) (p=mv). Evaluating this proposition required compiling observational data that contained information about daily protest events in many countries over a significant time, as well as how many people were protesting in a given day and place. Ideally, such data would have been available worldwide, however, no such data source existed that carried this level of detail. When we began our research, the Social Conflict in Africa (SCAD) was the only peer-reviewed regional protest database available that unearthed event-level data on protest events, the number of participants observed in protest, and state response on a daily level from 1990-2014 on an entire continent. (Today, such data are also available for Latin America, and SCAD has been renamed the Social Conflict Analysis Database).

We also wanted to find an indicator of whether mass mobilization had generated significant but discrete political effects in a given point in time. Therefore, we decided to use a tough test of movement success—irregular exit of the incumbent national leader—which provides a clear indicator that mass mobilization has produced a significant political transformation. We therefore combined the data from SCAD with the indicator for irregular leader exit from ARCHIGOS, and cross-checked the cases from ARCHIGOS against various instances of irregular leader departure to ensure that the cases we included were indeed protest-related. Further research should attempt to identify other discrete outcomes of interest to various movements—such as specific policy changes or reforms—that might provide other indicators of movement success short of the overthrow of a national leader.

To derive an indicator for momentum, we generated measures not only for the size of nonviolent dissident activities, but also for the concentration of mass nonviolent events over time. These, we argue, are interactive elements that jointly contribute to a movement’s potential to achieve change. We find a positive statistical association between the momentum and the probability of irregular leader change in African countries from 1990-2014. This means that the higher the number of people participating on a given day, and the higher the number of protest events in the past week, the higher is the predicted probability of irregular leader change.

These are timely findings, given the recent and ongoing mass mobilizations in Algeria, Sudan, Hong Kong, Puerto Rico, and elsewhere. The concept of momentum helps us understand, for example, why movements that maintain pressure through repeated large-scale methods—like Sudan’s opposition, which has used a combination of protests, marches, general strikes, and other forms of non-cooperation—have been able to maintain leverage and achieve continual concessions despite their opponents’ attempts to suppress their movements using brutal repression. When movements maintain mass and velocity, they maintain momentum.

In fact, the momentum metaphor is already in use among some U.S.-based activists and organizers. Some have used this concept to describe ways to seize key political opportunities to build power from below and effect political change. This approach has prompted questions about how movements can actively build momentum, as well as whether there are ways to assess the momentum of a social movement at any given moment.

Of course, because it relies on observational data analysis, the association between momentum and irregular leader change is not necessarily a causal one. But in-depth case studies, quasi-experimental studies, and replication of this analysis for other regions may help to strengthen causal inference and suggest that nonviolent activists can leverage publicly accessible indicators to estimate the momentum they deploy against their adversaries on any given day. Indeed, our findings point to an intuitive and straightforward way for dissidents to quantify their coercive power by assessing their participation rates and concentration of their activities over time. Our findings also provide an important revision to the assumption that generating large-scale participation at key events—such as holding a one-off, massive demonstration—is all that movements need to succeed.

Our readers should keep a couple of additional things in mind when interpreting these findings and their potential applications. First, research that draws solely on observational data from Africa comes with important caveats and post-colonial critiques. Historical legacies of imperialism, extraction, and exploitation of people, resources, and knowledge often echo in the research landscape today. For example, research on conflict and economic development in Africa overshadows other important issues regarding culture and society. By sharing our research on nonviolent dissent, we are part of this system--even as we seek to change it by studying how people have used their own agency to achieve justice and accountability. We hope that people will read our article alongside the rich body of work situated in the continent that sheds light on the ways that people living throughout Africa have engaged in protest and resistance against both colonial and post-colonial systems.

Second, among those cases we study here, most of the movements demanding the departure of the leaders were also demanding the expansion of rights, democracy, justice, or economic opportunity. Readers will note that irregular leader departure—that is, the overthrow of a national leader—does not necessarily lead to these outcomes. In many of our cases, the leader was ousted because the military stepped in to demand that the leader succumb to protestor’s demands—a move often welcomed by movement leaders and activists in the short term. The problem is that these military elites did not always relinquish their own power. Often backed by powerful allies—including the U.S. and European countries—regimes that take power following popular uprisings can be just as bad (or worse) than their predecessors. Egypt comes to mind as a recent example. Of course, many other mass movements around the world have suffered similar setbacks.

That said, historically speaking, movements that have used nonviolent resistance to oust long-standing autocrats from below have had a better track record than those using armed struggle in generating more democratic outcomes in the longer term. Countries in which movements have stayed engaged throughout the transitional process have fared better than those where the movements quickly demobilized after declaring victory. But the struggle for democracy, rights, and justice is rarely over when the leader departs.

Photo credit: Sudanese protesters march during a demonstration in the capital Khartoum, Sudan, Thursday, Aug. 1, 2019. Sudanese pro-democracy activists have posted videos on social media showing thousands of people taking to the streets in the capital, Khartoum. The Sudanese Professionals Association said Thursday that the rallies are demanding justice for the killing of at least six people, including four students, earlier this week during student protests in a central province. (AP Photo)

“Show me someone without an ego, and I’ll show you a loser” 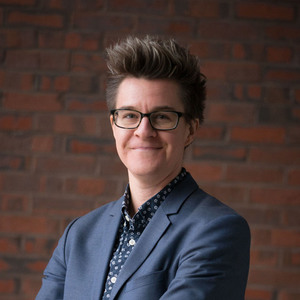