The results presented in our paper came from the Social and Economic Long-Term Monitoring Program (SELTMP) for the Great Barrier Reef (GBR); first designed and implemented over 2011 to 2013, under the leadership of Nadine Marshall. The monitoring framework, based on the Millennium Ecosystem Assessment and modified to suit the GBR context, includes a wide range of indicators that are helping GBR researchers and managers to better understand the relationships between people and the GBR, in an era of rapid environmental and societal change. SELTMP has gathered large-scale community survey data from only two points in time so far: 2013 and 2017. We are hopeful it will continue, and expect it to evolve as part of the integrated social-ecological monitoring required under the Australian Government’s Reef 2050 Long-Term Sustainability Plan.

In the past several years, the GBR has become symbolic of many human-environmental values that are threatened by climate change. Its iconic status, vulnerability to rising ocean temperatures, and exposure to a series of severe and cumulative impacts in recent decades have drawn global attention and strident calls for climate action from prominent scientists and conservationists. While the biophysical effects of mass coral bleaching in 2016 and 2017 have been well documented and reported widely, there has been little reporting of the associated social and cultural impacts, making our study novel and timely.

Our study benefited from the timing of sampling in 2017, which was dependent on funding from the Australian and Queensland Governments, and support from the Great Barrier Reef Marine Park Authority. From our personal interactions with local people in the GBR community at that time (e.g. tourism operators, managers, researchers and conservationists), we were aware of a sense of grief and empathy for the GBR and its well-being, and we wondered how widespread such sentiments might be. Exploring the emotional content of short text responses to the very first question in our survey of tourists; “what are the first words that come to mind when you think about the GBR?” (assisted by Lauric Thiault’s technical expertise), revealed a stark contrast between our two sampling points. Further investigation of a range of questions and indicators of place values, climate change attitudes, protective sentiment and self-efficacy also showed significant changes had occurred since our 2013 baseline.

The diverse authorship team, representing scientists from several disciplines as well as two Reef managers, contributed to a balanced interpretation of the results, in the context of the timeline of regionally significant events, and an up-to-date appraisal of the GBR’s outlook. As we developed the key points in our discussion and conclusion, we recognised our own role in promoting messages that can help to overcome the identified efficacy barriers. We have attempted to incorporate these ideas and messages in media articles associated with the paper’s publication, and in our ongoing research and engagement in this space. 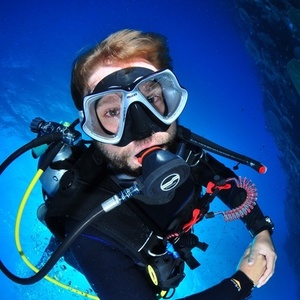 When I think about the Great Barrier Reef, I always have a beautiful picture of nature in my mind.

Me too! There is still a great deal of beauty to see and experience, and it contributes to our well-being.

In my memory, the beautiful and colorful Great Barrier Reef exists in the documentary. But reports say it is suffering some environmental damage. I wish it could last forever. It is also the wish of many of us. I believe your research will make an important contribution to improving the environment of the Great Barrier Reef.

Hilary Boudet
over 1 year ago

Thanks so much for sharing, Matt. I think it's very important to study how these events may or may not influence public opinion.