A complicated triangle of media, laws and guns

In 2007, I had just left Virginia Tech when it experienced one of the most gruesome act of mass violence, one that took the lives of 32 people, including a member of my doctoral committee and a role model for my academic career (Professor Liviu Librescu). Since then, I always kept in the back of my mind the wish to contribute methodological tools that could help us understand and prevent mass violence. For personal and professional reasons, this wish did not materialize into anything concrete for ten years.

In 2017, Shinnosuke Nakayama, a postdoctoral researcher at New York University Tandon School of Engineering (NYU Tandon), and I started discussing the possibility of extending some of our ongoing work on causality analysis to study the potential link between mass shootings and gun purchases. As a result of our discussion, we prepared a small request for funding to NYU, which jumpstarted this study published in Nature Human behaviour. At the beginning of 2018, we added Raghu Ram Sattanapalle, a master’s student at NYU Tandon, and Rifat Sipahi, a professor from Northeastern University College of Engineering on sabbatical leave at NYU Tandon, to the team.

When we started collecting data, we realized that the project was much more challenging than we expected. Data are difficult to retrieve and interpret: even the definition of a mass shooting has yet to be fully agreed upon by the scientific community. Raghu did a marvelous job in delving into the literature and reaching out to the FBI and gun shops to collate meaningful data that we could utilize in our research. Once the dataset was assembled, the mathematical research began, not without several hiccups in dealing with sparsity, trends, and seasonality effects in the time series – none of which is desirable when undertaking an information-theoretic analysis.

Working only with time series of mass shootings and gun purchases, we failed to detect any interaction. After struggling for several months, we involved James Macinko, a professor at the Fielding School of Public Health at the University of California, Los Angeles. In one of those rare illuminating group meetings, we came up with the idea that the relationship between these two time series is mediated by how people react to each mass shooting event. As a mirror of people’s reactions in the aftermath of a mass shooting, we used the volume of media coverage of gun control as a potential link between mass shooting and gun purchases. This was the breakthrough that helped us identify media output on gun control as a potential driver for gun purchases.

Our first submission to Nature Human Behaviour was rejected by the editorial board, but Editor Aisha Bradshaw gave us valuable suggestions that sharpened our study. Inspired by the editor’s feedback, we expanded the analysis to include media output about shootings but excluding gun control. This analysis helped tease out the tendency of people to buy guns because they fear that more stringent gun-control laws might be enacted, rather than because they fear for their own safety. We also undertook the detailed state-level analysis that clarified the role of law restrictiveness on people’s tendency to purchase guns in response to media output on gun control.

This paper might answer some questions regarding the “firearm ecosystem.” Many other questions are wide open, calling for interdisciplinary research across engineering, public health, and criminology. We hope to see more and more research on the firearm ecosystem, with support from philanthropic organizations and government grants. 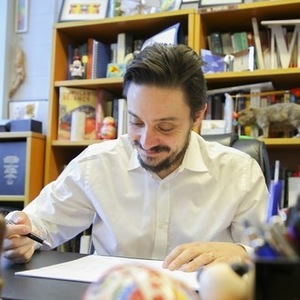