Anxiety is selective in modulating decisions under different types of threat.

At least once in our life, we have all experienced some level of anxiety and fear. Be it an exam, job interview or real mortal danger, these feelings often differ in both immediacy and intensity.

For example, imagine that you just come back from vacation, and realize that your bar exam is tomorrow - not next month as your diary states. Now, before you proceed further, imagine a similar, yet different scenario: you are already at the bar exam, and suddenly realize you studied from the wrong book. How would you feel about the two heart-wrenching (for a student, yes) situations listed above?

Of course, it will be a combination of fear and anxiety. But due to a difference in the time of the incoming threat, the ratio of fear and anxiety in the mixture would be different. In the former situation where you detected the threat one night before, though desperate, there's still the opportunity to pull an effective all-nighter. The threat is not immediate, allowing a grace period to strategize. That's where anxiety comes in more than fear. On the other hand, in the latter scenario, where you are caught on spot, ad-hoc preparation is no longer possible, making the situation dire. it's more a matter of fear and panic than anxiety.

This "tale of two unprepared exams" has been lingering on my mind since I myself powered through lots of last-minute exam rescues during the undergraduate years. And I've always wanted to adapt this idea into a research project. Mobbs et al., 2010 provided the initial spark for us to design such an experiment. While this previous study used tarantulas to install fear, we asked volunteers to make a decision trading off monetary reward and risk of electric shock from fast or slow attacking predators. A short introduction of the game can be found here:

This game gives us the advantage to study the fear/anxiety dynamics under an ecologically valid context, and at the same time provides the flexibility to manipulate the ratio of fear and anxiety (in Qi et al., 2018, we framed these concepts as reactive fear and cognitive fear for better accuracy). In that study, we identified the distinct neural networks associated with cogntivie and reactive fears respectively. However, what remained unexplored, is the link between the various anxiety mearsures and behavioral/neural responses from the participants.

The current study, built upon the predator game, strives to address the adaptive role of anxiety. We tested whether individual differences in trait anxiety would impact escape behaviour and neural responses to slow and fast attacking predators: conditions designed to evoke cognitive and reactive fear, respectively. We found that trait anxiety was not related to escape decisions for fast threats, but individuals with higher trait anxiety escaped earlier during slow threats.

An intriguing aspect of this is why anxiety exists in the first place. We often think of neuroticism and rumination as dwelling on worst-case scenarios, but they also allow the future possibilities to be more thoroughly fleshed out through simulation and imagination. Compared to those who are totally chilled out, those who are anxious might have actually predicted an unlikely event, and may be primed to react to it more quickly and appropriately. While the chillers are probably happy just winging it, this might be more of a problem when the stakes are higher.

However, in face of an immediate attack, behaviors are no longer impacted by how anxious they feel. Anxiety only acts as a secret sauce of decision making when there's still time to save the day. 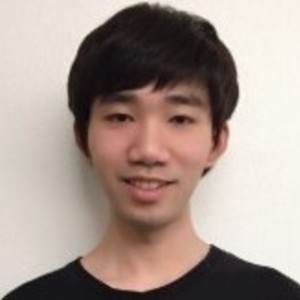 Song Qi is a Ph.D. student at Social and Decision Neuroscience division at California Institute of Technology. He received his M.S. in Psychology at Coumbia University and B.S. in EE/CS at UESTC. Song's research interests include fear and anxiety under ecological contexts, neuroeconomics, and decision making under threat.
Follow